Force India is making "too many compromises" to get its Formula 1 car working better, according to driver Sergio Perez

A rear-end stability problem has plagued Force India in 2018, with 15 of the 18 points the team has scored so far coming from Perez's surprise podium in Azerbaijan.

Technical director Andrew Green claimed at the last round in Spain that the team was only just getting the car to the level it had hoped to have achieved at the season-opener in Australia.

A new front wing is among several updates Force India has tested since then, but that part is yet to be raced because Perez said the team needs to get on top of its handling problems.

When asked by Autosport what the car is lacking, Perez replied: "It's downforce, basically, to be able to balance our car better.

"We're struggling quite a bit with downforce and therefore we need to make too many compromises on the balance."

He added: "When you see Barcelona, or other races, we're still lacking a bit. It will be interesting to see where we are around Monaco.

"It's really close between Haas, Renault, McLaren and ourselves. Whatever we can gain on a weekend can relate straight away to the final result.

"We're looking for small margins. I still think at the moment we're at the back of that group."

Perez started 15th and scored two points in Spain while team-mate Esteban Ocon, who has just one point to his name this season, retired from a likely top-10 finish in that race with an oil problem after starting 13th.

Ocon said it looks like Force India, which has made it into the final part of qualifying three times this season, is stronger in race trim than over one lap.

"In Barcelona qualifying we didn't have a fantastic pace, but in the race we were competitive," said Ocon. "We were going to end up [with] both cars in the points." 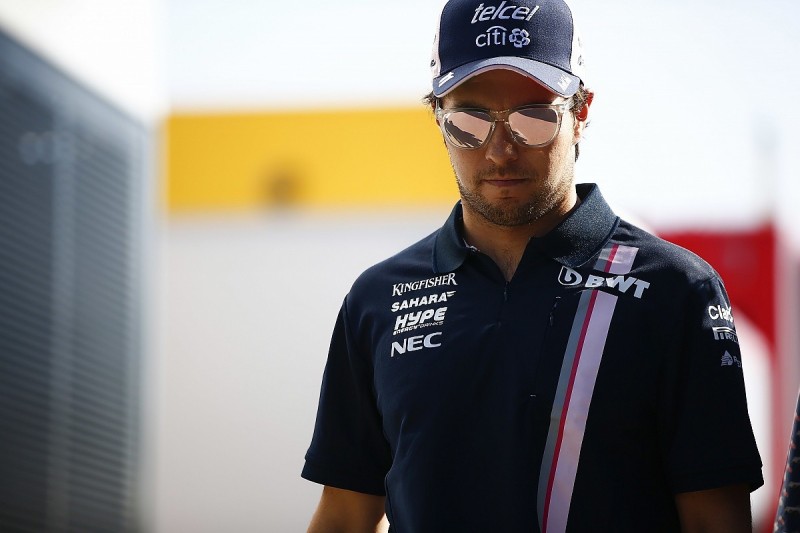 Perez said the team does "pick up a bit of a step" in the race but said he "shouldn't have been in the points" in Spain if it were not for several others hitting trouble.

The brace of points means Perez is 11th in the drivers' standings and Force India is seventh in the constructors' contest, two points behind Haas and 23 behind fourth-placed Renault.

"We beat one Haas, one McLaren, one Renault - teams that were quicker than us," said Perez.

"The [championship] picture looks better than where we should be at the moment. "Hopefully we can close up the gap."

Ocon believes the midfield battle will "evolve massively" throughout the season and Perez is confident Force India can beat its better-funded rivals in the development race.

"It's so related to getting the right upgrade, not everything you bring to the car always works," he said. "Being efficient in the next couple of races will make a big difference."