Lewis Hamilton fears Mercedes may only have the third-best Formula 1 car at Monaco this weekend, as he expects strong showings from rivals Ferrari and Red Bull

Hamilton endured a disappointing Monaco weekend in 2017, qualifying 14th and having to settle for seventh place in race.

It was the only grand prix in 2017 where neither Mercedes driver finished on the podium, and in the lead-up to this year's event its team boss Toto Wolff admitted he was "bloody worried" about a repeat.

Speaking in the Wednesday pre-event press conference, Hamilton admitted it was a distinct possibility that Mercedes again would not be a match for its main rivals on pure pace in Monaco.

"I do anticipate it will be a difficult weekend," he said.

"Not one that it is impossible, but it is a lot closer and we may not have the pace of the others.

"We will find out the true pace and identity of what we arrive here with tomorrow.

"I am excited for that challenge either way - if you look at last year, there were undercuts and overcuts [in the race], so anything is still possible."

But Hamilton stressed that Mercedes had "definitely learned a lot" from the disappointment of its Monaco showing in 2017.

"We are confident with our preparation," he said. "It has definitely been better than before."

Mercedes was actually the second-quickest car over one lap in Monaco last year - as Valtteri Bottas came up just half a tenth short of pole, qualifying behind the Ferrari drivers Kimi Raikkonen and eventual race winner Sebastian Vettel but ahead of the Red Bulls. 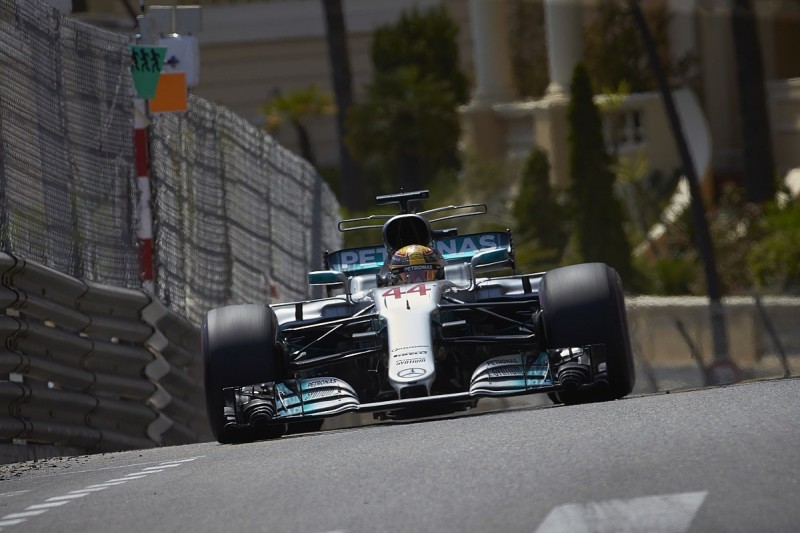 Red Bull successfully used a strategy shakeup to deny Bottas a podium finish, and Hamilton believes the Red Bull car could offer even stronger opposition in Monaco this year, on the evidence of its pace at the Barcelona circuit's twisty third sector last time out.

"If you look at the last race [Spanish GP] and testing in February, and even in the test the other day, the Red Bulls were particularly quick in the last sector," he said.

"That is where they are always very strong so you can imagine they will be incredibly quick here this weekend.

"Ferrari were very, very strong here last year but for whatever reason Red Bull didn't get it together - but maybe this weekend they will."