Kimi Raikkonen says Ferrari's recent run of engine problems is "a bit weird", after the team lost more ground in the Formula 1 drivers' and constructors' championship in Japan

His Ferrari team-mate Sebastian Vettel started the race second but was forced to retire early on with a spark plug failure while F1 title rival Lewis Hamilton won the race.

The problem comes after Vettel suffered an engine failure in Malaysia that prevented him from doing a timed lap in qualifying, and Raikkonen suffered a similar issue that stopped him from starting the race.

Hamilton has increased his lead to 59 points over Vettel with just four races and 100 points remaining while in the constructors' championship, Ferrari now trails Mercedes by 145.

"It's far from ideal for any of us when we have technical issues," said Raikkonen, who recovered from starting 10th on the grid at Suzuka to finish fifth.

"It's a bit weird because on Saturdays, OK Seb had an issue before qualifying [in Malaysia], but it has been twice now the cars are running fine in qualifying and the next time we go out on Sunday we found some issues.

"Obviously, it's nothing we expect, it comes out of nothing. We have to see why it is happening and fix it.

"It's one of those things that suddenly hits and there's not an awful lot that you can do.

"It's not nice, we have pretty good speed normally but if you don't finish the race, it's no use.

"We have to fix them and find out why lately we have had these issues." 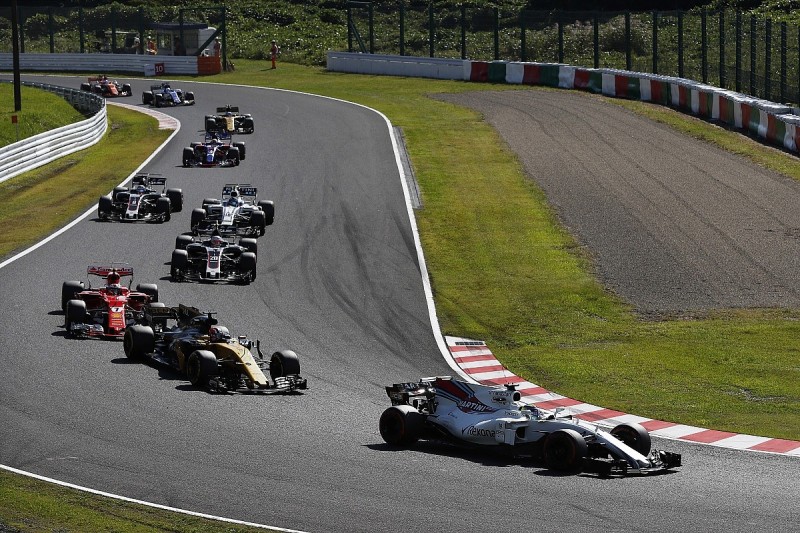 Raikkonen had a poor first lap at Suzuka, losing five positions after running wide when battling the Renault of Nico Hulkenberg before recovering to rescue fifth.

"We did a decent start with the soft tyres and then I struggled to decide which way to go," he said.

"I chose to go outside, I lost one place. I don't know where I came out compared to where we started.

"I tried to make my way through the cars in the first lap. I ran wide trying to pass the Renault, and lost some places, which I had to gain back.

"I had decent speed for overtaking but it obviously wasn't easy. We were just too far.

"The feeling in the car was a little bit tricky all the way through the race, not the nicest balance.

"Some laps were OK, some others a bit more difficult. The final result is far from being the best possible."