Ferrari has revealed plans to bring a ‘significant’ Formula 1 engine upgrade later this season when it introduces its final power unit components of the campaign.

Although there are homologation limits in place for engine manufacturers, which restrict them to just one update from last year, it has emerged that Ferrari has so far not unleashed all the changes it wanted to make with its 2021 power unit.

While other car makers introduced all their new components at the start of the year and must now stick to that same spec, Ferrari has instead been running some elements that are to the 2020 design.

Having run only some upgraded parts in its much-improved 2021 engine, it is therefore allowed to introduce newly designed elements when it brings in its final power unit of the campaign.

While the timing of the introduction of the new components is not clear, Ferrari team principal Binotto has confirmed that it will not happen before the Italian Grand Prix next month.

That means that the new power unit that Charles Leclerc will have to run from the Belgian GP, as the result of his Hungarian GP crash, will be to the current spec. 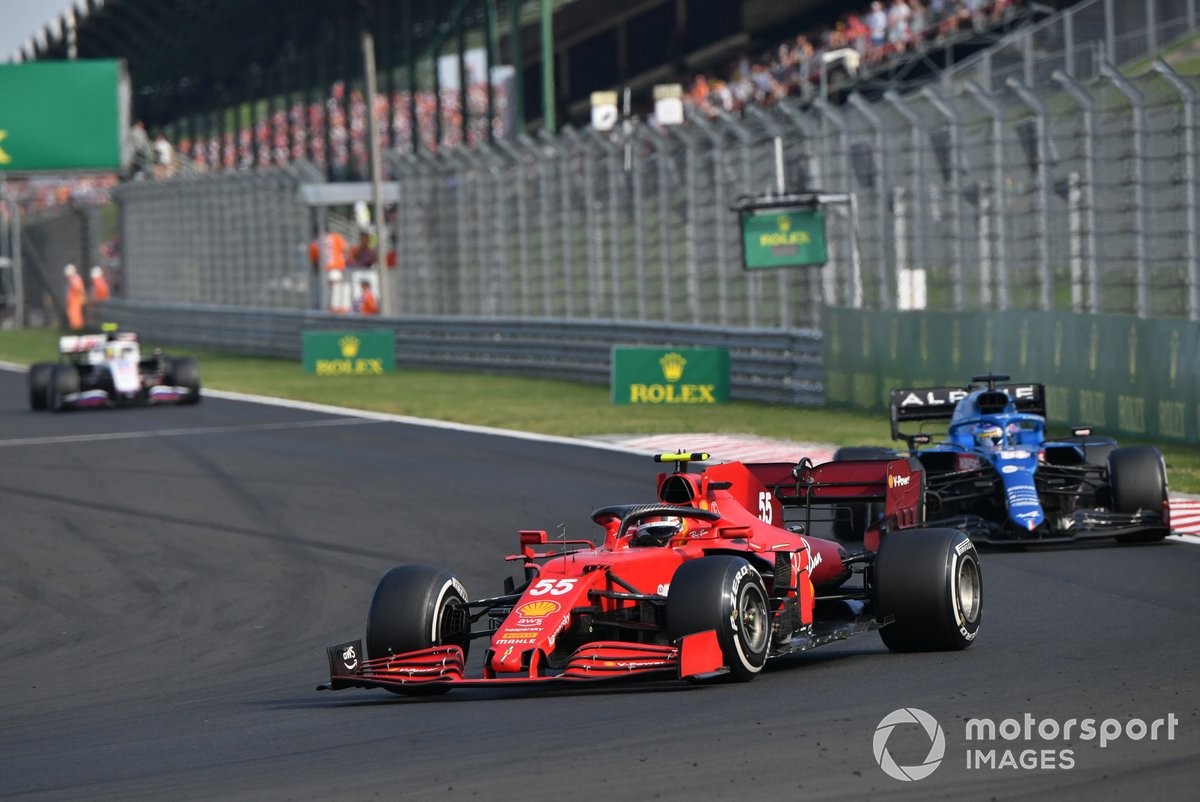 “Just to clarify what the regulations are in 2021: you may have a brand new power unit in 2021. It means that you may bring an update in all the components of the power unit, whatever it is ICE, turbo, MGU-H, batteries, MGU-K, etc.

“But what we did at the start of the season, we didn't complete the entire power unit. So there are still components which are the ones of last year.

“And we will bring an evolution of those ones. So, I think, that will be for us a significant step for the end of the season.”

With the new power unit not coming until after Monza, Ferrari is bracing itself for a tough time at the power-dependent tracks in Belgium and Italy.

Looking ahead to the prospects after the summer break, starting at Spa, Binotto said: “It will be a difficult race for us, because we are seven tenths short of the best and most of these tenths, at least 60 per cent, comes from the engine.

“We lack this compared to the best and therefore we consider ourselves to be behind Mercedes and Honda to date.

“On a track like Belgium, if you look at our simulations, it's a track where the engine matters a lot and on a qualifying lap I think the difference will be significant.”

What the regulations say

F1’s rules that were introduced in the wake of the coronavirus pandemic introduced strict limits in the number of engine upgrades that could be used.

And while, for 2020, teams had to stick to the same specification that they ran at the first race of the season, the situation changed for this year.

Instead, the rules state that a single upgrade can be introduced at any moment during the current season that teams choose.

Appendix 2 of F1’s Technical Regulations states about engine development: “From 2021 onwards, it means that one specification update is possible between end of previous season and end of current season.”