Aston Martin has failed in its bid to seek a review of Sebastian Vettel’s disqualification from Formula 1's Hungarian Grand Prix, after an FIA hearing on Monday.

The Silverstone-based team had hoped to get the FIA stewards to look once again at its case, after Vettel’s car was excluded from its second place finish in Budapest for failing to have a mandatory one-litre of fuel remaining for post-race checks.

Aston Martin initially believed that telemetry data from the car showed there to be 1.44 litres more fuel in the car than the 0.3-litres that the FIA initially was able to pump out.

It reckoned that a fuel system failure in the car had contributed to the circumstances and meant that the fuel had not been pumped into the tank where the FIA could access it. The team launched both a right to review request with the stewards, and also has formally appealed against the decision.

But at an FIA hearing on Monday, the FIA denied Aston Martin’s request to review the case because the latest indications from the team were that a mechanical problem potentially meant there was not one-litre of fuel left at all. 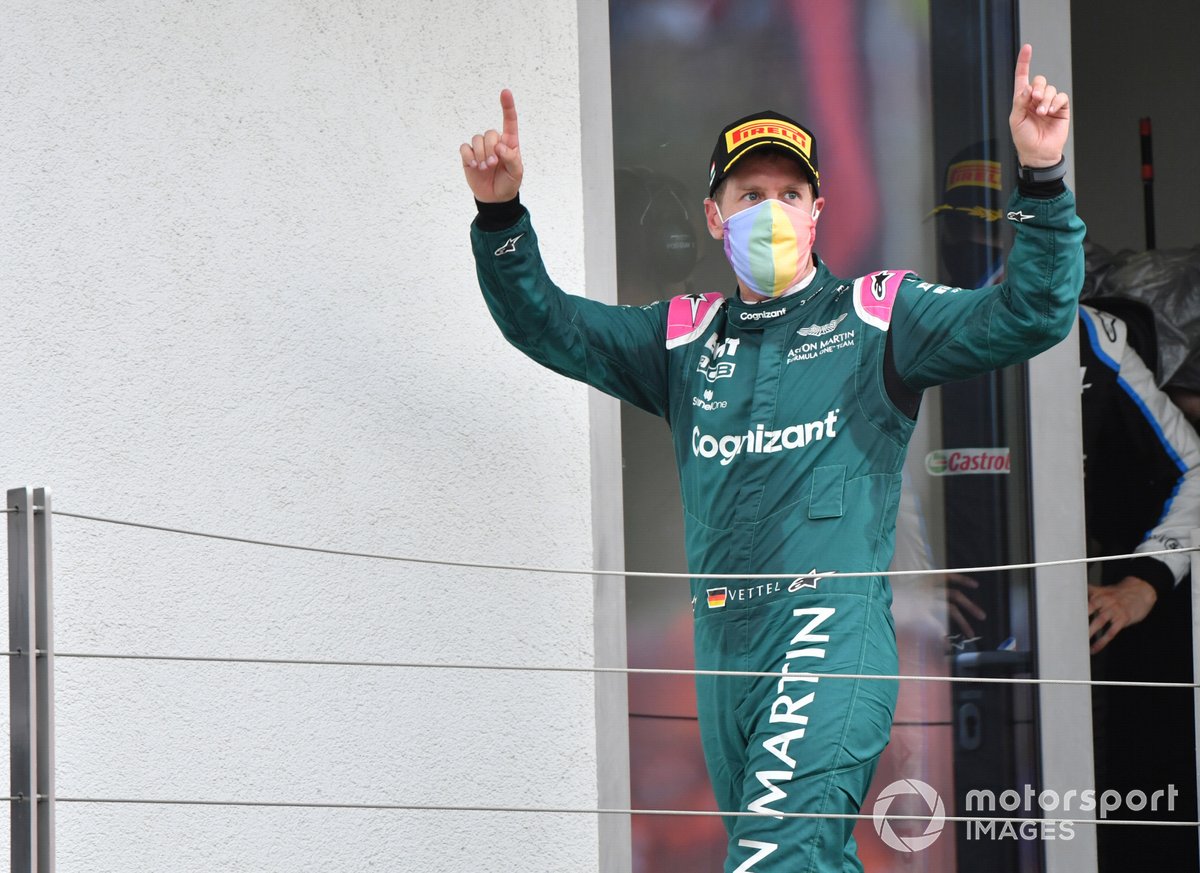 For the request to review to be accepted, Aston Martin needed to provide a ‘significant’ and ‘relevant’ new element that was discovered after the event and had been unavailable to the competitor at the time of the decision.

At the hearing, the team submitted analysis from more than 100 channels of fuel-system related data to show that there had been a fuel system failure in Vettel’s car.

This failure of fuel cell pressure meant the air pump in the fuel cell activated a maximum output which, by pumping air through the fuel cell, meant a significant amount of fuel was discharged from the car.

It was this failure that meant only 0.3 litres of fuel could be extracted afterwards.

The FIA accepted that this evidence, which pointed to a malfunction of the fuel cell pressure relief value, was a new element.

However, in light of further investigations conducted by Aston Martin, it emerged that the team believes that there was actually less than one-litre of fuel remaining in the car at the end of the race due to the fuel system problem. Therefore, the FIA felt that the new evidence was not relevant to the case.

The key original stewards’ decision was based on there not being the mandatory one-litre of fuel remaining, rather than dealing with any reasons why, which is exactly what Aston Martin’s latest evidence supports.

Otmar Szafnauer, CEO & Team Principal, said: “Sebastian drove brilliantly in Hungary and we are pleased to have been given the opportunity to show significant new evidence that we discovered since the race.

"We felt that the evidence we presented was relevant and demonstrated to the FIA that he should have been reinstated following his disqualification.

"Unfortunately, the FIA took a different view and, despite the fact that that the accuracy of our new evidence was not contested, Sebastian’s disqualification has been upheld on the basis that the new evidence was not deemed ‘relevant’. That is disappointing, and we will now consider our position in respect of the full appeal process.”

An FIA statement said: “For the assessment of whether or not the one-litre requirement was broken, it does not make a difference why there was less than one litre.

“There may be a couple of explanations why at the end of a race the remaining amount is insufficient. In any case, it remains the sole responsibility of the Competitor to ensure that the car is in conformity with the regulations all times (Art. 3.2 FIA International Sporting Code) and it shall be no defence to claim that no performance advantage was obtained (Art 1.3.3 FIA International Sporting Code).

“In order to be able to affirm a “relevant” fact, Aston Martin would have had to present facts that actually more than one-litre of fuel was remaining. The explanation why this requirement could not be met is not relevant to the decision as to whether a breach of the regulations has occurred.”

The FIA also did not accept references that Aston Martin made to teams complying with the purpose of regulations but not the strict wording by having exemptions when parts have been broken or lost in races.

It was on these grounds that the FIA rejected Aston Martin’s request to review the matter.