Mattia Binotto says beating McLaren to third in the Formula 1 constructors’ championship is a “clear objective” for Ferrari this year, helping the team work under pressure.

Ferrari cut into McLaren’s advantage in the fight for third in the standings last time out in Turkey, reducing the gap to 7.5 points with six races remaining.

The small margin comes despite McLaren’s 1-2 at Monza last month where the team picked up maximum points on race day, with its lead rising to 17.5 points after Russia before the tables turned in Turkey.

Ferrari has always maintained it is putting the majority of its focus on the new regulations in 2022 when it looks to return to the front of the field, making 2021 a transition year.

But Ferrari F1 boss Binotto said the push to beat McLaren was a target that had been made clear to the entire team, helping prepare it for battling rivals under pressure.

“It’s certainly a target that we have already communicated to the team,” Binotto said when asked about the importance of the battle for third.

“I think everybody is on board with that. It would be great to finish third.

“I think even working with the clear objective by the end of this season, it’s important for us because it’s a way of working under pressure and being trained to that.

“So yes, our objective is to finish third at the end of the season.” 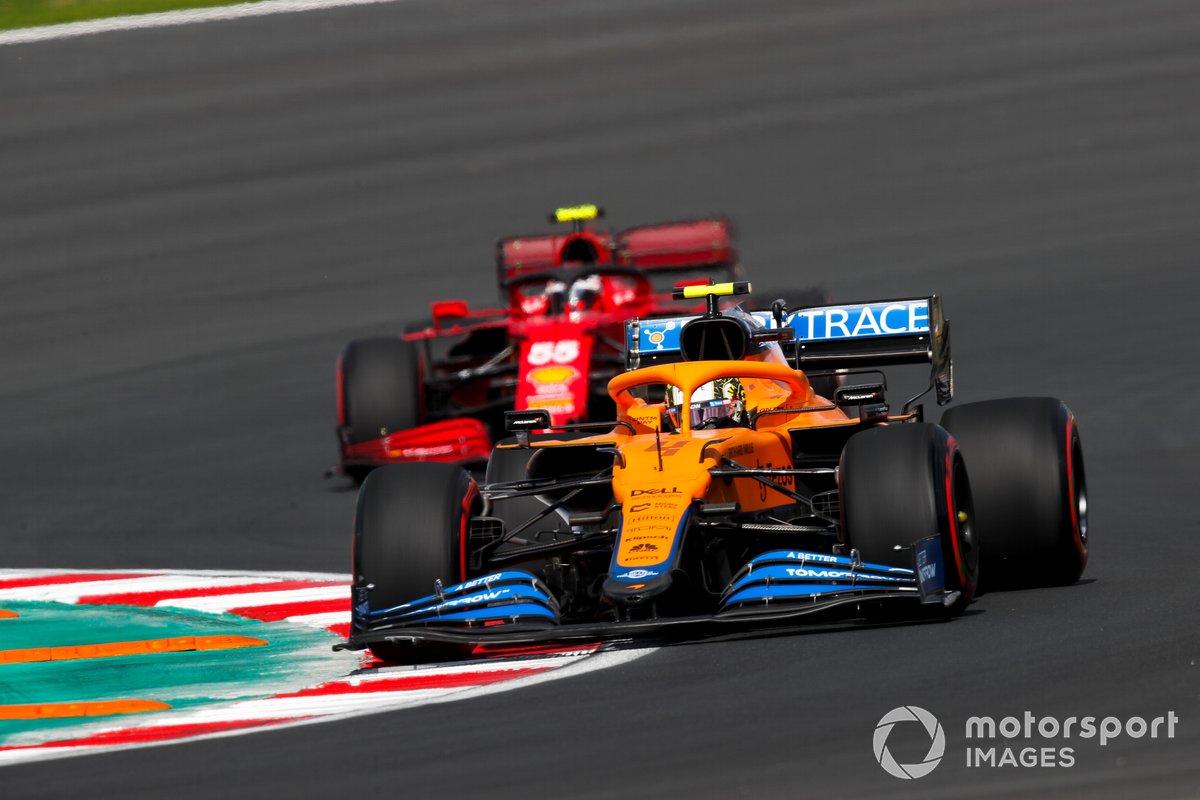 Charles Leclerc narrowly missed out on his second podium of the year in Turkey, finishing fourth, while Carlos Sainz Jr battled from the back of the grid to score points in eighth place.

Both drivers are now using the upgraded hybrid system on Ferrari’s power unit, coming as a boost to the team in the fight with McLaren.

Sainz felt it was “tricky” to say how much the upgraded power unit would have an impact in the battle for third, but hoped it could provide a small advantage.

“You saw [in Turkey] we were quicker than McLaren,” Sainz said.

“In Sochi, they were quicker than us. So I still believe it’s going to be up and down until the end of year.

“This is what we were looking for since the upgrade was pushed forward, and what we hope is going to give us that little edge to try and make the fight a bit more complicated.

“[In Turkey] we managed to cut 10 points on them, which in the points we are fighting is quite a big cut.

"We are fighting and six races to go, anything can happen.”