Since James Allison departed as technical director in July, with engine chief Mattia Binotto taking over his former role, Ferrari has been making changes to its technical structure.

Enrico Cardile has been brought over from the GT project to take on the role of head of aerodynamics while the team is putting an emphasis on progressing young talent already working at Maranello.

Ferrari president Sergio Marchionne said at Monza that the team had failed to meet its 2016 targets as it had not developed its car during the season but Arrivabene believes its recent upturn bodes better.

"We failed on matching our targets we set this year but one month ago we took our action," said Ferrari team principal Arrivabene.

"[Marchionne] said that the structure is solid, we have enough people at Ferrari to be able to work in the right direction.

"He's not happy about the results this season but he also wanted to see some changes and he wants to move forward with these.

"Now since the last two races, things have been a bit better and the atmosphere in the team is very positive.

"Everybody is looking forward to race after race this year and also to move forward for next year.

"The team is solid, they are looking in the same direction. 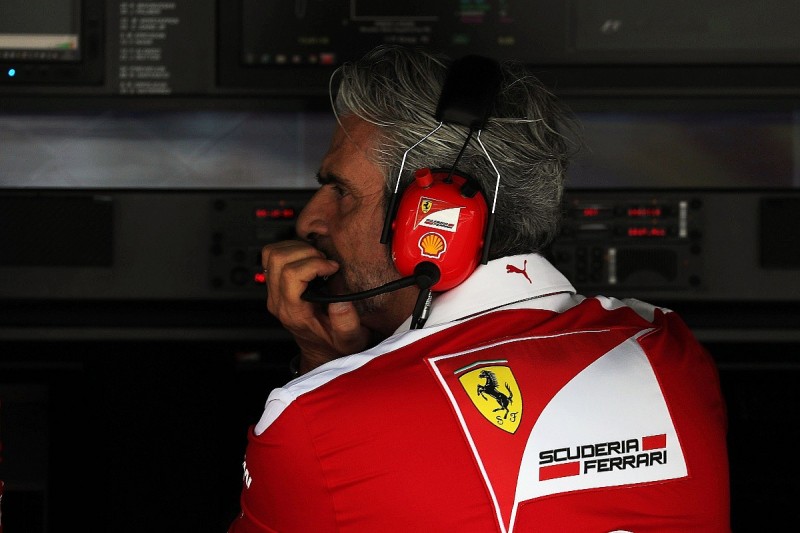 Ferrari reduced the gap to Red Bull to 11 points in the battle for second in the constructors' championship after Sebastian Vettel and Kimi Raikkonen finished third and fourth respectively at Monza.

Arrivabene said the weight of expectation on Ferrari meant it could not let up on its 2016 push in order to focus on next year.

"We are Ferrari and you cannot give up," said Arrivabene.

"This is our value, but this is our pressure too.

"If we are going to tell people we give up thinking about this year to focus on next year - of course the new regulations are important and require a huge amount of focus in terms of aerodynamics and so on - but when you are working in Ferrari you feel immediately the responsibility of this team.

"Hopefully we are finding the right balance to manage the situation properly, but we have the right people to do it."