Binotto was an engine engineer during Michael's first test with Ferrari at the end of 1995 and worked alongside the seven-time F1 champion throughout his Ferrari career.

The Ferrari boss oversaw Mick's first F1 test when he drove for the Italian team in the post-Bahrain Grand Prix test.

Schumacher is now a part of the Ferrari Driver Academy after his Formula 3 European Championship success last year.

Binotto explained his experiences working with Mick reminds him of the German's father.

"The very first time I saw him after many years, in Maranello when he came back, I looked at him, and I didn't think he's really looking similar to Michael," said Binotto.

"Even in Maranello we were looking after him, but he was always at the workshop looking at the car, speaking with mechanics.

"And I think that's a bit similar to his father." 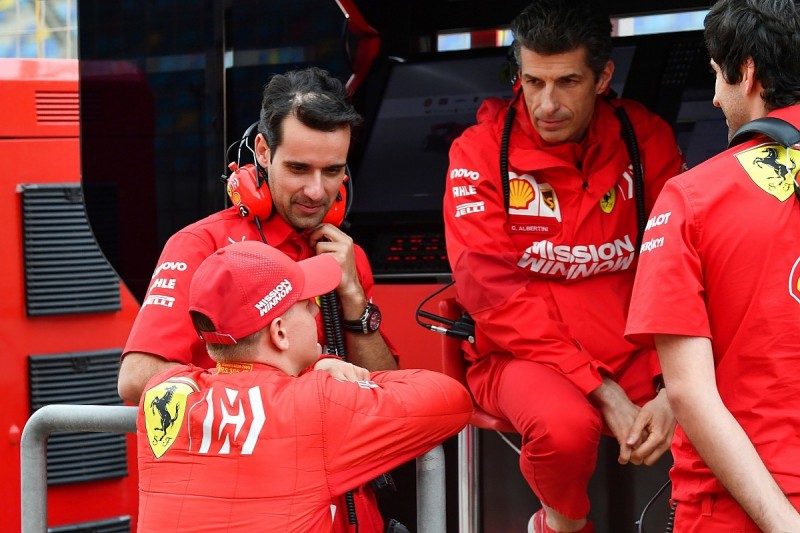 Binotto insisted that the Bahrain test was an opportunity for Schumacher to get used to an F1 car and that the intention was not to judge his potential.

"I think it is very difficult, first because the weather conditions were very bad on the day, and because in the end, I think the objective was not really to assess his performance," said Binotto.

"It was his very first day in an F1 car, [which is] more important for him.

"[It's] still the learning phase, day-by-day, and he's facing a completely new challenge in his F2 season.

"And I think in that respect he did a good job, so very focussed, concentrated, and trying to do the proper job and to learn.

"And I think that's most of what you expect on such a day."