Ferrari F1 team 'not interested' in having Fernando Alonso back

With Ferrari having neither of its drivers under contract for 2018, and Alonso's McLaren deal running out at the end of this year, there has been talk that the two-time champion could be a candidate for a Maranello comeback.

Alonso declined to answer directly when asked earlier in the season if he was interested in rejoining Ferrari, where he raced from 2010-14, saying only that he was "open to anything".

Speaking at the Austrian Grand Prix, Marchionne made it clear Alonso had already been told by Ferrari it was not interested in him.

"Alonso may well have shown the desire to return, but he did not find the right response from our side," said Marchionne. "We're not interested." 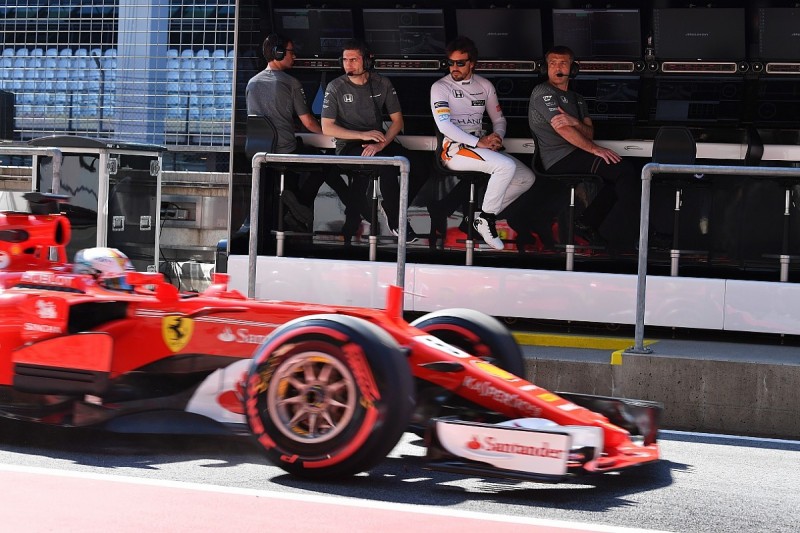 He also dismissed speculation of a pre-contract being already in place with Max Verstappen for the longer term.

"As for Verstappen we have not signed anything. Before the end of the year, you'll know."

Marchionne has already urged Raikkonen to raise his game over the remainder of the season if he is to keep his seat for 2018.

"Kimi has got to show a higher level of commitment to the process," said Marchionne.

"There are days when I think he's a bit of a laggard, but we'll see."

Although Vettel is leading the championship, there had been talk in Austria that even his place at Ferrari could be under threat as a result of the clash with Lewis Hamilton in Azerbaijan.

But Marchionne said that although the team had told Vettel it was not impressed by what happened in Baku, the matter was closed.

"I saw him on the Monday or Tuesday after Baku," said Marchionne.

"We said that this [incident] was something to be avoided.

"We have now closed that chapter, so we must think of the races and not the personal squabbles.

"Sebastian is aware of what happened. I understand the pressure and it was not an easy race. We lost the other car at the second corner in a manner that was not very correct.

"But I don't want to talk about who behaved well and who did not."