Subscribe
Previous / Honda registers interest with FIA for 2026 F1 engine rules Next / Brawn on F1 2022: What worked, and what didn’t, with new rules
Formula 1 News

Ferrari may be facing upheaval on the management front, but that uncertainty is in stark contrast to the calm progress being made with its 2023 Formula 1 car.

The decision by team principal Mattia Binotto to resign after the disappointments of the 2022 campaign has left the squad facing a more difficult winter than anticipated.

For whatever the qualities that Binotto's likely successor Fred Vasseur will bring with him, it is going to take time for him to understand the strengths and weaknesses of the organisation to work out where change is needed.

And amid F1’s cost cap era, making the wrong call on big decisions early in the campaign is something that can have big consequences for the long term.

But while questions remain about whether or not Ferrari has done the right thing in letting Binotto go, on the factory floor the focus is very much business as usual in pulling its 2023 F1 car together.

And for now, quite crucially, the team still retains the key technical input of Binotto, who remains under contract and working hard at Maranello until the end of the year.

The message from Charles Leclerc at last weekend’s FIA Prize Gala in Bologna was very much one of the technical part of the team not getting distracted by the bigger infrastructure issues at the top of the organisation.

"I am confident because we are doing quite a lot of work at the simulator,” he said about the progress of the 2023 car.

“We've been working extremely hard in the past year to try and understand what were the weaknesses of this car in order to get better for next year's car.

“Obviously, there's also Mattia still at the factory at the moment, working and trying to help the team to get ready for 2023. And again, I believe that if the transition is done in the right way, we shouldn't suffer too much.

“I also think that after the 2021 season where we've been working very well and reset it a little bit from 2020, that was a difficult season, we have been working in the right direction and in the right way. And this gives me the confidence that we'll have a competitive car for 2023." 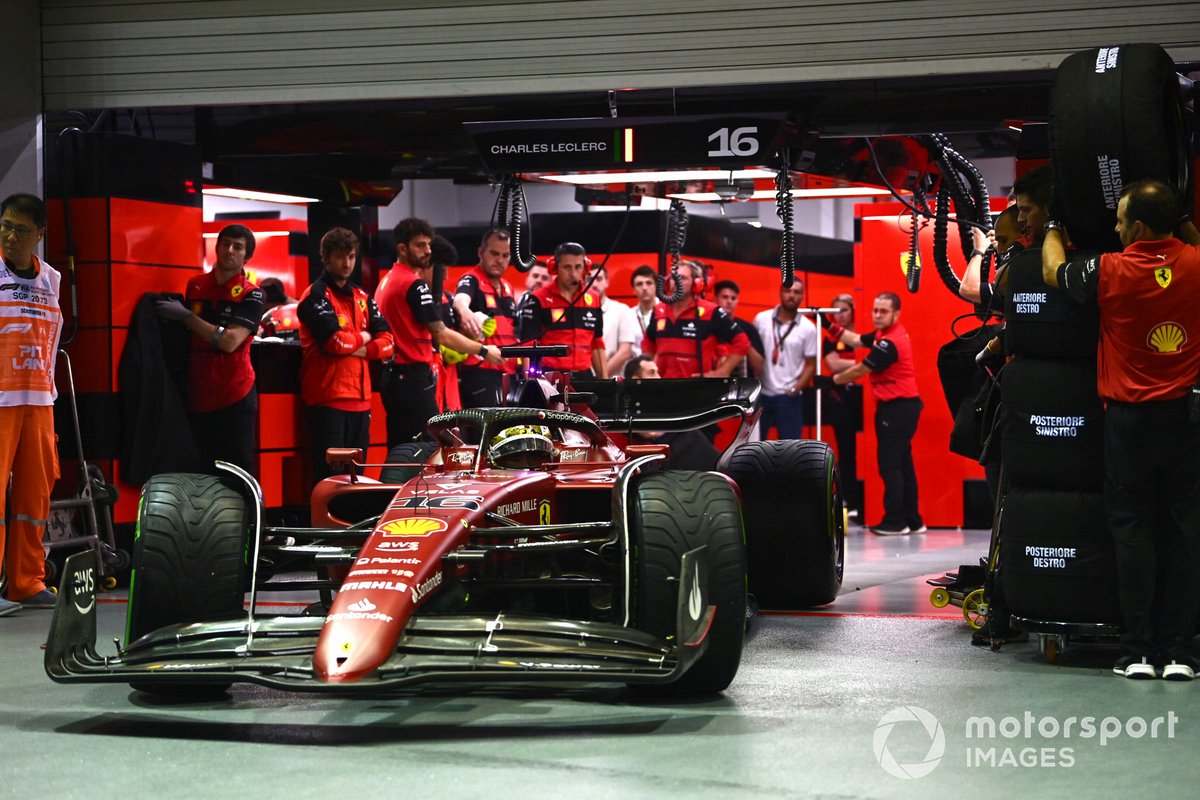 There certainly appears to be more confidence inside Ferrari than outside at the moment, and that is something that has not always been historically true.

And while changes will no doubt come when Vasseur has had time to get his feet under the desk, it does not appear that Ferrari is in need of a major revolution or upheaval. Minor adjustments in the way things are run could be enough to make the difference in that fight with Red Bull and Mercedes.

The data emerging from the work in the wind tunnel appears to be very positive. The 675 project (as the 2023 car is currently known) will represent an important leap in quality compared to the F1-75. The engineers directed by vehicle project manager Enrico Cardile have focused on two key areas where it felt the team lost out to Red Bull in 2021.

First: it wants to improve its top speed with greater aerodynamic efficiency. The drag problem derived not only from the difference in speed with DRS open, but also from the approach to aero-elasticity of certain components – where perhaps Red Bull did things much more cleverly. And this counts not only for wings but also in the overall pitch of the car when it hits top speed on the straight.

The second area of focus has been tyre management. Pirelli has moved towards new front tyres to help reduce understeer, something that could well suit what Ferrari’s concept needs as well as the driving style of Leclerc.

In Maranello it has adapted the mathematical model of the new tyres in its simulation systems and the early results are positive.

Ferrari has also been smart in offering to do as much as it can to help out Pirelli with its 2023 tyre development programme, knowing that every bit of feedback it can give and it can get could be crucial when it comes down to performance on race weekends.

From the outside, the 675 will not be very different to the F1-75. The overall concept will remain similar but there will be some tweaks: most notably at the rear end thanks to a change that will allow a much more pronounced shape in the Coca-Cola region.

Another aspect that drives confidence is the progress that engine chief Enrico Gualtieri and his department have made with the reliability of the 066/7 power unit.

There have been positive signs from the test benches that the reliability problems that blighted the early phase of 2022 have been sorted, and that has lifted confidence of the team being able to turn its engine back up to full power next year.