The two-time F1 world champion climbed two places thanks to his 8.6/10 score from our readers for his performance on home soil last weekend, which takes his average rating for the season to 8.38.

Behind him, Kevin Magnussen's return to form - winning the 'class B' race for Haas at Barcelona - and the 9.3 rating that earned him, also move him above the previous leader, Sebastian Vettel.

Vettel slumps to third after a lacklustre weekend by his own high standards, but his 7.2 rating for the weekend means he is the only other driver on the grid still able to boast a season-average above eight.

Who delivered and who flopped? Submit your Spanish Grand Prix driver ratings today

His Ferrari team-mate Kimi Raikkonen holds onto fourth place, making him one of only six drivers to maintain their position in the overall standings compared to before the race in Spain.

Lewis Hamilton is the biggest climber in the top half of the field, vaulting from eighth to fifth thanks to his 9.5 rating for his dominant victory at Barcelona, while Ferrari protege Charles Leclerc also climbs three places from 11th to eighth after earning back-to-back scores of nine or higher from our readers. 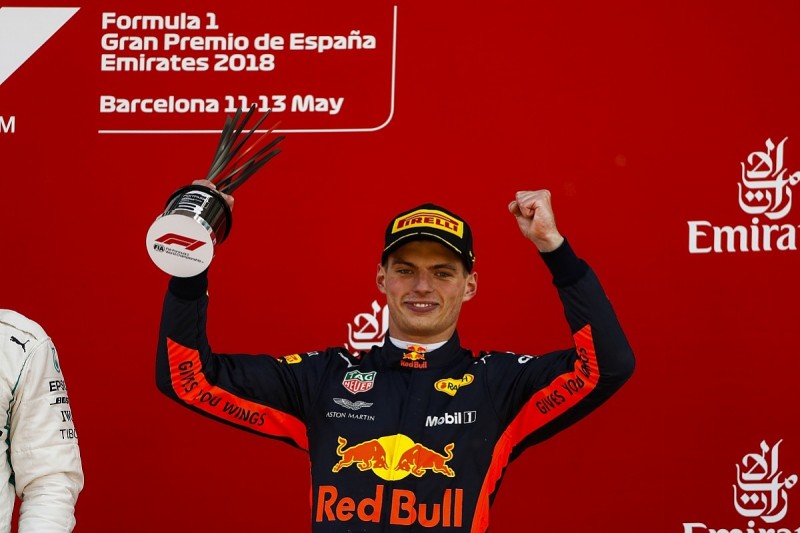 At the other end of the field, Max Verstappen's podium finish earned him a 7.6 rating, which was enough to move him up two places from his previous position at the bottom of the pile.

But the Dutchman's average for the season is still below five, with only Sergey Sirotkin and Romain Grosjean sat below him in the rankings.

Grosjean's disastrous race - where he picked up a penalty from the stewards after spinning across the pack at Turn 3 on the opening lap and was collected by Nico Hulkenberg and Pierre Gasly - earned him the new record for the lowest average score of the season.

The Haas driver beat his previous low-score record from Baku of 2.6, after he crashed behind the safety car in that race, with a 1.9/10 rating for his efforts in Spain.