The two-time F1 world champion missed the Monaco GP to compete in IndyCar's showpiece event, with Jenson Button standing in for him.

Driving a McLaren Honda Andretti entry, Alonso led 27 laps and was a strong contender for victory when his Honda engine let go while running seventh with 21 laps to go.

Alonso has said he will definitely return to the Indy 500 in an attempt to win the race, but for now, his priority is to be in a car that has the potential to win the F1 world title.

Speaking ahead of Sunday's Canadian Grand Prix - round seven of the F1 campaign - Alonso said: "It's good to be heading back to Canada - it feels like I've spent a lot of time in North America recently.

"The Indy 500 was an incredible experience and it's been amazing to learn a completely different style of driving, on a different circuit layout and with a very different car.

"The layout of the Circuit Gilles Villeneuve means it's very power-limited and therefore dependent on straightline speed and power.

"It's not going to suit our car as much as the twisty, slower corners of Monaco, but I'm excited to get back in the MCL32, catch up with the guys and girls in the team and get back out on track." 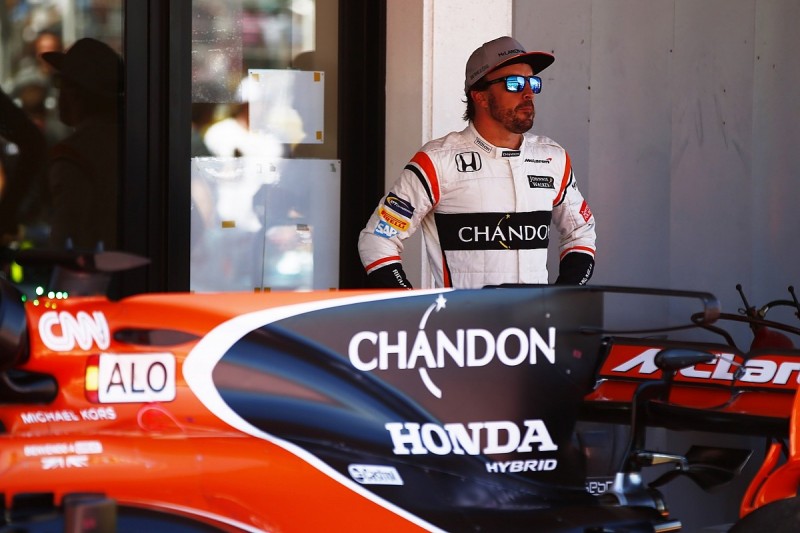 It has been a challenging season for McLaren, thanks largely to poor reliability and below-par performance from its Honda engine, and it has failed to score a point after six races.

McLaren racing director Eric Boullier is pleased to have Alonso back in the car, but echoed the Spaniard's thoughts that it will be a tricky weekend.

"Of course, we're very much looking forward to having Fernando back in the car again in Canada, after his McLaren Honda Andretti Indy 500 adventure," he said.

"What he has achieved in just a few short weeks has been phenomenal, and the whole team is looking forward to catching up with him and congratulating him on a hugely impressive performance.

"This circuit will be a tricky platform on which our package is less likely to shine, but we will work hard as always to maximise what we have in our armoury and take advantage of every opportunity on track."

It remains unclear whether Honda will introduce its F1 engine upgrade for Canada, with its chief Yusuke Hasegawa saying it would be "very tight" to do so.

Honda is keen to ensure it has completed all testing and proved durability before giving the go-ahead, and the decision could come as late as Thursday.