Sainz is in his third season with Red Bull's junior team, while Kvyat returned to the squad last year after he was replaced by Max Verstappen at the energy drinks giant's top team.

Following a strong 2016 season and an impressive start to this year's campaign, Sainz has reiterated his desire for a promotion, saying he can "do no more" to prove himself worthy of a move to Red Bull Racing.

With both Daniel Ricciardo and Max Verstappen contracted to stay at Red Bull in 2018, the chances of Sainz stepping up currently appear limited.

Tost admitted the decision will ultimately be made by Red Bull, but he insists he would be happy to retain its current line-up despite it meaning Toro Rosso - seen as a place to develop young drivers - would not run new racers.

"This is a decision for Red Bull. We have to wait. But if they [Sainz and Kvyat] continue with us it would be fantastic," Tost told Autosport.

"There are not so many teams out there which are so much better than us. 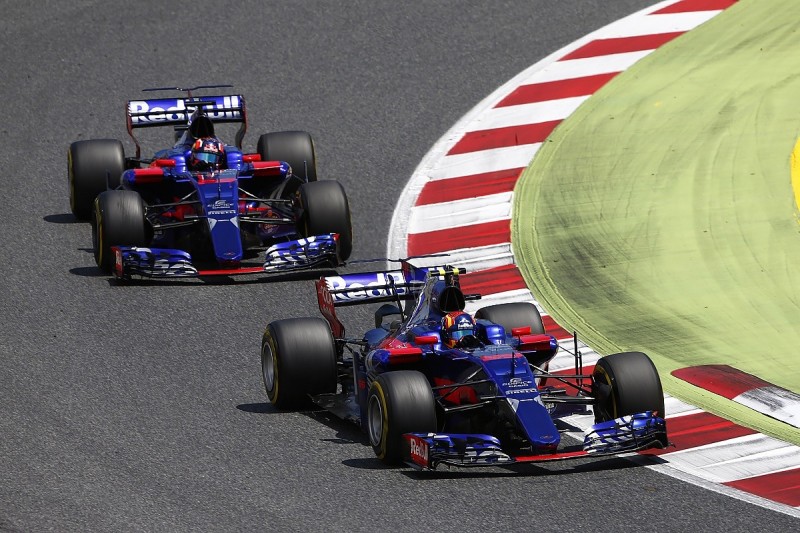 "They are still young and we are still developing them. They are 22 and 23 years old. This is not an age where you can say you belong to the old drivers.

"We will see what Red Bull decides, but if they will stay with us I think the complete team would be more than happy."

Tost conceded that he enjoys seeing Toro Rosso drivers being promoted to Red Bull, as it is one of the main reasons his squad exists.

"This is one of the targets of Toro Rosso, to allocate the young Red Bull drivers," he added.

Red Bull also has GP2 champion Pierre Gasly eager to make a move to F1 and currently racing in Super Formula in Japan, but Tost insists no decision on Toro Rosso's line-up will be made until after the summer.

"As I said before it depends what Red Bull decides, but the decision will be made in September or October, something like that," he said.