F1 title fight: Who is under pressure between Rosberg and Hamilton?

Rosberg has his first crack at becoming champion in this weekend's Mexican Grand Prix, needing a victory and Hamilton to finish no better than 10th.

Yet other than saying it would be "a childhood dream" to become world champion, Rosberg is sticking to his one-race-at-a-time approach.

"That's obviously a tactic he's taken on board this year that helps him focus on the job at hand," said Hamilton.

"Different people have different ways of dealing with pressure, obviously there is pressure there, and that's the way he's handling it."

Starting the Mexico City weekend 26 points adrift, Hamilton can not overhaul Rosberg if he wins the remaining three grands prix and the German scores at least two second places and a third.

The Briton needs Red Bull and/or Ferrari drivers to take points off Rosberg, if the leader has a clean run this Sunday and then in Brazil and Abu Dhabi next month.

"Maybe [I'm] slightly more relaxed than others because I've accepted there are things out of my powers, out of my control," Hamilton added.

"All I can do is control what is in the car, what I do, so as long as I focus and put all my energy towards that, hopefully I can get results."

Rosberg insists he is focusing on nothing other than winning in Mexico, downplaying the impact of potentially securing the title this weekend, although he is "well aware of" that possibility.

"My way at the moment of achieving the best possible performance is really just to focus on the things that are within my control," he said.

"And here in Mexico that's trying to win the race, and that's it." 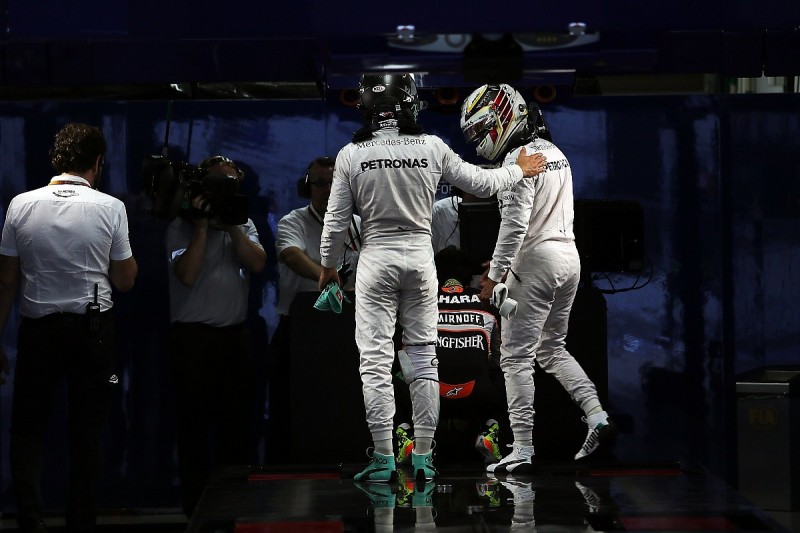 "If Nico doesn't have any failures and drives around in second place, then he's won the championship," said Button.

"Lewis could have the three best races of his life, win by 10 laps, but it doesn't matter because if Nico finishes second he wins the championship.

"It's a shame in a way because Lewis has had a lot of issues and failures. To lose [a net] 28 points in one race in Malaysia to his competitor is a lot.

"He'd be leading the championship if he'd won that race."

Hamilton's first year in F1 could provide inspiration, albeit from when he lost the 2007 title to Kimi Raikkonen despite leading by 17 points with only 20 available in the last two races.

"I had nothing to lose that year in those races," said Raikkonen.

"In one way it's probably more easy to go into the race because you will take more chances and in more certain situations, you have nothing to lose." 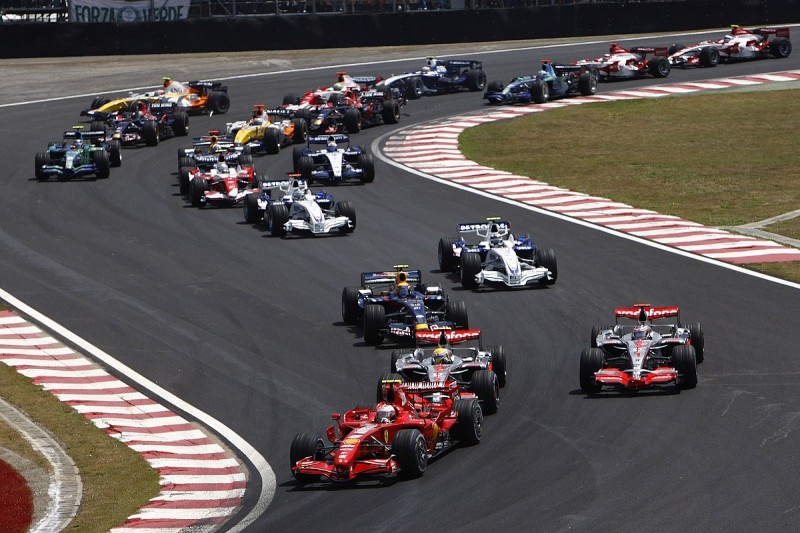