Ferrari boss Mattia Binotto says Formula 1 teams underestimated the potential for the new ground effect cars to suffer from ‘porpoising’, with the phenomenon affecting many teams in pre-season testing.

A number of outfits have faced challenges during the opening two days of action at Barcelona in Spain with the consequences of ‘porpoising’ - where the car bounces up and down on its suspension after it hits a certain speed on the straights.

Porpoising was something that was commonplace during F1’s previous ground effect era, and it is triggered by the under floor downforce sucking the car down more and more as it accelerates down the straights – before the airflow suddenly stalls through either a change in air pressure or the floor hitting the ground.

Once that happens, the car suddenly loses the extra downforce and the car briefly rises up again, before it once again starts being sucked down to begin the cycle again.

As well as porpoising being uncomfortable for drivers, it can also be a major problem in high speed corners if it strikes and cars suddenly lose downforce.

A number of cars have been suffering from the problem, and Binotto suggests that it is something few teams had been expecting after their work on CFD and in windtunnels.

“I think most of us at least underestimated the problem, in terms of [being] on track and bouncing more than expected,” said Binotto when asked by Autosport about the problem.

“When you're setting these cars up with the ground [effect] floor, the situation it's different. It's a learning process.”

Binotto said that getting rid of the porpoising entirely was a relatively easy thing to do, as it could be doing by simply raising the ride height.

However, the situation is complicated by teams knowing that there are good performance gains to be had by running as close to the ground as possible – which then leaves them exposed to the problem returning

“I think that solving it can be quite straightforward,” said Binotto. 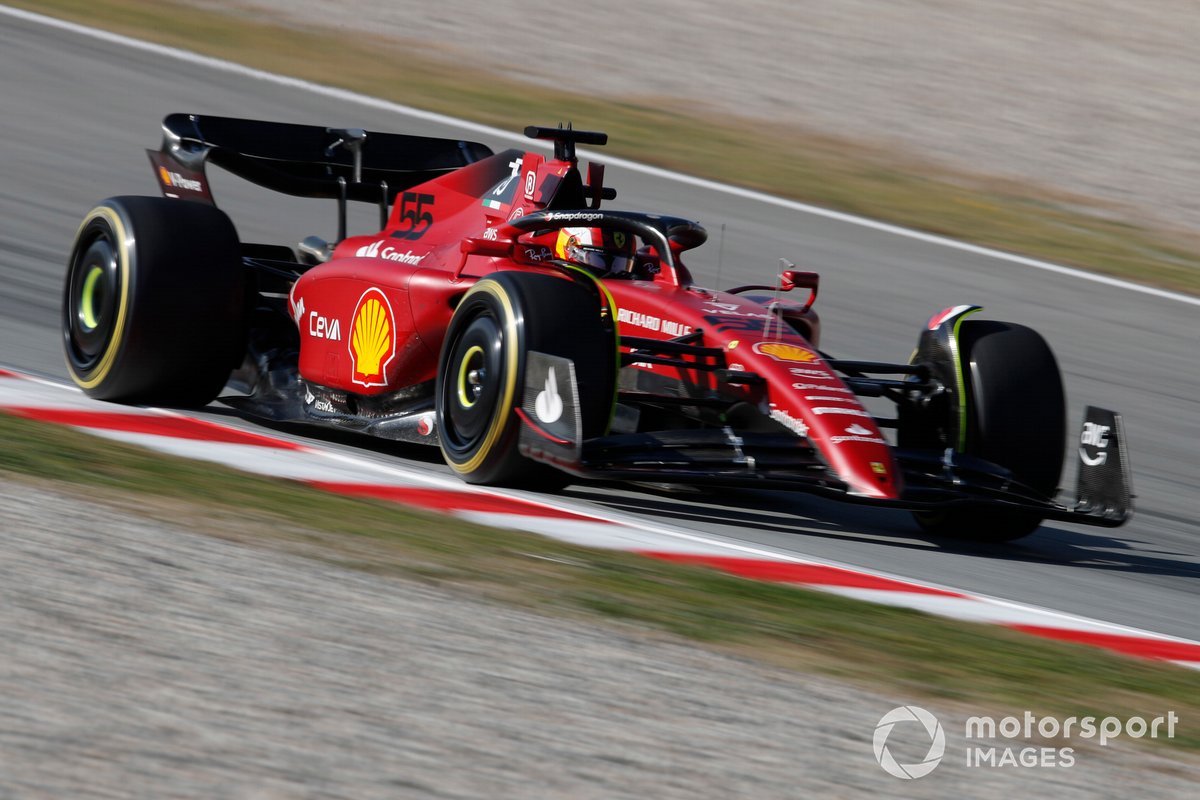 “Optimising the performance, because it should not be a compromise, you should try to avoid the bouncing by getting the most of the performance of the car. But that could be a less easy exercise.

“I am pretty sure that at some stage the team will get to the solution. How long it will take? The ones that will get there sooner will have an advantage at the start of the season.”

The porpoising problem is believed to be one of the key issues that has hurt Alfa Romeo’s preparations at the test, with it again having limited running on Thursday.

The Swiss team’s boss Fred Vasseur was hopeful a solution could be found by the next test in Bahrain, as he backed up Binotto’s view that getting on top of the problem could unlock some good lap time gains.

“Some elements are not easy to evaluate in the windtunnel and the simulator, and we are all facing the same issue,” he said.

“To fix the problem is not the biggest issue, but then to be efficient will be the key. How quickly the team will react will the key for the first races.”