The Ferrari driver grabbed his ninth pole of the season by beating Sergio Perez by 0.022 seconds, as his Red Bull team-mate Max Verstappen had to abort his final qualifying lap as he was set to run out of fuel.

The lost lap meant the F1 world championship leader was shuffled back to eighth place which left Verstappen furious with his Red Bull team.

Lewis Hamilton was also in the pole position fight but missed out by 0.054s leaving him third on the grid, which still marked his best qualifying result of the season, while the Mercedes driver was in the spotlight for wearing a nose stud and getting in trouble with the FIA.

On the other side of the Mercedes garage, George Russell was the big name dropout in Q2 as he struggled with a throttle issue which meant he could only manage 11th place.

Despite his tough qualifying, Verstappen can still seal the F1 world drivers’ crown this weekend if results go his way. Here’s how:

Any alternative results that don’t fit into those two scenarios and the title fight rolls on to the Japanese GP. 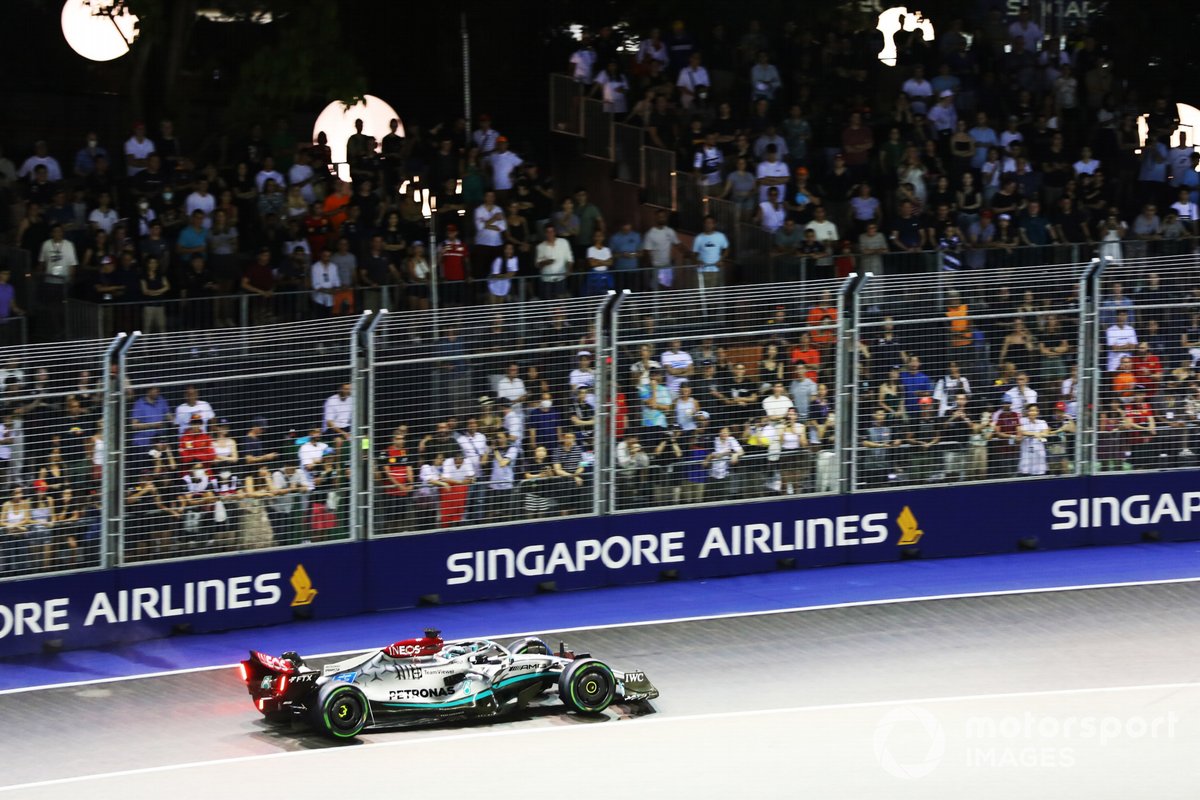 When is the F1 Singapore Grand Prix?

How can I watch the F1 Singapore GP?

Autosport will be running a live text coverage of the Singapore GP here. 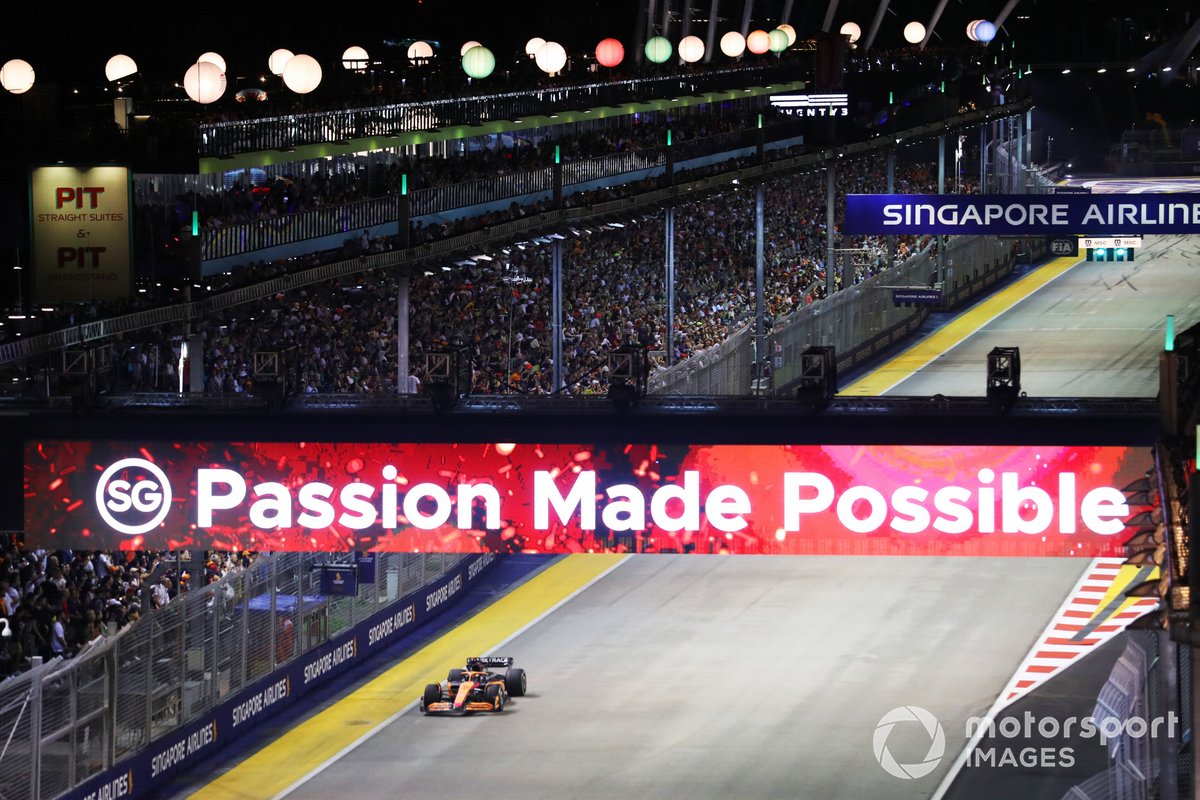 When can I watch the F1 Singapore GP highlights?

In the United Kingdom Channel 4 is broadcasting highlights of the Singapore GP at 6:30pm BST on Sunday evening. The full programme will run for two-and-a-half hours, covering the pre-race, the race highlights and the initial post-race reaction to wrap up the major talking points of the race weekend.

Will the F1 Singapore GP be on the radio?

Live coverage of the Singapore GP will start at 1:00pm BST on BBC Radio 5 Live Sports Extra and on the BBC Sounds app.

Current weather forecasts predict hot and humid conditions in Singapore, with a good chance of thunderstorms. The temperature is expected to be 27 degrees Celsius for the start of the race, the same temperature as than the Italian GP last time out.

How many laps is the F1 Singapore GP?

The race is scheduled to complete 61 laps at the Marina Bay Street circuit, covering a total race distance of 308.706km.