Hamilton had been spotted on TV broadcasts still wearing his nose stud during the opening practice sessions for the race at the Marina Bay track, having taken it out at events since the early summer following the FIA's clampdown on drivers wearing jewellery at the start of the 2022 season.

He was therefore summoned the see the stewards after FP3, while Mercedes was asked to explain why its self-scrutineering form – a process that was introduced in 2019 and means the FIA does not check car and driver compliance ahead of a track session – had incorrectly stated he was not wearing the piercing when driving his W13 in qualifying.

Hamilton was cleared after the stewards accepted his explanation that medical staff involved in treating a nose infection he had picked up as part of his efforts to make his piercing regularly removable insisted the metal stud stay in until the infection had cleared up.

The FIA document announcing the decision not to penalise Hamilton – who no longer has the exemption granted to cover his piercings staying in while driving earlier in 2022 – said Mercedes produced a medical report that confirmed his explanation.

"The stewards then consulted the FIA deputy medical delegate, Dr Ian Roberts, who viewed the medical report and concurred with the opinion therein," the document added.

"In light of the extenuating circumstances, we have determined to take no further action."

Speaking in the post-qualifying press conference in Singapore after finishing third behind Charles Leclerc and Sergio Perez, Hamilton gave his version of events, which he said was "all stuff I told them [the stewards] before qualifying". 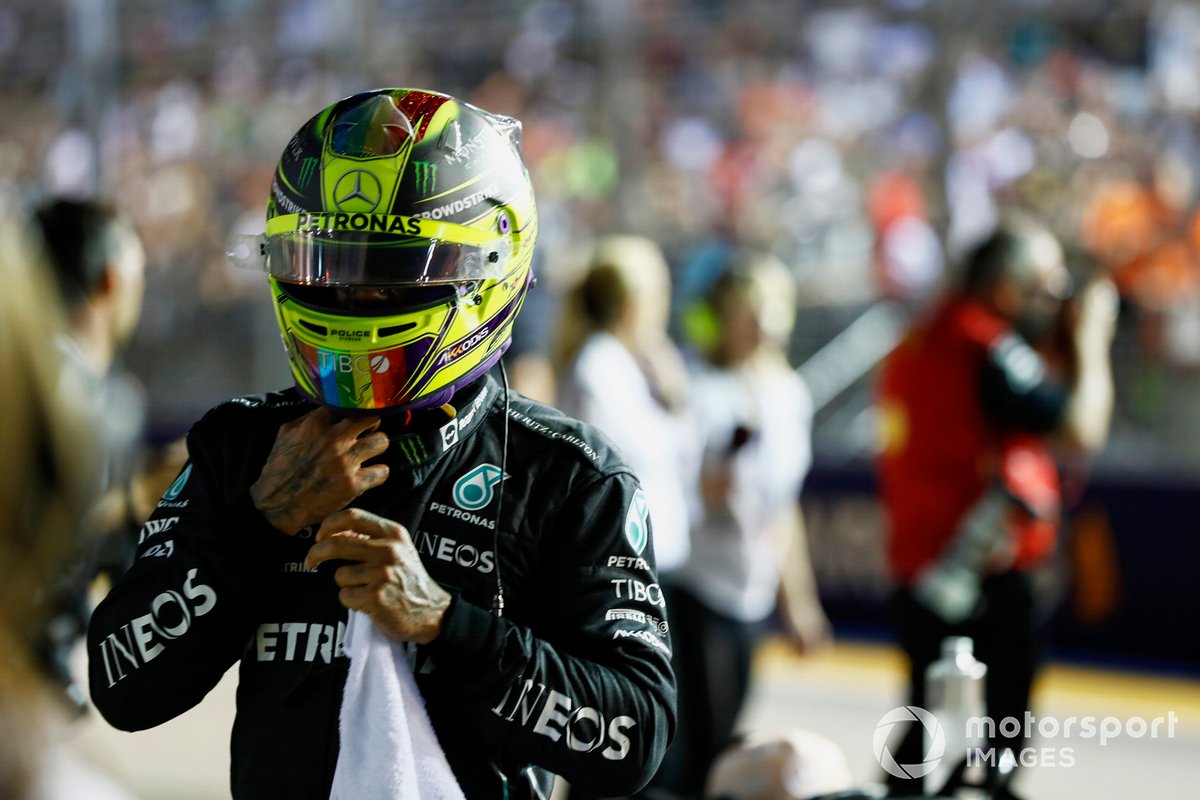 "I'm not trying to make a statement [by wearing the nose stud on track]," he began. "Basically, obviously I've had this - my jewellery and my nose stud - for years.

"And obviously we had that whole commotion at the beginning of the year and at the time it was like soldered in so it didn't come loose.

"They gave me at the time, [then] for many races, an exemption until I could find a solution. And then I went and got it taken out and tried to find a solution to put it in and pull it out [regularly].

"It got infected because of that and I was just continuing on with this infection. Then I had a blood blister and I was going on about it – I just had quite a sore on my nose.

"Then I went back and had to have – disgustingly – the blood blister fixed because there was like pus and blood and stuff.

"Then I put this in and the last two weeks it's started to heal and they've [medical staff] asked me to keep it in.

"It's crazy that we're having to talk about something so small. I take everything else out. At this point I don't really care, to be honest."

When asked if the stewards had accepted his explanation – the press conference taking place shortly before the decision came out – Hamilton said "I really don't know" and insisted "this is not a safety issue".

"I've got a letter from the doctor," he said. "I've tried my best and, as I was just saying to Charles [sat alongside Hamilton in the press conference], one of the excuses [for the jewellery crackdown] that was given a long time ago was about heat and if you're in a fire and [how] metal conducts heat.

"But our suits are covered [in metal]. Our seatbelts, the [firesuit] zip is metal, the buckle around your helmet is metal, the wires that we have [to connect to the car] there's metal in there.

"I don't know, it's all a bit silly. Hopefully they'll be sensible. The stewards should be there to keep us safe most importantly, but this is not a safety issue." 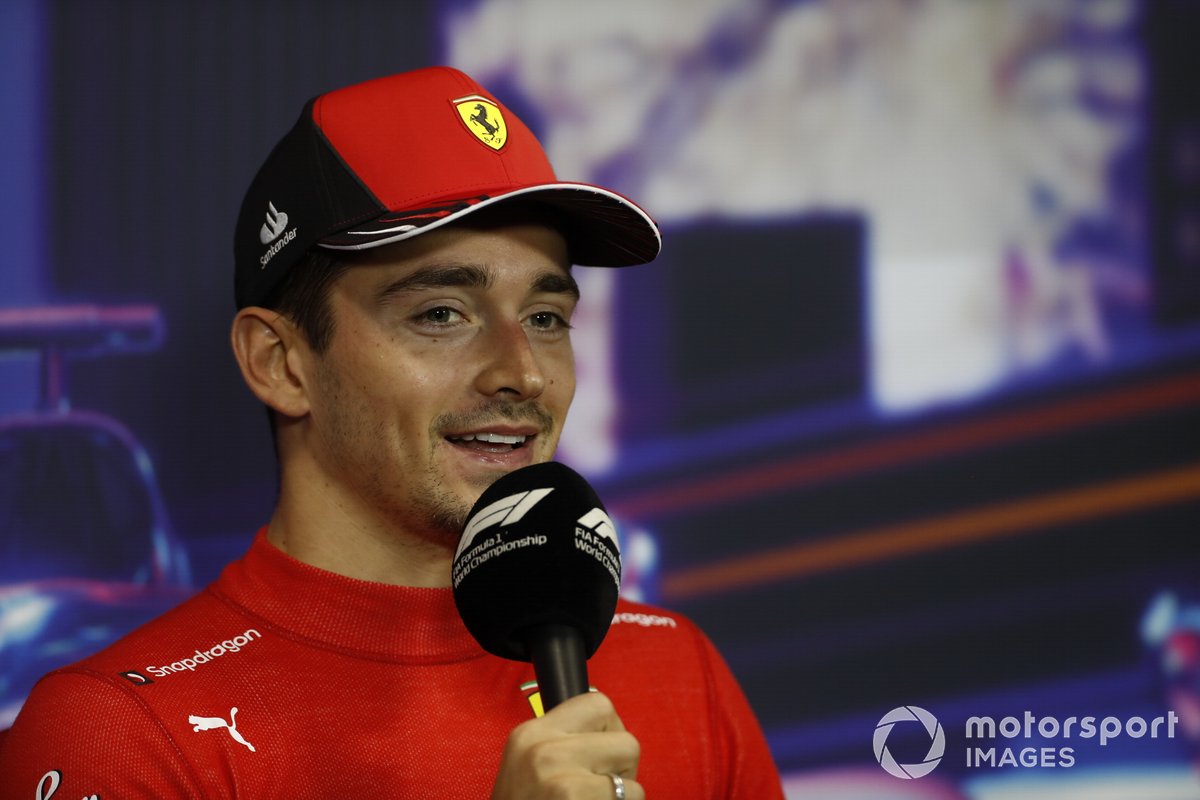 Ferrari driver Leclerc was spotted wearing a silver ring on his right hand in the press conference but, when asked if he had been wearing it during qualifying, he said: "No, I wasn't. I always take them off and put them on again once it's done."

The FIA document announcing Mercedes had been handed a fine for filing the inaccurate self-scrutineering form stated that the team's sporting director, Ron Meadows, had been "unaware that Hamilton had a piercing [on in the car]".

It continued: "In recent events, Hamilton had removed the piercing prior to the competition.

"The team assumed, without enquiring of Hamilton, that he had followed or would follow the same procedure for this event.

"The stewards accept that the error in the declaration in this case was not intentional or deliberate but it would not have occurred had the team made an enquiry of Hamilton before completing and submitting the declaration."