It had been agreed that both pre-season F1 tests would take place at Barcelona but there was a push during the Malaysian Grand Prix weekend to run in Bahrain, because Pirelli is keen for hot-weather running with its new 2017 tyres.

The sporting regulations say the majority of teams and the FIA must agree to test on any track located outside of Europe.

Mercedes executive director technical Lowe said: "It's a matter of supporting Pirelli's request to contain the risk of arriving at the first race, being the first event with hot conditions and there is real risk to the show.

"We have seen what can happen in Indianapolis in 2005 [when only six cars raced because of Michelin tyre worries].

"We must not forget we need to put on a show, we need to run a 300km race with sensible numbers of tyres.

"That is not an inconsiderable risk and a risk that should be covered.

"That's why we particularly support that request.

"If you have the wrong compounds, we will be trying to do six or seven stop races and we don't have the tyres to do it."

Pat Symonds said Williams is opposed to such a move, citing the high costs of testing outside of Europe.

"Depending on how you do it, we're talking a minimum of £300,000, probably a maximum £500,000 and a likely figure sitting in the middle," said the Williams technical director. 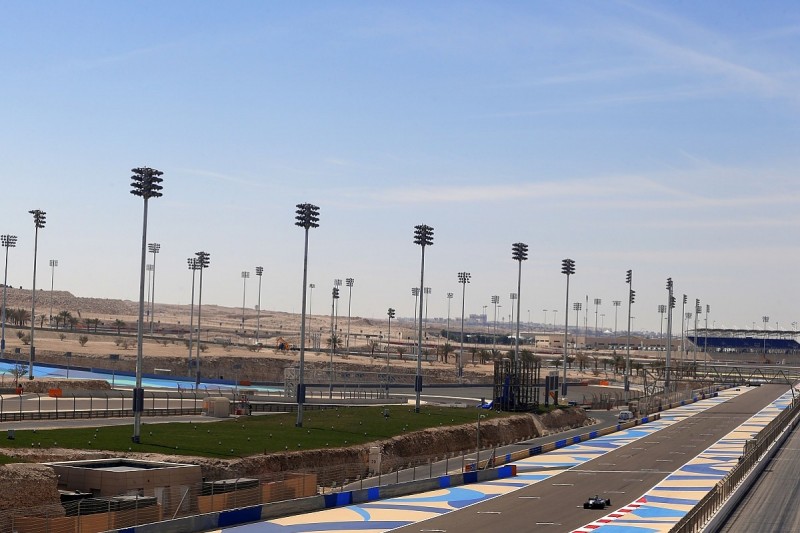 "To a team like Mercedes, I'm sure they can put contingencies in their budgets to cover things like that.

"A team like Williams simply can't as it's a significant amount of our budget that is accounted for."

If the teams agree to do it, Symonds questioned Bahrain as the location.

"It's not a particularly good track to go testing," he said.

"We have tested there in the winter, some people will remember some years ago there was a test there that was effectively sand stormed off rather than rained off.

"Testing in 2014, the first few hours of the day were spent just cleaning the circuit up.

"If you accept you're going to stop on the way to Australia, it doesn't matter where you stop.

"Abu Dhabi would be much better, even Malaysia."

The teams will meet with Pirelli and the FIA on Sunday to discuss the location.

Pirelli racing manager Mario Isola said Pirelli would need to know by the end of November to arrange the logistics.

Isola said: "In Bahrain, we can test the medium, soft and super-soft which is the centre of the range and it is also possible to understand the behaviour of the ultra-soft.

"Abu Dhabi, the medium is a bit too hard and the hard is out of the question, so that's why we selected Bahrain.

"Malaysia is OK but there is a big risk of rain."

James Allison turns down offer to return to Renault in F1