Valtteri Bottas will start from pole position for Formula 1 Mexican Grand Prix at the Autodromo Hermanos Rodriguez. Here's how and when you can watch the race.

Mercedes stunned Red Bull with a qualifying turnaround to secure a front row lockout, with Bottas sealing his 19th career pole position in F1 ahead of team-mate Lewis Hamilton.

Red Bull struggled with rear wing issues, with the team having to patch cracks with tape ahead of qualifying,  before both Max Verstappen and Sergio Perez saw their final Q3 laps wrecked when Yuki Tsunoda went off track ahead of them – leading to Red Bull team boss Christian Horner stating they “got Tsunoda’d”.

The result of this left Verstappen down in third place with team-mate Perez in fourth place, despite looking like the dominant team in practice in Mexico City.

Charles Leclerc had to settle for eighth place for Ferrari with AlphaTauri’s Tsunoda and McLaren’s Lando Norris completing the Q3 contenders, but both will start the Mexican GP from the back of the grid due to power unit change penalties.

Esteban Ocon (Alpine) and Lance Stroll (Aston Martin) will also start from the back of the grid due to power unit changes, the latter also suffering a heavy crash in Q1, while George Russell takes a five-place grid drop for a gearbox change in his Williams. 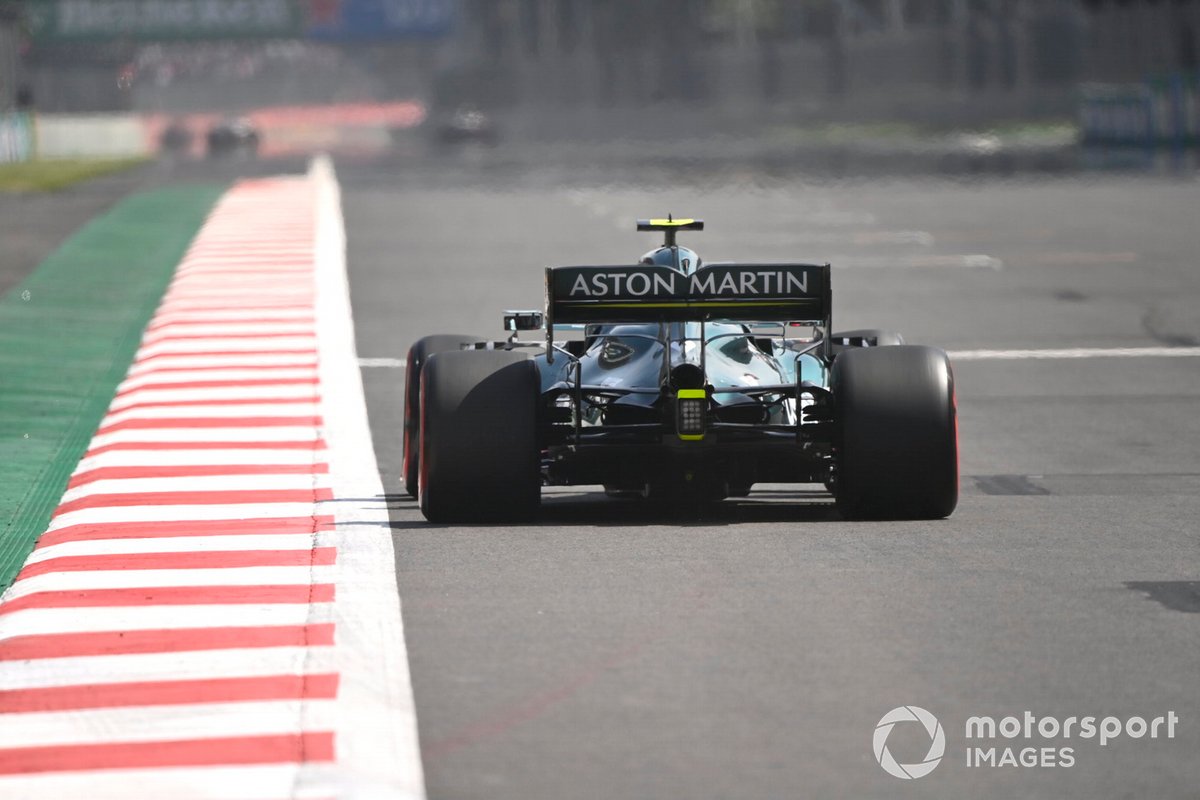 When is the F1 Mexican Grand Prix?

How can I watch the Mexican GP?

In the United Kingdom, Sky Sports will be live broadcasting the Mexican GP, with the race shown live on Sky Sports F1 and Sky Sports Main Event. Pre-race coverage will be starting at 5:30pm GMT ahead of the race start at 7:00pm GMT.

Autosport will be running a live text coverage of the Mexican GP here.

When can I watch the Mexican GP highlights?

In the United Kingdom Channel 4 is also broadcasting highlights of the Mexican GP at 11:35pm GMT on Sunday. The full programme will run for one hour and 30 minutes, covering the pre-race, the race highlights and the initial post-race reaction to wrap up the major talking points of the race weekend.

Will the Mexican GP be on the radio?

Live coverage of the Mexican GP will start at 6:45pm GMT on BBC Radio 5 Live and on the BBC Sounds app.

Weather forecast for the Mexican GP

Current weather forecasts predict sunny and dry conditions at the Autodromo Hermanos Rodriguez, with a very small chance of rain during the race. The temperature is expected to be 20 degrees Celsius for the start of the race – eight degrees cooler than the United States GP.

How many laps is the Mexican GP?

The race is scheduled to complete 71 laps of the Autodromo Hermanos Rodriguez, covering a total race distance of 305.354km.