Max Verstappen says Red Bull had to “patch” rear wing cracks ahead of Formula 1 Mexican Grand Prix qualifying but does not think this led to ending up behind Mercedes.

Red Bull had been in a commanding position ahead of qualifying at the Autodromo Hermanos Rodriguez after topping FP2 – and completing favourable long run pace compared to Mercedes in that session – and leading FP3 by over 0.6 seconds with Sergio Perez.

But the team appeared to be under pressure going into qualifying, where Valtteri Bottas and Lewis Hamilton stunned Red Bull by claiming a front row lockout at the end of Q3, with the rears of both its RB16Bs being worked on by mechanics as the minutes to the session’s start ticked down.

Television cameras also later picked out tape covering the end of Verstappen’s rear wing following the work, attached right by the left-side endplate and covering a portion of the ‘A’ in the Honda branding at that part of the car.

Red Bull said during qualifying that the work was “precautionary” and that the wings were not cracked, which happened in final practice for the recent US GP, but when asked about the situation in the post-qualifying press conference by Autosport, Verstappen said otherwise.

“They were cracked after FP3 – so we had to patch them up and basically they were like new to start qualifying,” said the championship leader.

“So I don’t think that had anything to do with it. But of course we’ll have a look into it again.” 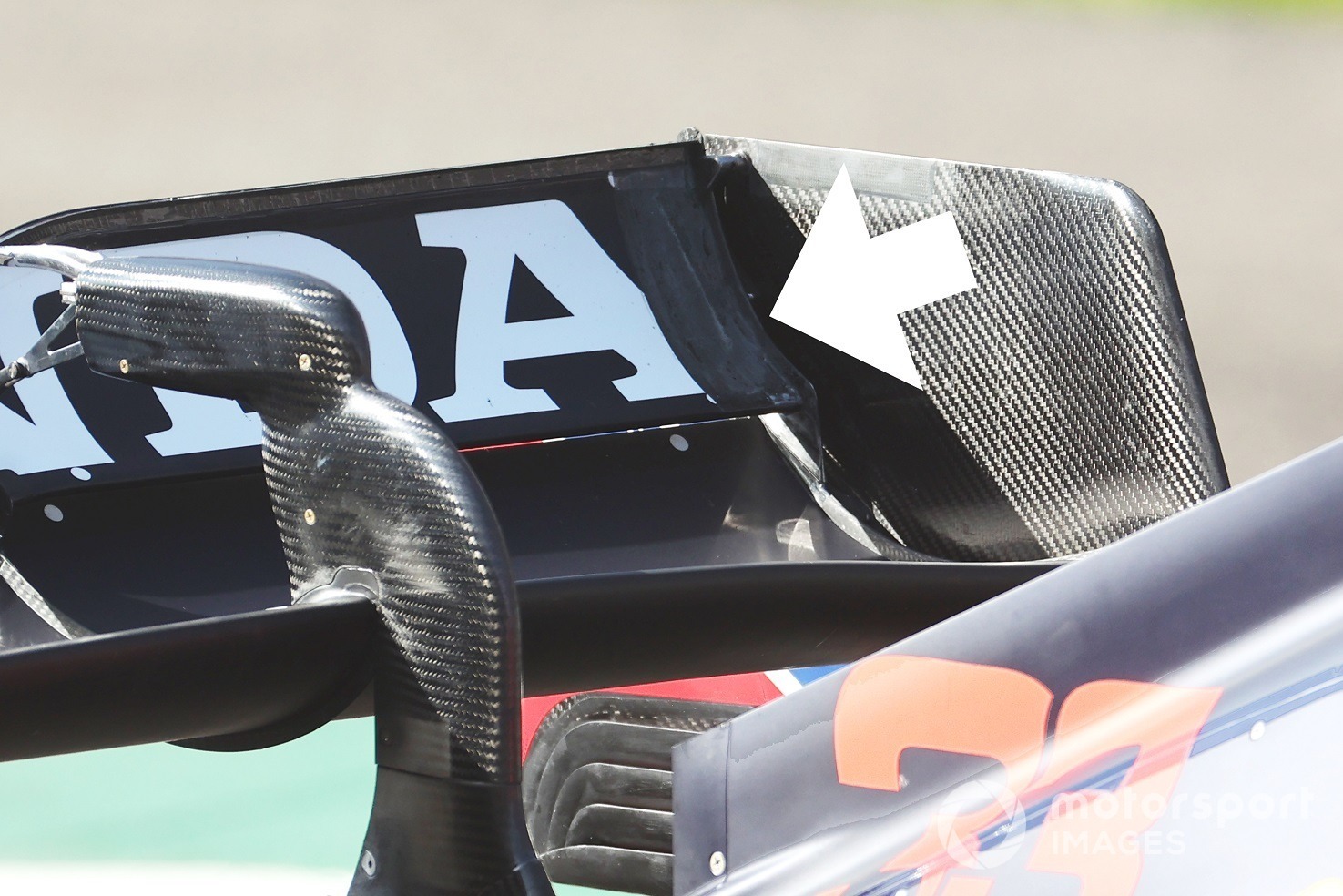 Red Bull team boss Christian Horner told TV crews that his squad had been “just concerned with a bit of fatigue that we’d seen”, before adding that it was “nothing serious” and “we just wanted to take no risk on it”.

In the middle of qualifying, Verstappen was concerned he had picked up damage to his car underneath his left-side bargeboard after clattering the Turn 2 kerbs on his first run in Q2, but when asked if Red Bull had found anything broken in that incident he replied: “Nope. They checked the car and everything was alright.”

Verstappen said he was not surprised by Mercedes’ pace in qualifying, but rued his car handling in Q3, which meant he already faced a deficit to the Black Arrows duo before the final runs.

In these, his final effort was spoiled by Red Bull stable-mates Yuki Tsunoda and Perez going off into the runoff at Turn 10 just in front of him, which meant he had to briefly back off.

“I think we just were really slow and just [had] terrible grip in Q3,” said Verstappen.

“So, yeah – I think my last lap we recovered that a bit just [by] getting the tyres into a little bit in a better window.

“But still not to what we would’ve like and how the car has been behaving in all the practice sessions. So that’s a bit of a mystery.

“But then tomorrow we mainly race on different tyres anyway, so I expect the balance to be good again.”