Palmer and Nasr were involved in a lap two crash as they exited the first chicane at Monza, with both sustaining damage that forced them to retire.

Nasr was handed a 10-second time penalty for causing a collision, which angered Palmer because the Sauber driver had already spent some time in the garage having his car repaired, effectively making a time penalty meaningless.

In response to Palmer's comments, Kaltenborn told Autosport: "One should try to stick to the facts and not just see things you want to see.

"We didn't even think we could get a penalty because it was so obvious.

"I cannot understand how they could penalise him because he was clearly in front.

"There's no way he could have been looking at the back at what's going on, and he didn't push the guy out in any way whatsoever, but he gets penalised.

"I didn't understand what the basis for that was, but fine, it's happened." 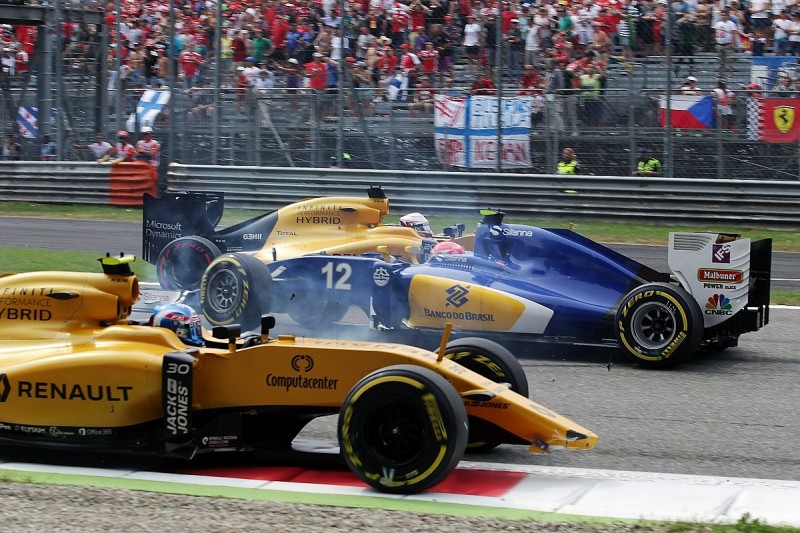 Kaltenborn added that Sauber had hoped to get Nasr back into the race to treat the afternoon effectively as a test session.

"We got the car in and checked it to see if it was driveable, whether it was safe to drive or not, so we managed to get him back out, but we could see it was not going to work," he said.

"The main problem was the floor. We didn't think there was anything wrong with the suspension at that time.

"But with the floor we could see it was moving a lot, and we thought we could somehow get it fixed, but it didn't quite work.

"We were hoping he would be able to put more mileage on the car because the more you can get, the better."