In a repeat of yesterday's practice sessions several drivers had to take to the escape roads on the dusty street circuit, with Mercedes' Valtteri Bottas soon going straight on T3 and Red Bull's Max Verstappen mirroring his move in T4.

It took 15 minutes for drivers to start setting representative laptimes, with Verstappen's team-mate Perez going top with a 1m44.404s followed by a 1m44.165 on hards.

His team was improved upon by AlphaTauri's Yuki Tsunoda, who used Pirelli's softest compound to set a 1m43.447s at the 20-minute mark. 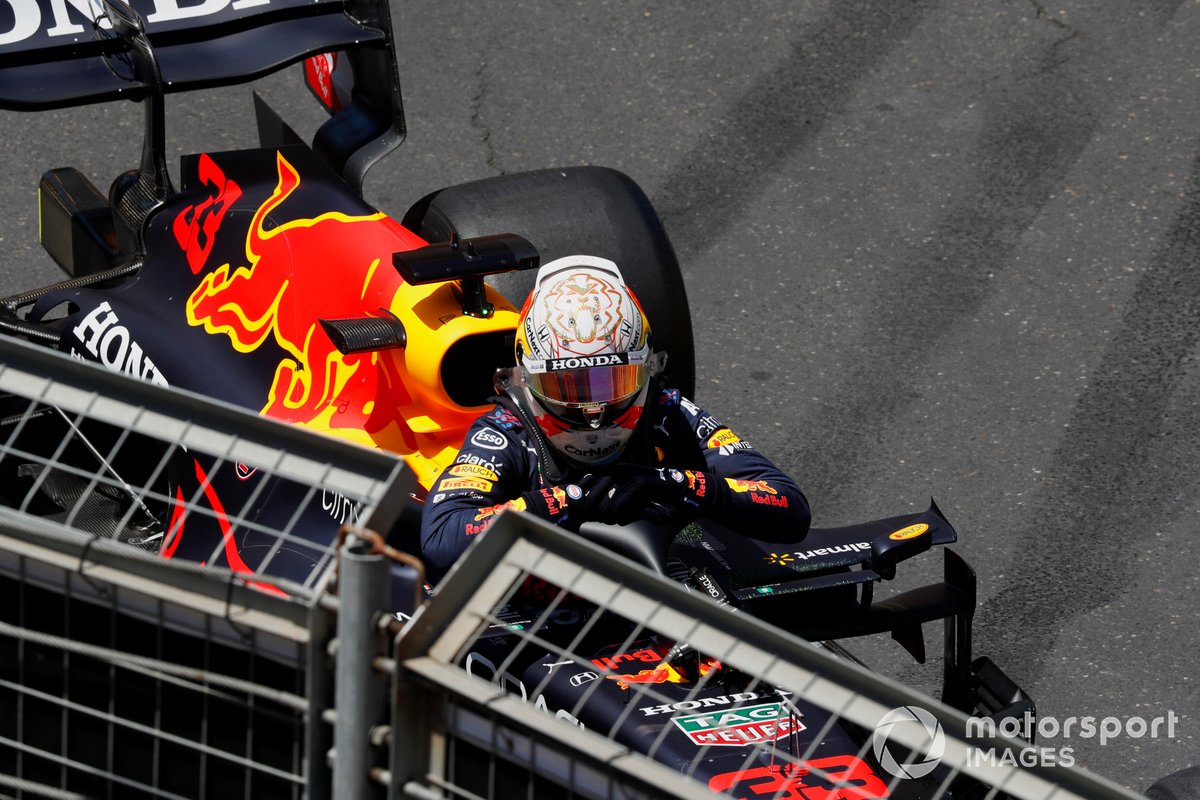 Max Verstappen, Red Bull Racing RB16B, climbs out of his car after hitting the wall

Tsunoda's team-mate Pierre Gasly then went top instead, taking over three tenths out of the Japanese rookie with a 1m43.187s and then a 1m43.051s on softs, while Verstappen split Perez and Sainz to take provisional fifth.

The Mercedes team, which was puzzled by its lack of form on Friday, continued to struggle ahead of qualifying, with Lewis Hamilton reporting a lack of grip.

Hamilton was 10th early on, behind the likes of Antonio Giovinazzi, Daniel Ricciardo and Lance Stroll, while Bottas lagged even further behind.

With 35 minutes to go Verstappen caused a red flag by locking up into Turn 15 and sliding into the barriers, mirroring an off Leclerc had in Friday's FP2.

While damage to the front of the Red Bull appeared light, the Dutchman was unable to reverse and had to walk away from the scene. 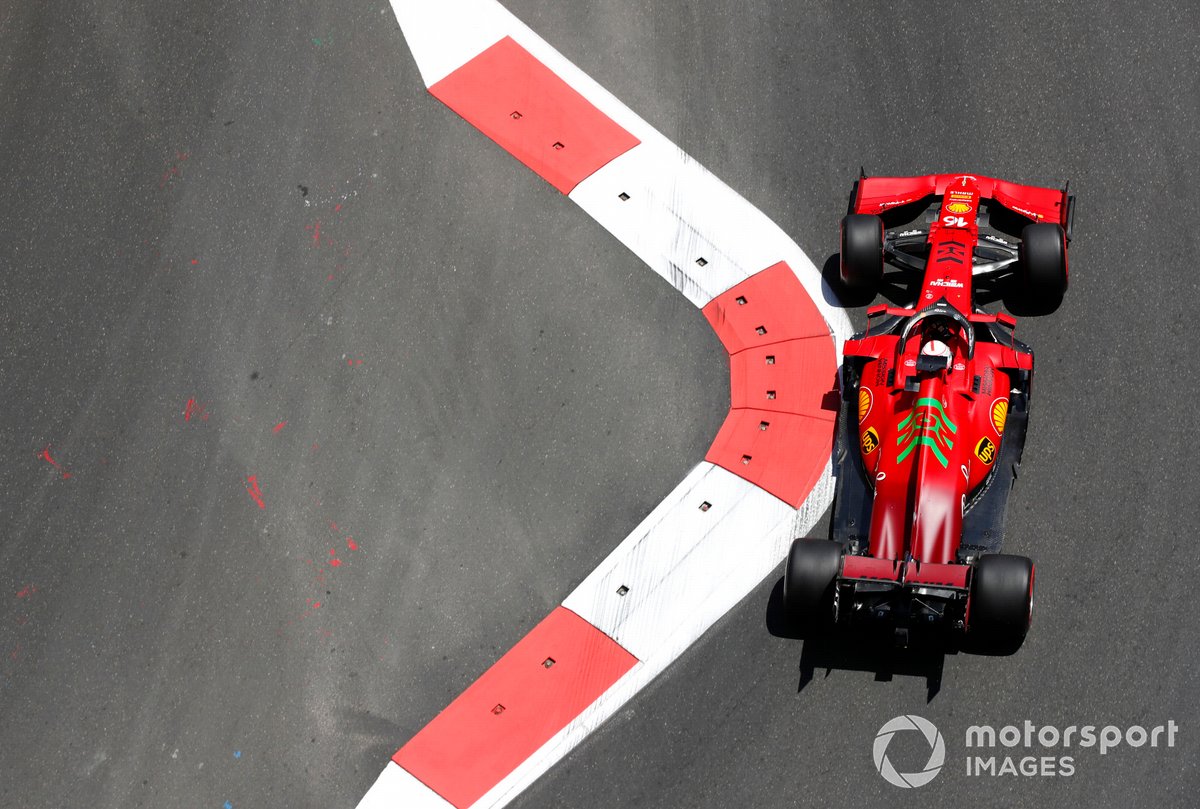 After a 10-minute stoppage practice continued with both Mercedes drivers trying to find time on the mediums, tyres that might be the preferred compound for Q2 and the start of the race given the large durability gap with Pirelli's softest compound.

Ahead of qualifying the red-marked C5 tyres were the main compound of choice, with Leclerc posting a 1m42.778s to go top in the final quarter, immediately bettered by Perez' 1m42.595s.

A barrage of fast laps in the final 10 minutes was interrupted by George Russell, whose unresponsive Williams ground to a halt in the first sector.

After a short yellow Gasly went top with a 1m42.251s in the AlphaTauri, while Hamilton finally jumped from 17th to third thanks to a soft-shod lap of 1m42.697s, one tenth behind second-placed Perez.

Ferrari pair Leclerc and Sainz were fourth and fifth respectively, ahead of McLaren's Norris and Alpine's Fernando Alonso.

Tsunoda ended up in eighth, with Alpine's Esteban Ocon and McLaren driver Ricciardo rounding out the top ten.

Verstappen was relegated to 15th after his early exit, while Williams' Nicholas Latifi took 16th ahead of the second Alfa Romeo of Giovinazzi and the stricken Russell.

Haas remained at bottom of the table, Mick Schumacher taking four tenths out of team-mate Nikita Mazepin, who tore off a front wing endplate after a brush with the wall.