Max Verstappen has taken pole position for the Formula 1 Austrian Grand Prix. Here's how and when you can watch the race.

The Red Bull driver dominated qualifying for the second Austrian race to clinch his fourth pole of the season and third in a row, beating an impressive charge by McLaren’s Lando Norris by just 0.048s.

Norris, who secured his best-ever F1 qualifying result, beat Red Bull’s Sergio Perez and both Mercedes drivers Lewis Hamilton and Valtteri on outright pace in qualifying but remains cautious about his race pace ahead of the Austrian GP.

With Perez in third, Hamilton could only manage fourth place on the day his new two-year Mercedes F1 contract was announced which keeps him at the team until at least the end of 2023.

But Hamilton is already bracing for a frustrating Austrian GP as he expects polesitter and title rival Verstappen to produce an “easy cruise win”.

Sebastian Vettel has been handed a three-place grid penalty for impeding Fernando Alonso in Q2, which sees the Aston Martin driver drop from eighth to 11th place on the starting grid.

Vettel’s penalty promotes George Russell up to eighth place having secured his first Q3 appearance for Williams, with Lance Stroll moving up to ninth for Aston Martin.

Carlos Sainz Jr is also pushed up a spot to 10th and will still have a free choice of tyres having dropped out in Q2. Vettel will split the Ferraris in 11th, with former team-mate Charles Leclerc in 12th place. 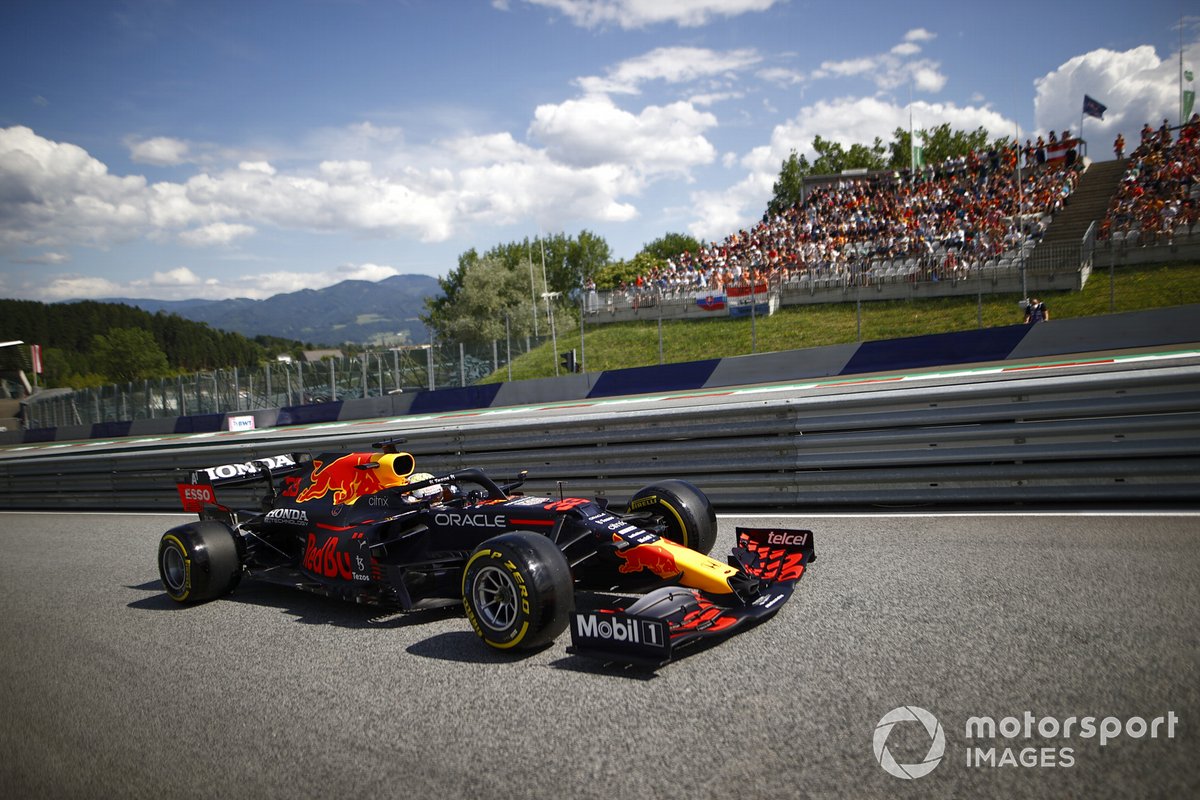 The ninth round of the 2021 F1 season, the Austrian GP at the Red Bull Ring in Spielberg, gets underway at 3pm local time (2pm BST) on Sunday 4th July.

In the United Kingdom, Sky Sports has exclusive live broadcasting rights of F1, with the Austrian GP race shown live on Sky Sports F1. Pre-race coverage will be starting at 12:30pm BST ahead of the race start at 2:00pm BST.

Autosport is running a live text commentary for the Austrian GP. 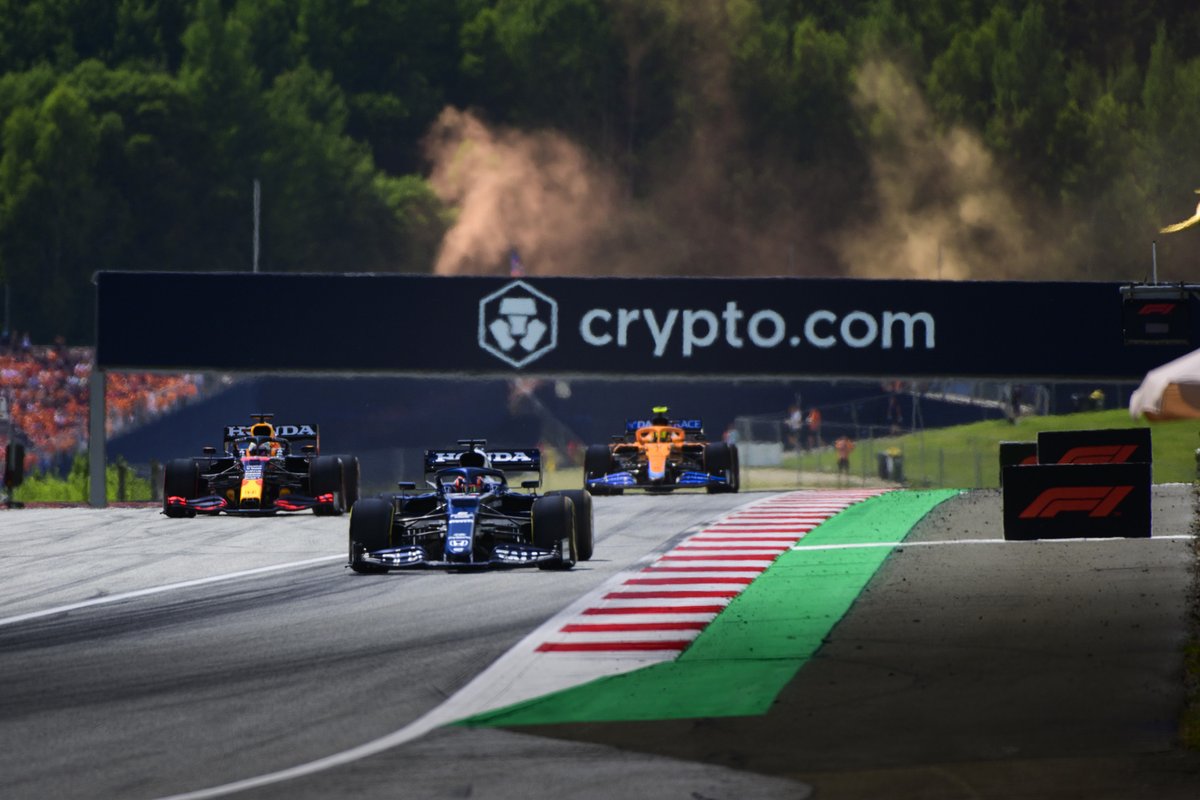 In the United Kingdom Channel 4 is broadcasting highlights of the Austrian GP at 6:30pm BST on Sunday. The full programme will run for two-and-a-half hours, covering the pre-race, the race highlights and the initial post-race reaction to wrap up the major talking points of the race weekend.

Coverage of the Austrian GP will start at 2:00pm BST on BBC Radio 5 Live, available online, on DAB radio and the BBC Sounds app. 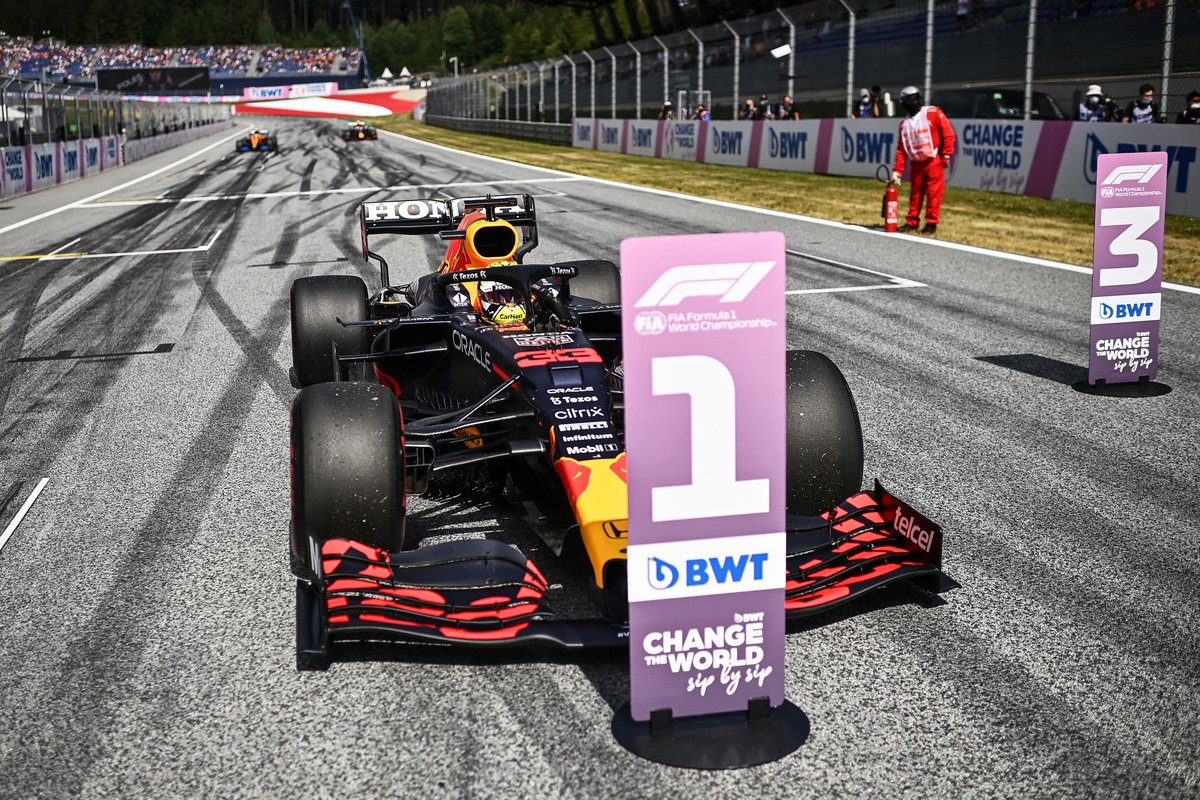 Current weather forecasts predict cloudy conditions with a strong chance of showers building up over the afternoon both before and during the race. The temperature is expected to be 22 degrees Celsius for the start of the race – about seven degree cooler than the Styrian GP.

How many laps is the Styrian GP?
The race is scheduled to complete 71 laps of the Red Bull Ring, covering a total race distance of 306.452km.