Sebastian Vettel has been given a three-place grid penalty for the Austrian Grand Prix after an impeding incident involving fellow Formula 1 world champion Fernando Alonso in Q2.

Vettel has been dropped from eighth to 11th on the grid, handing places to George Russell, his own Aston Martin team-mate Lance Stroll, and Carlos Sainz Jr, while he also picks up a penalty point.

Alonso was left furious after his final lap in the Q2 session was ruined when he came into the last two corners to find Vettel, who was himself trapped behind other cars. Alonso duly qualified 14th on the grid having shown good pace earlier in the session.

Vettel was about to start his own flying lap and in trying to get out of the way was forced to abort it. However he still progressed to Q3.

Valtteri Bottas and Sainz were both investigated for driving unnecessarily slowly, but the stewards decided to take no further action on the pair.

The stewards noted: “Alonso was on his fast lap just before the end of Q2. When he approached the last two corners (9 and 10), there was still a queue of 3 cars preparing for their final qualifying lap. VET was the last car in this line and impeded Alonso and as a result, Alons had to abort his final qualifying lap.”

Vettel was frustrated that the “gentleman’s agreement” not to overtake on out-laps in qualifying was seemingly ignored by some of his rivals, especially after the FIA issued a clampdown on drivers slowing and making a gap in the last two corners, Turns 9 and 10.

“We agreed that we slow down between eight and nine, which is what I did,” he said when asked by Autosport.

“Everybody passes me and jumps the queue. And then they all slow down between nine and 10 where we agreed not to slow down. So now you know the rest of the story."

Asked if Sergio Perez was at fault he added: “Sergio and myself, we dropped back between eight and nine, and everybody was just passing us. So I don't think Sergio was in the way, I think I was just the last one. And I was the first one that Fernando was meeting.” 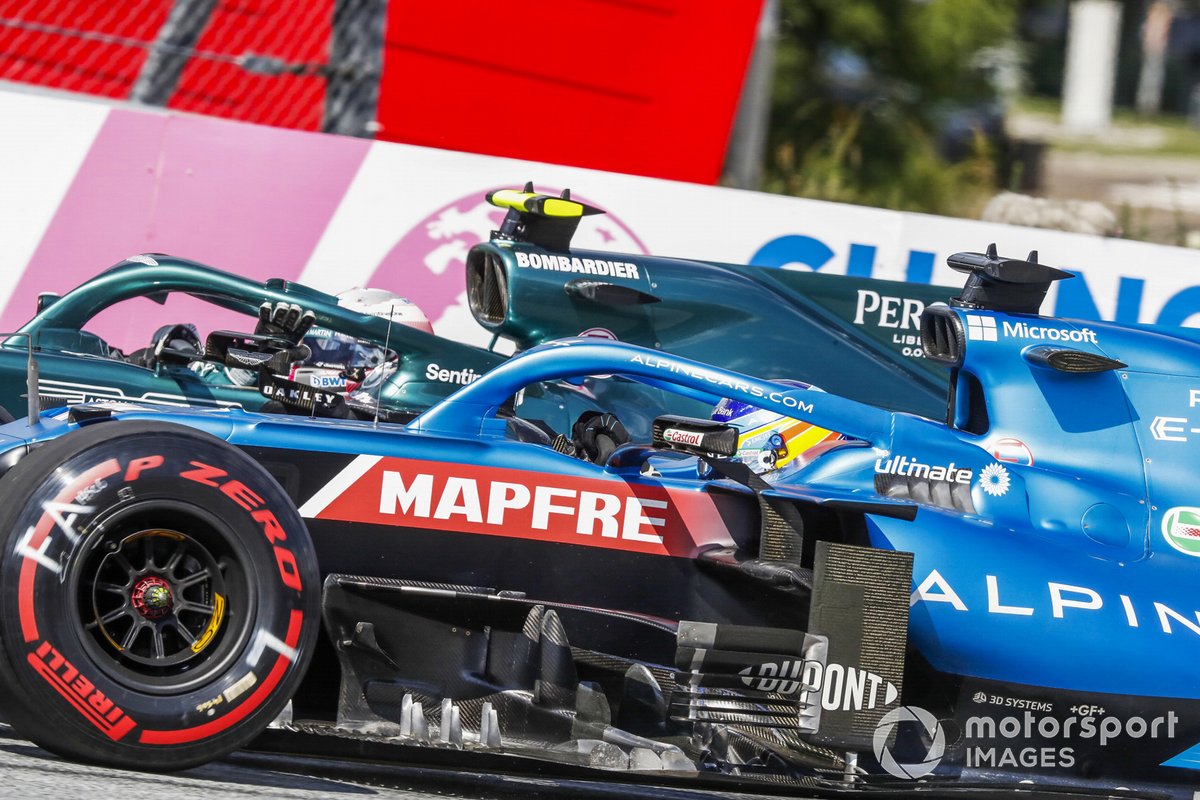 Vettel explained that he had sacrificed his own lap once he realised that Alonso was coming.

“As soon as I looked in the mirror, because it's not a nice place to meet some traffic, and I saw him coming, and yeah, like half a second later, just after I saw him and sped up, I got the radio call. So I tried to avoid him, and basically cancelled my lap,” he said.

“So in order to give him room the maximum I could at that point, I sacrificed my own lap. We didn't make it, so not much I could have done. As I said, I think from my side, I didn't do anything wrong.

“I was the last one in the queue. But I think the others should not jump the queue in the place where we agreed to slow down to then slow down after that. So I don't know if they were not listening."