The Frenchman replaces Nico Hulkenberg, who was released from his contract to allow him to complete a switch to Renault.

Pascal Wehrlein, Jolyon Palmer - ultimately retained by Renault - and Felipe Nasr were also on Force India's shortlist, but it was Ocon who got the nod to partner Sergio Perez.

Force India team principal Vijay Mallya said: "He's an exceptional talent, as his status as a Mercedes junior demonstrates, and I have no doubt he will flourish inside our team.

"We've had our eye on Esteban for a number of years and have followed his progress through the junior categories where he delivered outstanding results.

"We ran him in the car last year during testing and his performance convinced us that he is more than capable of racing alongside Sergio."

Ocon represented Force India in last year's in-season tests, and has also sampled F1 machinery with Mercedes and Renault, making four FP1 appearances with the latter in the first half of this season. 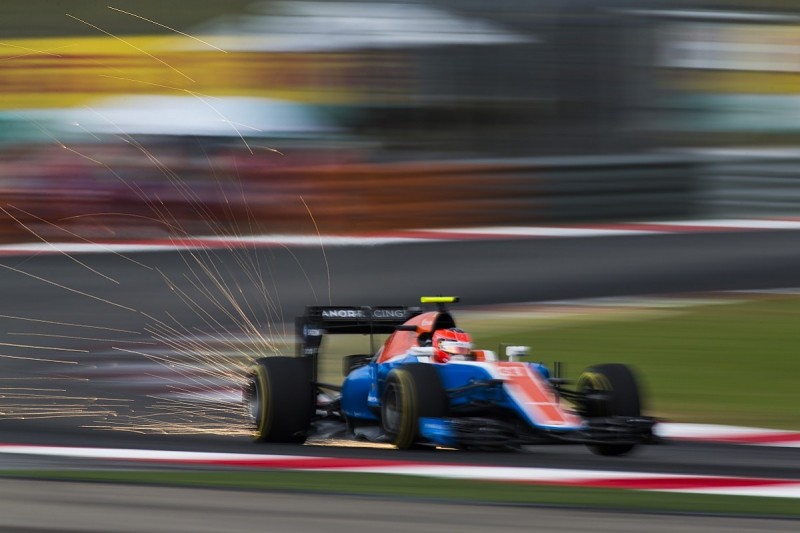 He made his race debut with Manor at the Belgian Grand Prix, replacing Rio Haryanto.

"I'm still relatively new to Formula 1, but spending half a season at Manor Racing has given me some valuable experience and I feel ready for this new opportunity with Force India," Ocon said.

"The next few months will be very busy as I do all I can to prepare for the challenge ahead of me.

"It means lots of days at the factory, working on the simulator and building relationships with the engineers and everybody in the team.

With Palmer retained by Renault and Kevin Magnussen headed for Haas, Force India's announcement leaves just Sauber and Manor with vacancies for 2017.

Sauber is set to stick with Nasr and Marcus Ericsson, while Wehrlein is likely to get a second season with Manor, alongside a replacement for Ocon.

The deal makes sense for Mercedes as it provides Ocon with a competitive car in which the manufacturer can assess his talent.

The reigning world champion team will be considering its future options, with Nico Rosberg and Lewis Hamilton's contracts expiring at the end of the 2018 season.

Mercedes motorsport boss Toto Wolff said: "Force India have a strong record of working with young drivers and have again shown courage and vision to take Esteban under their wing.

"Even more, it is a positive development for Formula 1 that talent wins over money and we will be seeing some of the most impressive youngsters fighting to make it to the top in Formula 1 over the coming years."