Felipe Nasr's hopes of staying at Sauber for the 2017 Formula 1 season are being held up by sponsorship complications, while team-mate Marcus Ericsson is set to stay on board

Earlier this year Nasr's primary sponsor, Banco do Brasil, changed its president, while a number of other high-powered positions are also understood to be part of a reshuffle.

This is having an adverse effect on negotiations taking place between the bank and Nasr's advisors, and in turn leading to a delay in talks with Sauber.

Autosport understands Sauber is unwilling to wait indefinitely as it wants to have a definitive driver line-up coming out of the final race in Abu Dhabi in just over a fortnight.

Nasr said: "I wouldn't say I'm frustrated. It's just how things are.

"Sauber is still an attractive place to be, it has been getting a lot of people on board, has been restructured, and it's on the way up.

"I only see things changing for the good, with a lot of focus on 2017, and it will be a lot different than this year."

Ericsson recently revealed he had been eyeing the vacant seat at Force India in the wake of Nico Hulkenberg's departure to Renault, but that has now been filled by Esteban Ocon. 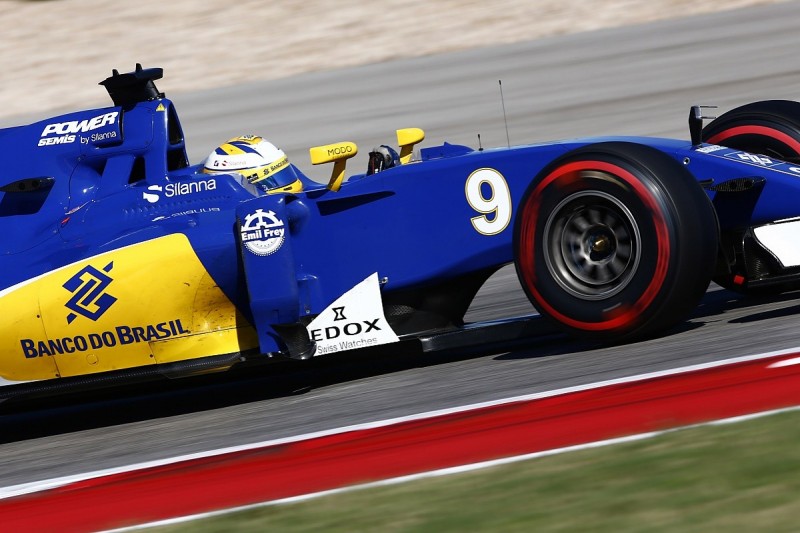 Autosport understands, however, Ericsson and his sponsors - which are understood to have links to Sauber's new owners Longbow Finance - have concluded a deal that will see the 26-year-old Swede remain at the team for a third season.

With no official announcement as yet, when asked about his situation by Autosport, Ericsson said: "There are not so many other options out there, but it's more likely now [staying at Sauber].

"Before anything is done I cannot say anything, but like I've said before Sauber is moving in the right direction, with a lot of good signings, not only for this year but also for next year.

"It's definitely a very attractive option for me.

"A couple of months ago it was not the most attractive option because we struggled a lot in the beginning of the year and it looked quite difficult.

"But we've developed a lot over the second half of the season, and the Sauber team is going to be stronger and stronger moving forwards."