Nyck de Vries has escaped with a reprimand after being summoned to the stewards after his first Formula 1 race at the Italian Grand Prix, for "erratic driving".

The Dutchman, a late call-up into the Williams team after Alex Albon was sidelined with appendicitis, spent almost the entirety of the race defending from Zhou as he sought to preserve a points-scoring debut run and was classified ninth at the flag.

Zhou was within a second of de Vries for the majority of the race, but was unable to mount an assault on the Williams stand-in as the two were caught in a DRS train behind Pierre Gasly.

The time of the incident cited by the stewards was registered at 16:15 local time, under the safety car period at the end of the race.

This was due to a moment where de Vries stopped suddenly behind Gasly behind the safety car, having reduced his speed to remain above the 'delta time' - the minimum time all drivers must run to or above in such conditions.

Having heard the evidence from de Vries and Williams, the stewards levied him with a reprimand and nothing more - having accepted that the driver was not completely acquainted with all of the systems on board the car, and had not received advice from the team.

"The driver advised that after the second lap under the safety car he was unsure about why his display was showing that he was at risk of being under the delta time," read the report.

"At the same time, he was dealing with brake issues and was in radio contact with the team over this issue, so did not get any advice from the team in relation to his delta. 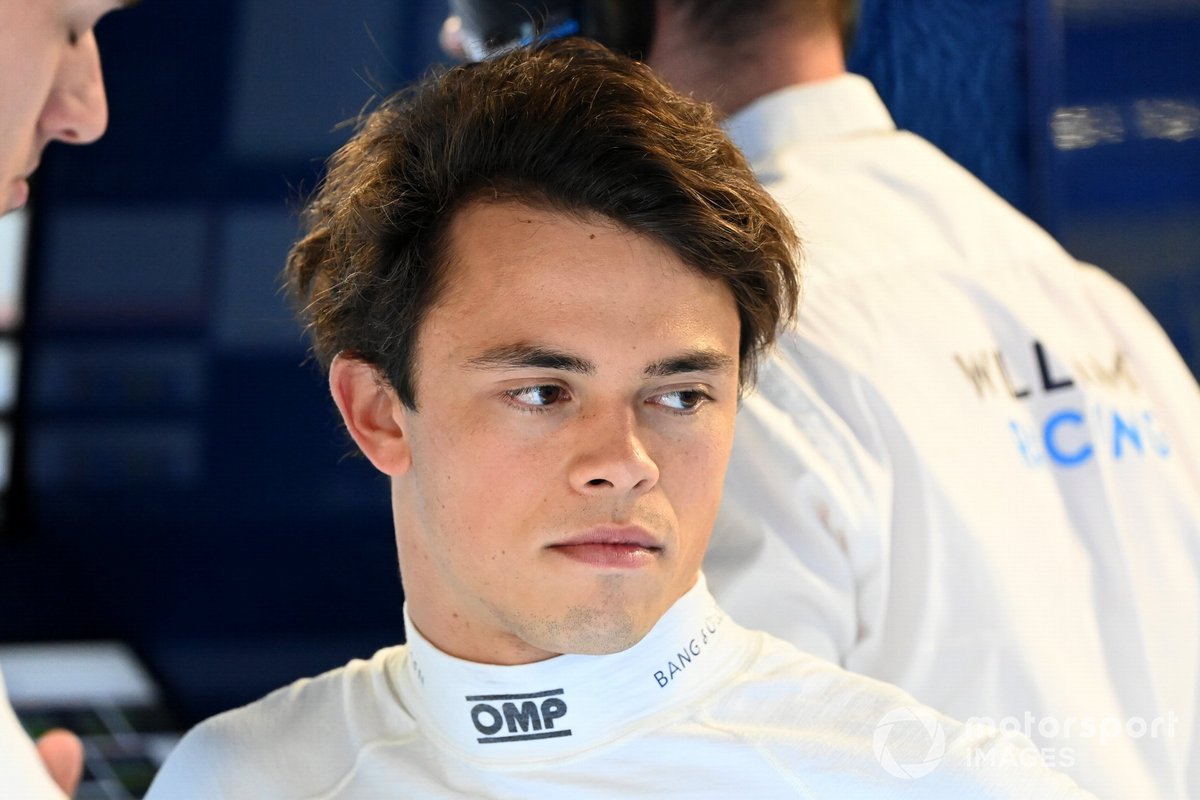 "He therefore reduced speed in order to remain above the delta time.

"The stewards took note of the fact that the driver was a 'last minute' replacement for the usual team driver and had driven this car for the first time in FP3 at this event. Therefore, in mitigation the stewards decide to impose the penalty of a reprimand instead of a higher penalty."

De Vries had started eighth on the grid after the series of penalties shuffled the order ahead of the race, but remained on the tail of the emerging DRS train consisting of Daniel Ricciardo, Gasly, and Lando Norris - with Zhou just behind.

During the course of the race, de Vries was also shown the black-and-white flag for track limits after having three of his laps chalked off for surpassing the bounding white line.

After the pitstop phase, de Vries was running in 10th and in Gasly's wake, but did not have enough forward impetus to mount an assault on the French driver.

This brought Zhou, who had dropped slightly after the stops, back to within the one-second barrier necessary to join the DRS train.

Although Zhou continued to give de Vries a headache, the Frieslander enjoyed some respite from the Chinese rookie's presence in his mirrors when Max Verstappen came up to lap the pair - which cost Zhou more time relative to de Vries.

As the race was neutralised under the safety car, de Vries crossed the line ninth to collect two points, moving ahead of one-time team-mate Nicholas Latifi in the drivers' championship and putting Williams onto six points for the season.