The Toro Rosso driver qualified an impressive sixth, immediately behind the two Red Bulls of Max Verstappen and Daniel Ricciardo, which was not expected given the team has struggled to get the most out of its car so far this year.

Sainz had qualified down in 12th position in the previous race in Spain, over two seconds off the pace, but he will line up on the third row of the grid in Monte Carlo.

"It's a good surprise for all of us, because it has been a tricky first five races," he said.

"We all expected a bit more from the car and the pace, and suddenly to get this P6 in Monaco is the best boost for everyone.

"We put the same car on track that we had in Barcelona.

We obviously had to adapt the set-up for this kind of track, and all of a sudden we see ourselves P6. The analysis has to be done.

"There are not a lot of straights here, and this is helping us. 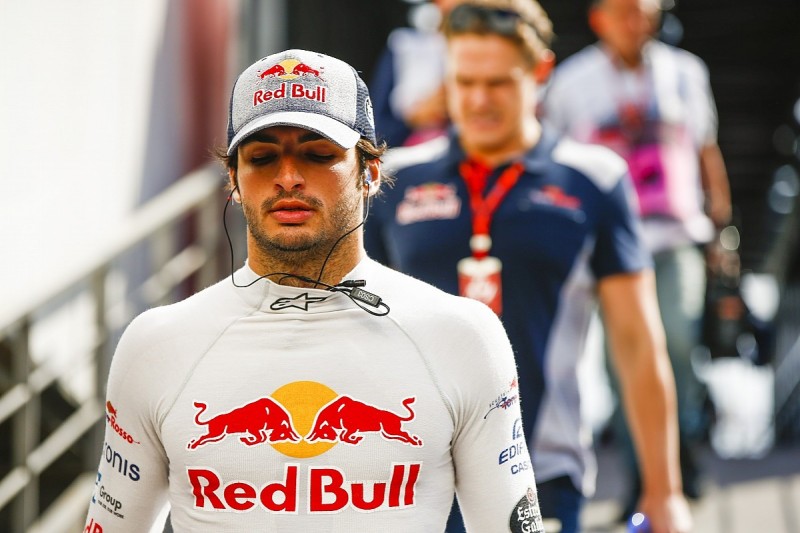 "Second, we have a good car in terms of mechanical grip, which is something maybe last year we were not as good.

"As I've said on many occasions, the car is more complete."

Sainz insisted he will not hold back at the start of the race despite having the sister Red Bull cars in front of him.

"I always attack. I don't know what Helmut Marko will tell me," he joked.

"But I always want to attack from the beginning, because to go into a race defending is the worst thing you can do to your approach and your self-esteem.

"It's a long race, more than 70 laps, you just need to be quite lucky with the safety cars, with the timing."