Sainz believes McLaren's strong showing in the French and Austrian Grands Prix - scoring 22 points at the two venues - means the package is now showing its strengths.

The high-speed nature of the circuits helps further cement Sainz's theory that McLaren should perform strongly at races such as the British Grand Prix next weekend.

"The biggest effect the package has had is on high-speed corners," said Sainz. "So in France and in Austria, our was car performing very well on high-speed.

"That's probably why in Monaco and Canada we didn't see any big benefits, or we were just not as good as we were in the last two races.

"Now, we have a very nice rear end in high-speed and that is allowing us to be really fast."

McLaren boss Andreas Seidl has said he is keen for McLaren to take a more "risky" approach to car development to help it close on the leading teams.

The team, which lies fourth in the constructors ahead of the factory Renault squad, has also been experimenting with bold potential updates in recent practice sessions. 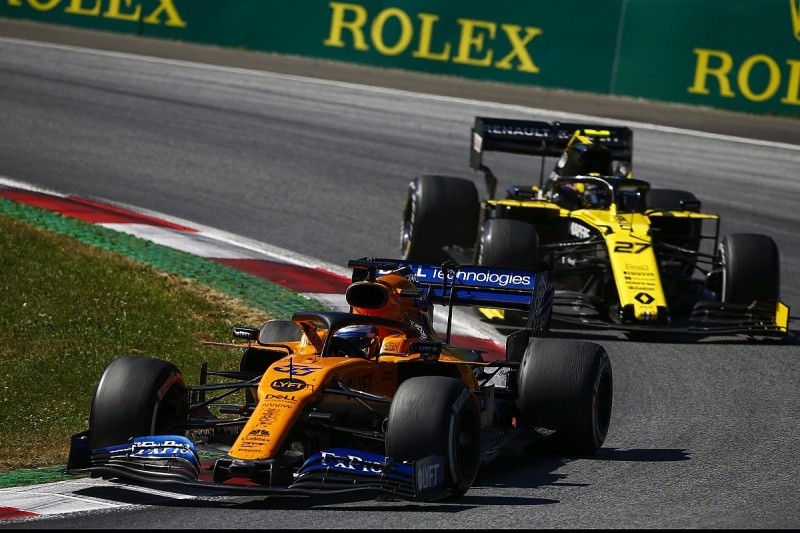 Sainz believes its current approach is paying off.

"So we are going to Silverstone and we will try to put a good Friday, good Saturday and good Sunday together."

Sainz added that McLaren needed to improve its competitiveness in slower-speed corners.

"We are still working to make the car better on low-speed," he said.

"We were not that bad [in Austria] in low-speed but we have work to do if we want to get closer to the top guys, which is our main target."

Why X-rays and ultrasounds play a vital role in F1