The revived McLaren-Honda alliance has yet to score a point this season with the car struggling for power and straightline speed a big weakness.

But Monaco's unique tight and twisty layout means there are other factors that play a greater role than power.

Button believes the fact he feels confident in the car's handling could bode well for the principality.

"Definitely, I've got a good feeling about it," said 2009 world champion Button.

"There are a few areas where the car needs to be stronger right now for Monaco if we were going to go there tomorrow but it will be an interesting place to drive this car.

"It's such a tricky circuit to find the limit at. If you have a car that you are confident in, it makes a massive difference.

"I remember Jean Alesi in a Prost [in 2000, pictured below] doing a really good job around there because he had confidence in the car and the balance was there.

"He might not have had a lot of downforce but it worked for him and it gave him confidence.

"You need that anywhere, really. In F1 most drivers are very talented and it's a mental game but especially for Monaco."

Double world champion Fernando Alonso agreed with his team-mate that Monaco could be good for McLaren.

"The lower power-effect circuits will help us at the moment," said Alonso.

"Monaco is the first circuit that we may enjoy a little bit better result but we will see.

"We need to think race-by-race and Barcelona at the moment is the first step.

"We have to be focused and united now, and I think the good results are coming." 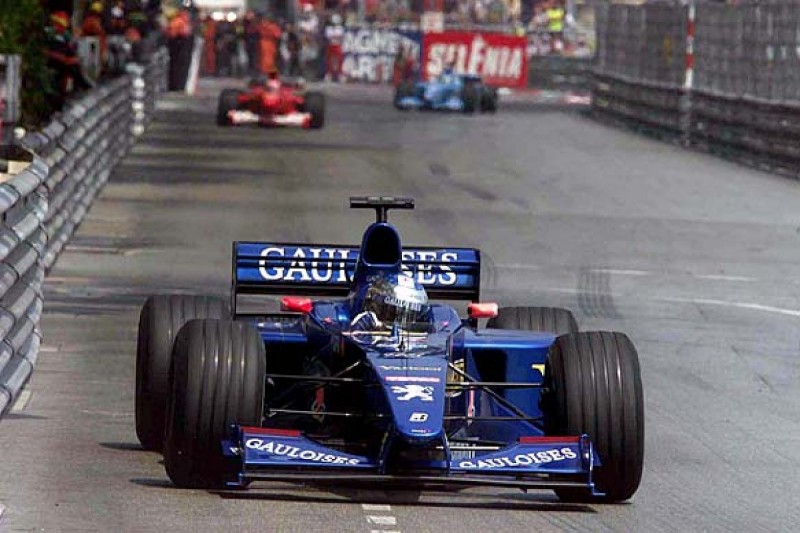 The Monaco Grand Prix is often a chance for drivers having tough seasons in uncompetitive cars to muscle their way into good positions.

Many of the most famous occasions - such as Ayrton Senna and Stefan Bellof's breakthrough performances in 1984 and Olivier Panis's famous 1996 win - have required rain.

But it's possible to achieve underdog heroics in Monaco in the dry too, and sometimes even to turn a qualifying upset into a win.

Though Ferrari and Michael Schumacher were unstoppable for much of the 2002 and '04 sesaons, rare defeats were inflicted in Monte Carlo.

Juan Pablo Montoya put his Williams on pole in the first of those years, but it was David Coulthard's McLaren that beat him away and held off a train of cars to win.

Two years later, Jarno Trulli danced his Renault to pole and stayed ahead through a wild race to take his only GP win.

Gilles Villeneuve infamously - and impossibly - got the unwieldy 1981 Ferrari onto the front row and won after a mistake by Nelson Piquet and a misfire for Alan Jones.

Two years later, Keke Rosberg placed the normally-aspirated Williams-Ford fifth on the grid among the dominant turbos and skated to victory in a race that began damp, taking the final non-turbo win of the era.

But in McLaren's current position, it's an against-the-odds top 10 that might be more realistic.

Pastor Maldonado getting the 2011 Williams into Q3, Eddie Irvine taking Jaguar to the podium in 2001, Jean Alesi getting the awful 2000 Prost to seventh on the grid, Mika Salo finishing fourth for Arrows in 1998, Stefano Modena putting Tyrrell on the front row in 1991, Martin Brundle qualifying fourth for Brabham in 1989 and Eddie Cheever putting his Alfa Romeo in the same spot on the 1985 grid are high in the pantheon of lower-profile but deeply impressive Monaco upsets of recent decades. The tragically-reduced 1994 Monaco grid had two Arrows and a Minardi in its top 10 too.

And for absolutely against-the-odds heroics, let's never forget Jules Bianchi giving Marussia its first points with ninth in Monaco last year and Roberto Moreno getting the notoriously uncompetitive Moda onto the grid at all in 1992. 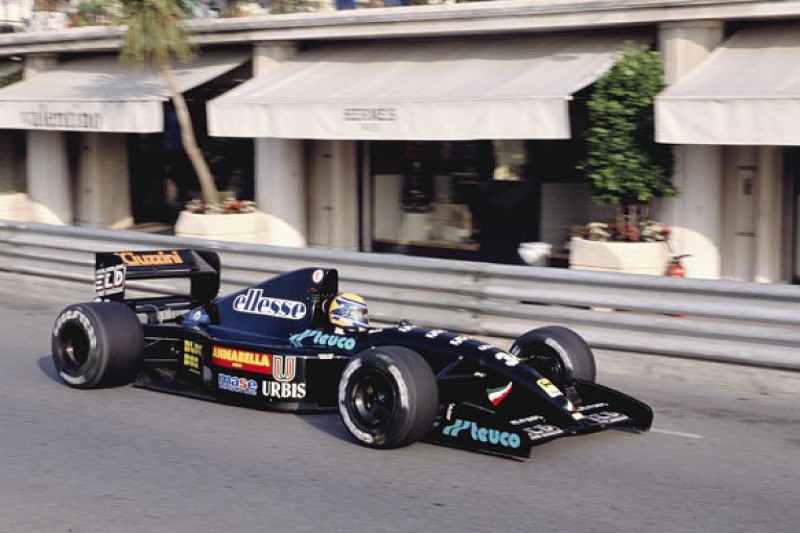