For 2013 the Enstone-based team made a staggering loss of £64 million, casting severe doubt on its future in the sport.

Upon Carter's arrival in January of last year, his overriding task was to slash costs and personnel.

AUTOSPORT has learned Lotus' accounts for the year ending 2014 are expected to show a gross profit for the first time in many years, with turnover up by around a third.

Overall, after taxation and exception costs - that include the like of redundancies and breaking its contract with former power-unit supplier Renault - the net loss is expected to be just under £6m.

With these latest figures far more respectable, Lotus are close to again operating on an even financial keel.

"I came in and there was a huge deficit in terms of income and expenditure," said Carter, speaking to AUTOSPORT.

"We did some pretty hardcore cost cutting, laying off a number of people, making a lot of redundancies, and then it was about cutting costs everywhere we could, and it worked.

"We were hoping to break even, but there are still some arguments about stock and bits and pieces with the auditors (KPMG), but it is probably where we will end up, that sort of figure."

By his own admission Carter concedes too many corners, and staff, were initially cut.

It resulted in corrective steps being taken following a miserable 2014 on track, with the benefits now being felt, not just by the change of power-unit supplier from Renault to Mercedes. 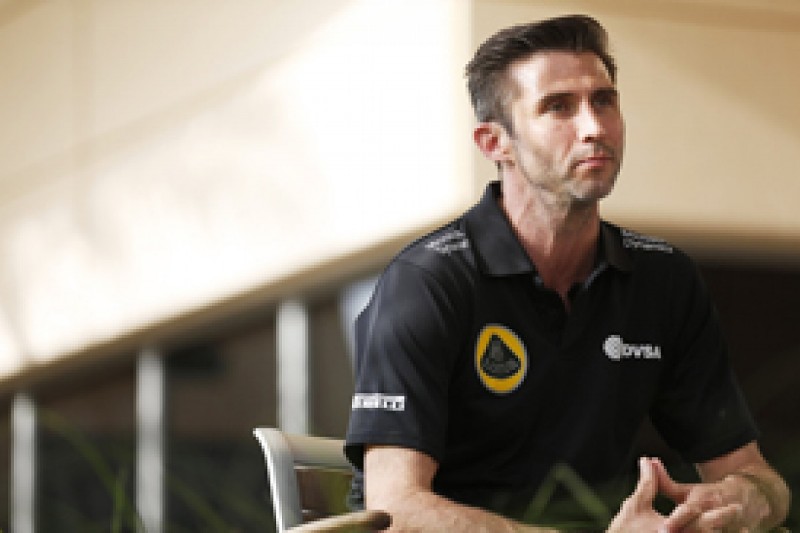 "In reality we probably went too far last year, cut a few too many heads," added Carter.

"With hindsight, looking back, we were a little short on the race team last year, so we didn't have a chief race engineer.

"We also got carried away in aerodynamics and the design office as well, so gradually over the winter we've restocked people back into those.

"We also made sure we picked up our graduate scheme. In previous years under Renault we had a pretty good graduate scheme, brought some graduates through.

"We probably lost our way a bit with that over 2011/12/13, but we've reintroduced that and we are now picking up some really good young engineers, some good aerodynamicists.

"From my point of view they don't cost the same as the established people, so it's about bringing people through and keeping control of costs."