McLaren boss Zak Brown is eager to see Formula 1 hold two races in the United States later this year if changes are made to the existing calendar.

The 2021 F1 schedule currently stands at 22 races, but doubts remain over some of the flyaway events later in the year due to the ongoing COVID-19 pandemic.

The Singapore Grand Prix scheduled for September has already been cancelled, while there are questions marks over events in Japan, Australia, Mexico and Brazil.

One option under consideration to make up for Singapore’s cancellation is running a second race at the Circuit of the Americas in Austin, Texas, which is set to host the United States Grand Prix on 24 October.

Austin track officials are known to be open to the idea, and it could prove lucrative for F1 at a time when it is enjoying a big boom in the United States, with a second permanent race planned in Miami from 2022.

Asked by Autosport if it was a no-brainer for F1 to capitalise on this growth and hold two races in the US this year, Brown replied: “Definitely.

“I think Texas is wide open, and my understanding is it’s sold out, so I think you can definitely probably sell out again.

“So I definitely would be very supportive, if we have the opportunity to choose and the stars aligned, to have two races in America.

“I think we’ll only continue to accelerate the momentum that the US has.” 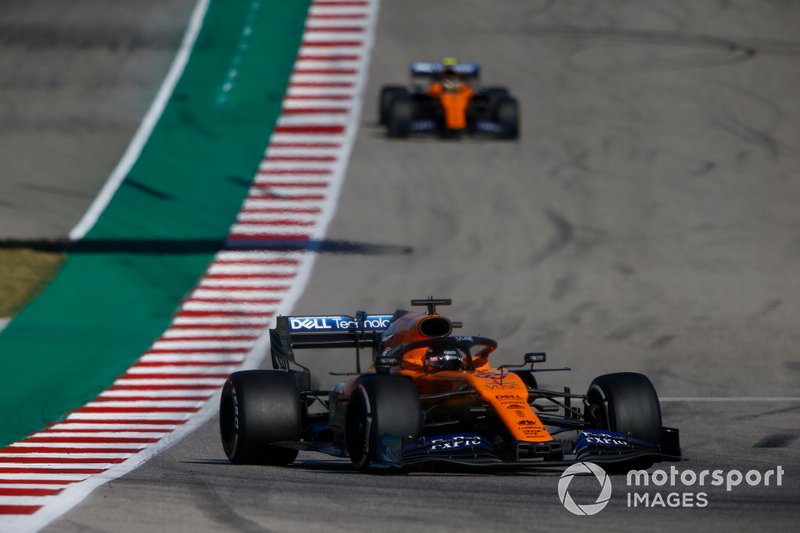 F1 has been enjoying strong TV ratings with ESPN in the United States this year, with much of the growth being stimulated by the success of Netflix’s Drive to Survive series.

Brown felt that Drive to Survive had been “the single most important impact in North America” by helping reach a wider audience and convert casual viewers into diehard fans.

“It’s done such a great job, not only just raising awareness, but turning people into avid fans,” Brown said.

“You get trend fans, and you hope to put them into the avid fan category.

“That’s been a great thing that Liberty did very early on, which is recognise we’ve got this great sport that we’ve not let people in to what goes on in the paddock, because Drive to Survive is a little bit less about the on-track action, and it’s a little bit more about the off-track action.

“It’s such a fascinating sport, with the politics and personalities. I think Drive to Survive has nailed that and exposed that to the world, and it seems to have really resonated in the US.”