No cars appeared on track for the first 10 minutes of the one-hour session, which took place in overcast and cooler conditions compared to the opening running on Friday.

The Haas pair Nikita Mazepin and Mick Schumacher eventually became the first drivers to head out, soon followed by another pack of drivers, with all the teams eschewing running the medium tyres, which will likely be critical for Q2 and the race’s opening stint, during the early stages and sending their cars out on the softs from the off (except Aston Martin which initially fitted the hards to Sebastian Vettel and Lance Stroll).

As the first car to set a time, Mazepin duly established the P1 benchmark at 1m34.966s just before the opening quarter came to a close, which stood as the fastest time for a few minutes until Sergio Perez put in a 1m33.775s a few minutes later. 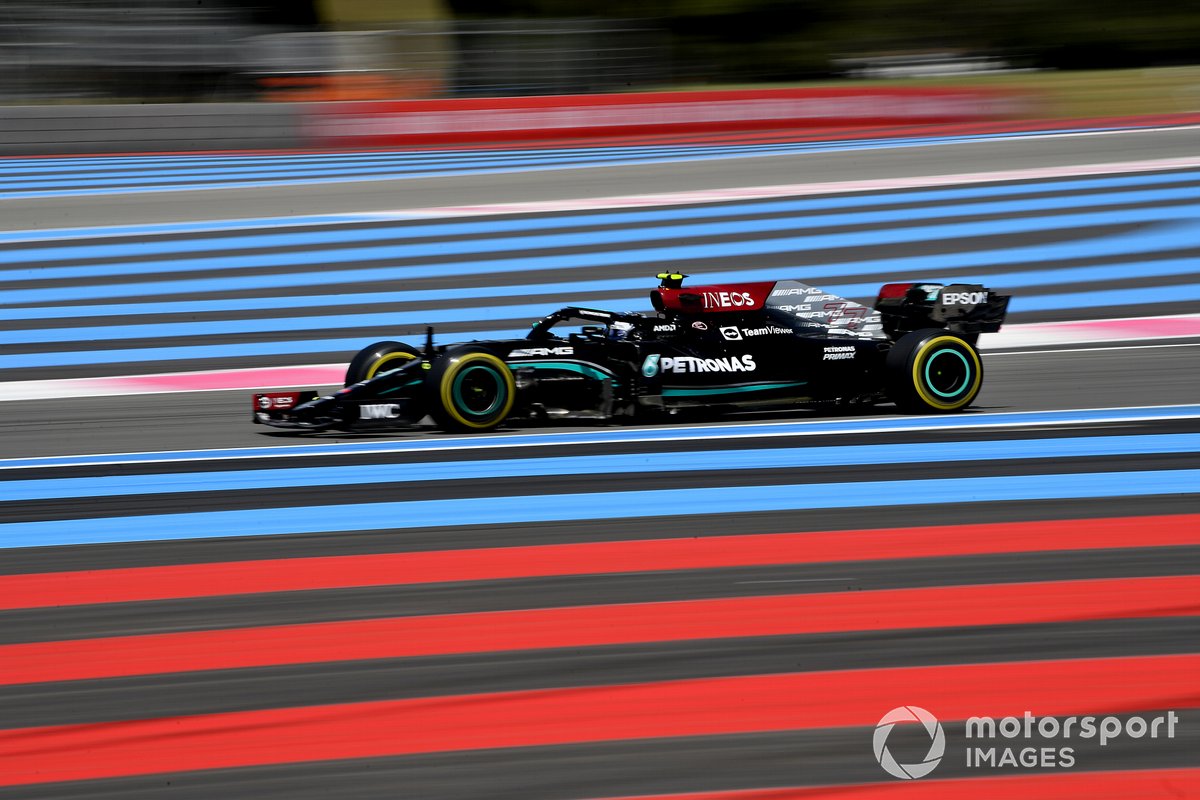 Alpine drivers Esteban Ocon and Fernando Alonso then cycled to the front, with the latter posting a 1m33.206s that remained fastest for nearly 10 minutes – until the Mercedes drivers and Verstappen appeared for the first time.

Hamilton led the trio around and took the top spot with a 1m33.107s, but behind him Bottas set then fastest times in all three sectors to go faster still on a 1m32.346s.

Verstappen, following a few moments behind, took first place with a 1m32.337s, which he called a “pretty shit lap” that featured a small lock-up at the Turn 12 tight left and then fastest time in the third sector.

While Hamilton pitted, Bottas and Verstappen went for a second go on their first set of softs, with the later moving back into first place on a 1m32.309s – despite losing time in the middle sector.

Verstappen then put in a 1m32.024s, with purple sectors in the final two thirds of the lap, but this time was deleted as he had run fractionally too wide exiting Turn 6, which as of the start of FP3 is now being policed by the FIA for track limits, with any driver losing a time if they put all four wheels beyond the white line on the left of the circuit as they swing back towards the Turn 7 fast left and the start of the Mistral Straight.

Just before the 45-minute mark, Bottas improved the top spot time to a 1m32.047s, with Hamilton following him around and moving up to second 0.219s slower than his team-mate. 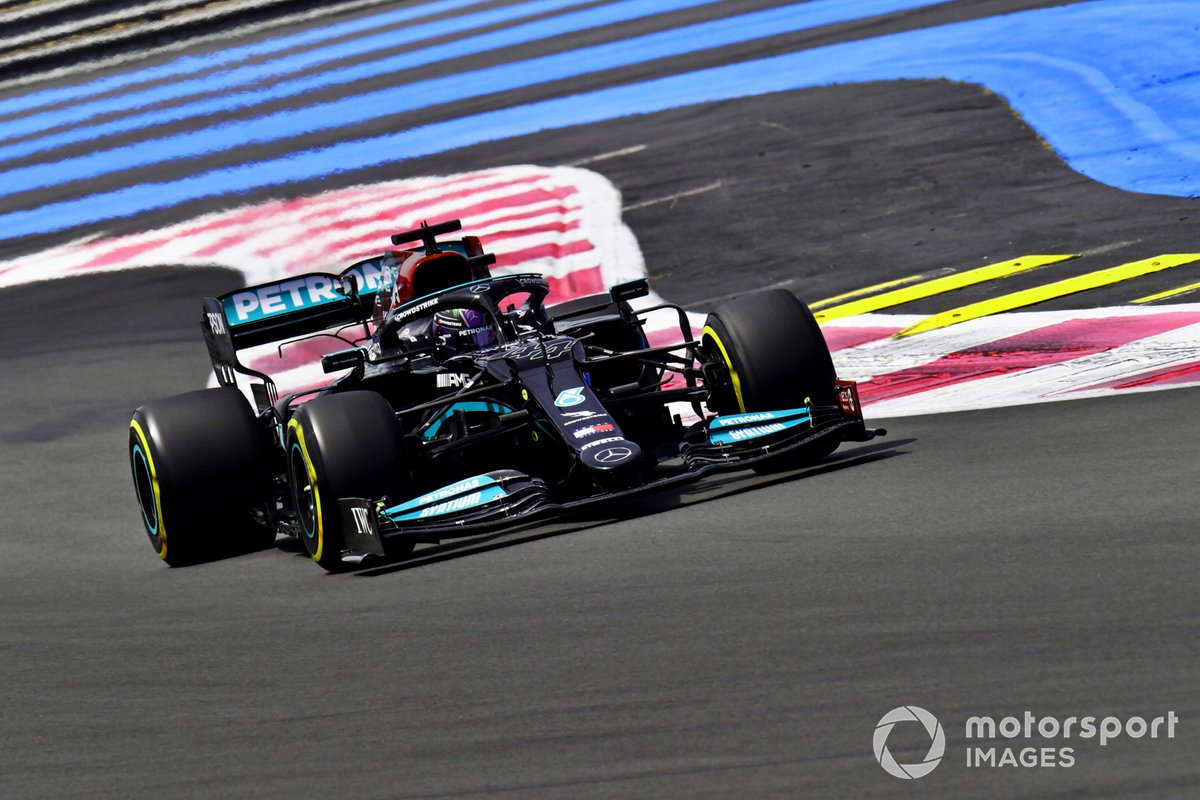 But just after Carlos Sainz Jr and Perez slotted in ahead of the world champion a few minutes later, Verstappen recorded a lap that opened a significant gap to Mercedes.

The Red Bull driver set the session’s best times in the second and third sector as he produced a 1m31.300s that put him 0.747s clear of Bottas, after which Verstappen came into the pits with nearly 10 minutes of the session remaining and climbed out of his car.

Sainz’s 1m32.195s remained good enough to hold third behind the two drivers that have led all three practice sessions between them this weekend, with Charles Leclerc down in P11 after having to catch a big oversteer snap exiting Turn 12 on his best lap in the closing stages.

Perez and Hamilton were followed by Lando Norris, who finished sixth for McLaren, ahead of the Alpine pair led by Alonso.

Pierre Gasly and Daniel Ricciardo rounded out the top 10 for AlphaTauri and McLaren respectively.

Other drivers to have times deleted for running too wide at Turn 6 included Yuki Tsunoda (P17 in the second AlphaTauri) and Mazepin, who also had a half-spin after losing the rear of his car running through the Turn 2 right just before the 20-minute mark.

Mazepin brought up the rear of the field, behind Schumacher and Williams driver Nicholas Latifi.