Ross Brawn is confident that drivers will ‘go for it’ in Formula 1’s new sprint events, despite concerns from Lewis Hamilton that it will be a ‘train’.

This weekend’s British Grand Prix will witness the first sprint experiment, with a 100-kilometre qualifying race on Saturday deciding the final grid for Sunday’s main event.

There is uncertainty about what type of spectacle the sprint will produce – and especially whether drivers will take it conservatively and deliver a procession or be aggressive and produce some great action.

World champion Hamilton is not expecting too much, with his prediction being for not much overtaking thanks to the layout of Silverstone and characteristic of current cars.

Brawn, who is F1’s managing director of motorsport, is more bullish, however, and reckons the thrilling short restart at the Azerbaijan Grand Prix offered a glimpse of how drivers will treat the sprint event.

“I think what was fascinating was Baku and the little sprint we had at the end, which was exciting,” explained Brawn.

“I don't think ours will be quite so aggressive, because obviously it's over 100 kilometres so they've got a little bit more time.

“But I think racing drivers will race each other in a supermarket car park with shopping trolleys. It's their nature that they want to beat each other: and there is nothing worse for them to be beaten by somebody.

“Even if you could argue the sprint is only the precursor to the main event, the race, I think they will be desperate to beat each other and show who's the fastest, and who's the strongest.” 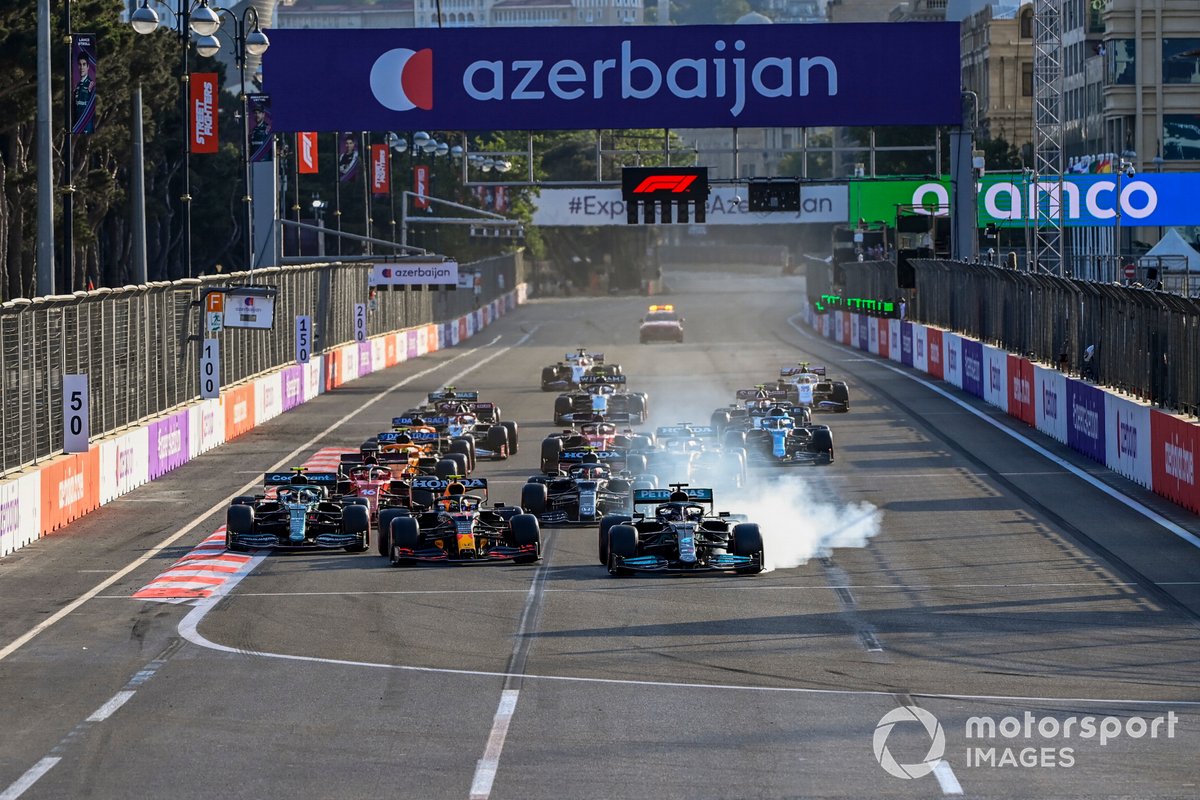 F1, the teams and the FIA have worked hard to produce rules that will encourage drivers to not need to be conservative in the sprint race.

The distance of the event, allied to tyre rules that allow them to run the softest compound available, should encourage drivers to push for the best result possible on the day.

Brawn added: “We’ve really tried to encourage flat out racing the whole time. We wanted to have no holding back in qualifying, no funny tyre choices in the qualifying and the same in the sprint: we've tried to create a situation where you wouldn't be disadvantaged in the race by your tyre choice.

“I think none of us know how the drivers will behave, how conservative they'll be, and how much pressure they get from their teams to be conservative or to be aggressive.

“I personally am very optimistic. I think it will be a very good event, a great race. And I think the drivers will go for it, because do we think Max [Verstappen] and Lewis [Hamilton] are going to have a different mindset going into that first corner, because it's a sprint? I don't think so. But that's to be established, and that's what we need to find out.”