Lewis Hamilton says he has “not particularly” high hopes for Formula 1’s first sprint race at Silverstone next weekend, predicting it will be “a train”.

F1 will debut its new weekend format at the British Grand Prix, holding a 100km sprint race on Saturday in place of regular qualifying.

Qualifying will still take place using its traditional format on Friday, setting the grid for the sprint race, the results of which will then define the starting order for the grand prix on Sunday.

The World Motor Sport Council rubber-stamped the new rules for the sprint races on Thursday, with the format also set to be used at two other events this year.

But seven-time world champion Hamilton has doubts the new concept will deliver an exciting on-track product.

Asked if he had high hopes for the first sprint race, Hamilton replied: “Not particularly.

"It’s going to be a train, probably. Hopefully there’ll be some overtaking, but it most likely won’t be too exciting.”

The sprint race at Silverstone will last for 17 laps - one-third of the usual grand prix distance - and is scheduled to get under at 4:30pm on Saturday.

The late running of the session serves as part of a wider shake-up of the weekend timings that will see qualifying begin at 6pm on Friday evening.

A further change in the rules for the sprint weekend will see the FIA officially declare the winner of the sprint race as the driver to take pole position - not the fastest man in qualifying. 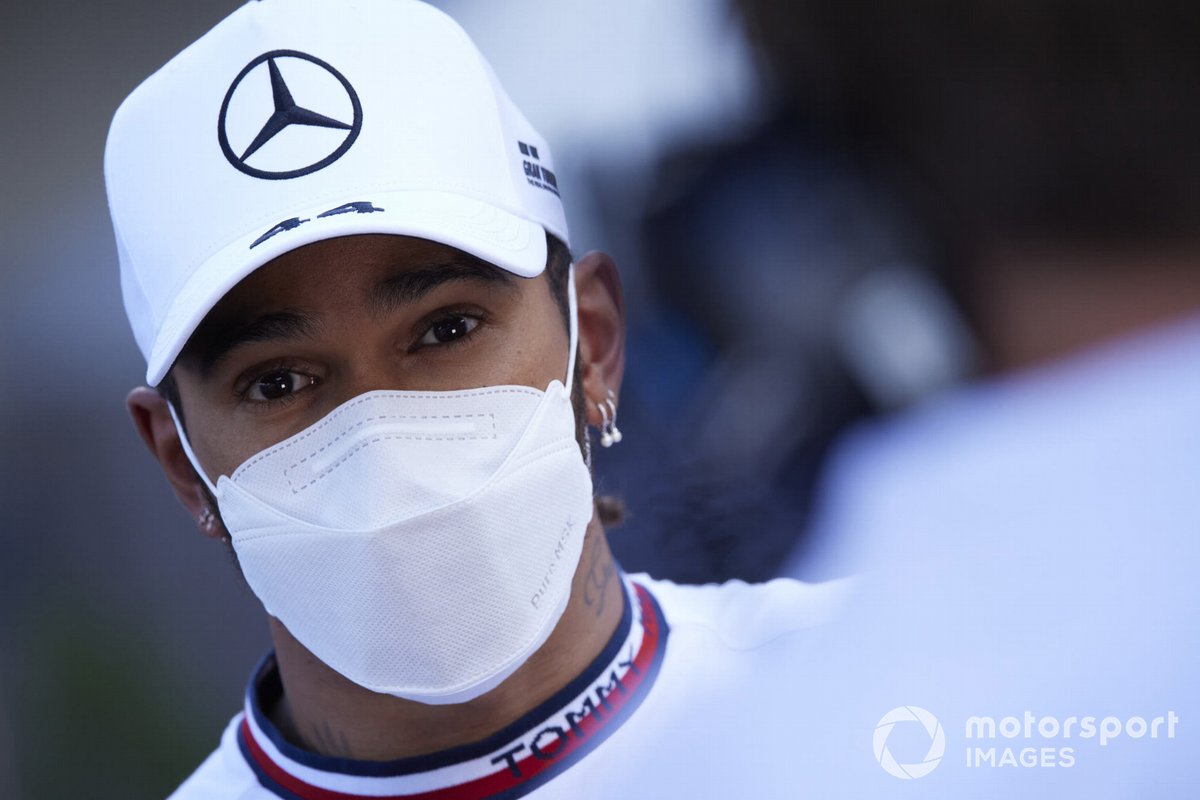 Hamilton holds the record for the most pole positions in F1, having scored his 100th earlier this year at the Spanish Grand Prix, but he did not think much of the rule change.

“I don’t really have an opinion about it,” Hamilton said.

“We’ll wait and see. There’s no point judging it before we even get into it. It doesn’t matter.”

F1 has already said that it will use the sprint events this year as a trial for the format that could be expanded in the future should it prove to be a success.

AlphaTauri’s Pierre Gasly said he was going into the weekend “open-minded”, believing it would be tricky to make any firm judgements after a single trial.

"I think it’s fair to wait all three weekends, and if there are any positives from it and people like it, then why not keep it in the future?” Gasly said.

“But I think we have to review after all three weekends. What does it bring? Does it really make it more exciting? Because I think that’s the whole point of it.

“If it does, then why not? But if it doesn’t, then it’s important to keep the format that we have, which I think is good.

“I enjoy the qualifying on Saturday and having only one single race during the weekend.”

How to become a Strategy Engineer in F1 – Qualifications, skills & more