A career that spanned touring cars and sportscars, including a class win at Le Mans, is nothing to be sniffed at for a driver whose budgetary constraints meant plans to move beyond Formula 3 were repeatedly frustrated. But for Warren Hughes there was a Formula 1 opportunity that frustratingly came and went amid circumstances beyond his control

Not too many drivers go from one-make national racing to getting a call up to test for Williams, but that was the situation facing Warren Hughes in 2000. Unfortunately, his big Formula 1 chance was thwarted by the most mundane of obstacles - a lack of flights.

The British Formula 3 stalwart had planned to step up to the International Formula 3000 championship for 1999 with the Portman-Arrows team, but when that went south, Hughes found himself racing in the MG-F Cup. Sure enough, he won it, and an impressive end-of-year F3 cameo at Thruxton - third with no testing, ahead of champion Marc Hynes - served as a timely reminder of what he could do.

After a successful shootout against Hynes, Hughes was signed by his 1995 F3 team-mate and current Red Bull F1 boss Christian Horner to lead Arden’s Italian Formula 3000 assault in 2000. After an encouraging podium on debut at Vallelunga, he began to hit form, dominating at Imola and charging through the pack to win at Monza. He was riding high in the standings, and professionally too - with Jonathan Williams, son of Sir Frank, inviting him to do some straightline testing.

Hughes had already driven an F1 car for the moribund Lotus team in 1994, but this was an altogether more significant opportunity as the team had new manufacturer backing and was on its way back to the front after a spell in the doldrums that coincided with its short-lived Winfield colour-scheme.

“It was the first year of the BMW programme when they had Button and Ralf Schumacher,” says Hughes, who would go on to lead MG’s assault on the Le Mans 24 Hours and the British Touring Car Championship in subsequent seasons.

“They couldn’t do this test, so I did a test at the airfield where they do all the heritage shakedowns now, Keevil in Oxfordshire. I ended up doing some really interesting electronic diff work for them there, it was all top-secret stuff at the time and the test went well.” 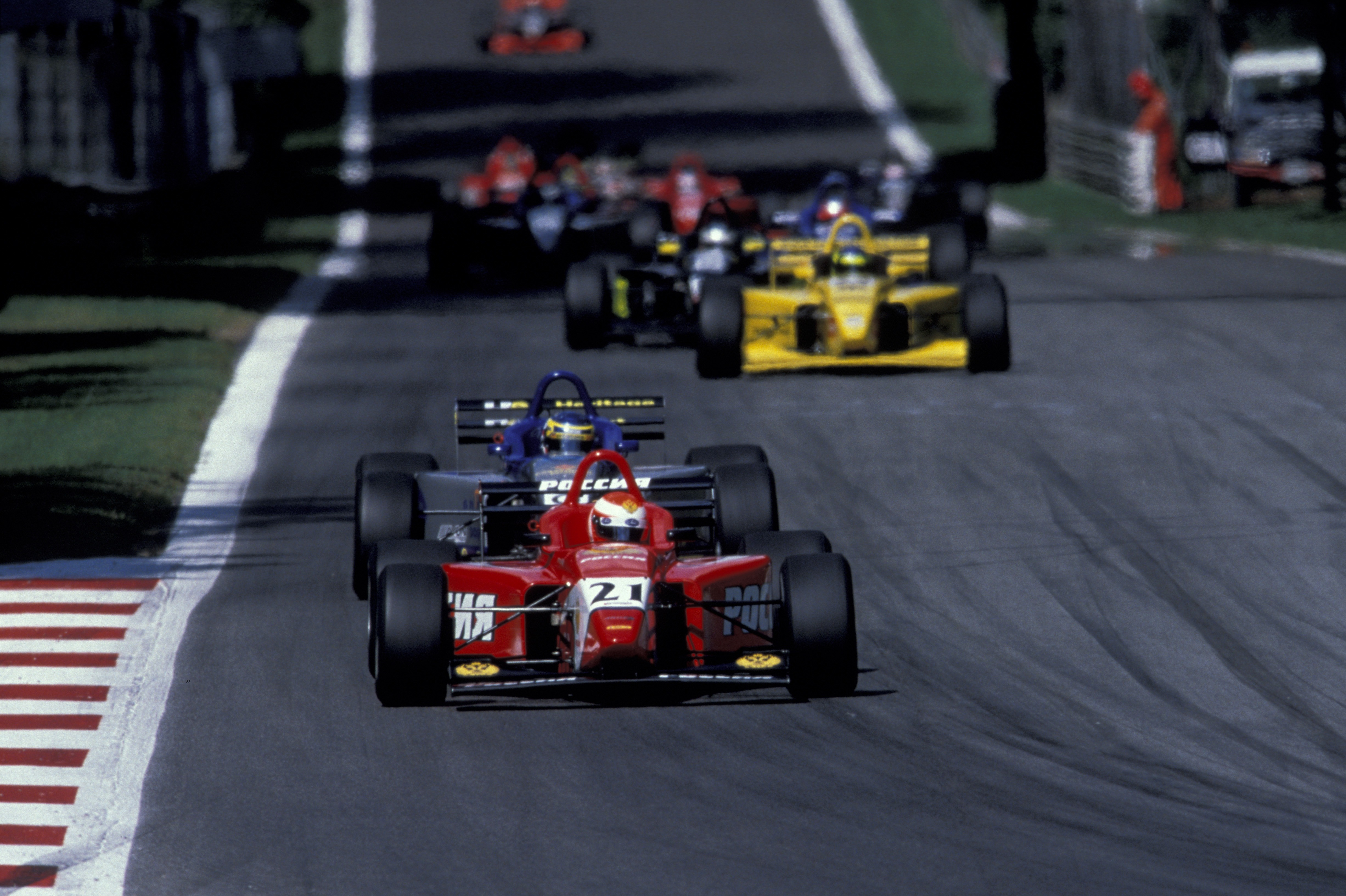 Hughes won at Monza, passing Tomas Scheckter, before being handed the trophy by his 1979 world champion father!

Next on Hughes’ F3000 schedule was Enna, but Williams wanted him for an official test at Valencia - “all the F1 teams were going to be there, it wasn’t just a private test” - the following day. That left him with a dilemma...

“To do the test at Valencia on the Monday morning, I had to be there Sunday night, but obviously I had a race at Enna on the Sunday,” he says. “Bearing in mind this was 2000, getting in and out of Sicily was difficult, there wasn’t a huge amount of flights at that time.

“I put it to Christian, ‘Look I’ve got this chance’ but up to that point we were still very much in with a shout of the championship. I said, ‘Is there any way I can either get out of Enna or miss the race at Enna to go and do this F1 test’ and he said, ‘No chance, you’re not going to miss the race’.

“At the time I didn’t have the connections or the money to get a private flight out of Sicily to get to Valencia, I had no way of getting there on the Sunday evening.”

Hughes was consoled by Williams offering to schedule another test for him, as International F30000 champion-elect Bruno Junqueira filled in for him. But, alas, the moment had passed and another date never materialised.

“That was the last chance I ever got, I never got another chance with Williams after that,” says Hughes, who would end the Italian F3000 season as runner-up to Ricardo Sperafico.

“After it was clear that nothing was going to come after that, I gave up all of the F1 ambitions. I’d thought it was always going to be a long shot, but when you get a call from Williams at that time, I thought, ‘Well maybe it’s not over!’

“A test driver role was very much a thing to have at the time, they were doing quite a lot of mileage and I thought that would be a really good gig, you never know.” 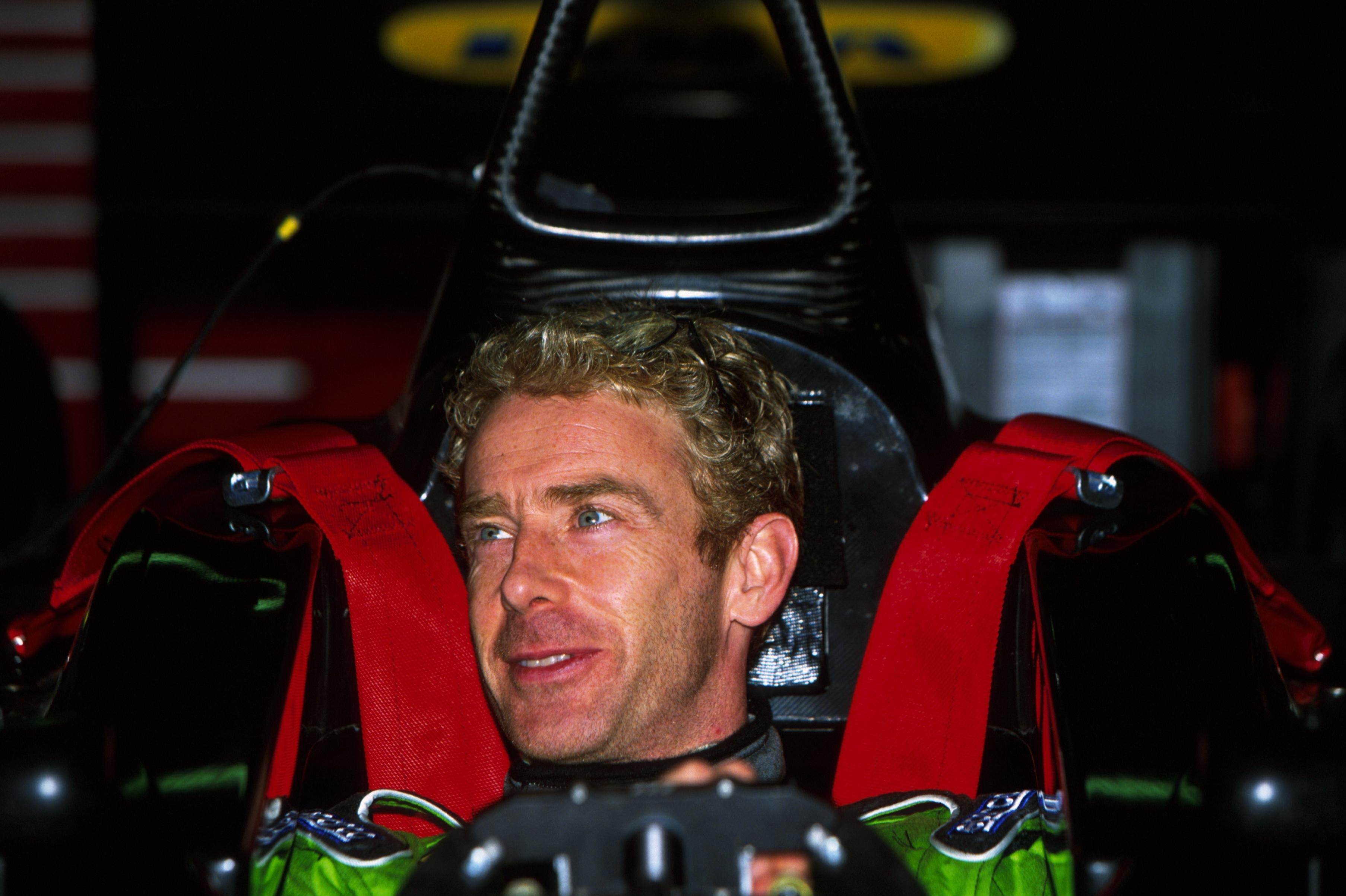 Hughes latterly focused on sportscars and touring cars for MG, and now is part of McLaren GT's roster of coaches