Honda has suffered recurring problems with its MGU-H this season, with Vandoorne with the latest failure in Canadian GP practice a fortnight ago.

The Japanese manufacturer had prepared a countermeasure part but chose to wait until Baku, where it expects to struggle anyway given the track layout, rather than change it in Montreal and take a penalty at a venue it thought it would be stronger.

As a result of the MGU-H change in Baku, both drivers will run new turbochargers.

It will be the sixth of each component for both drivers, triggering 15-place grid penalties.

Honda also said it plans to replace Vandoorne's power unit - except the control electronics and the energy storage system - after second practice.

Vandoorne will switch to its third combustion engine and will get a further 15 places in penalties as a result of a change to the MGU-H and the turbocharger, his seventh of the season.

"We have some penalties already to start the weekend, which is not ideal, but this is the situation we are in," said Vandoorne.

"We will try to do our best, focus maybe a bit more on race runs and hopefully we can play a bit during the race.

"We are probably competing to start from the back of the grid." 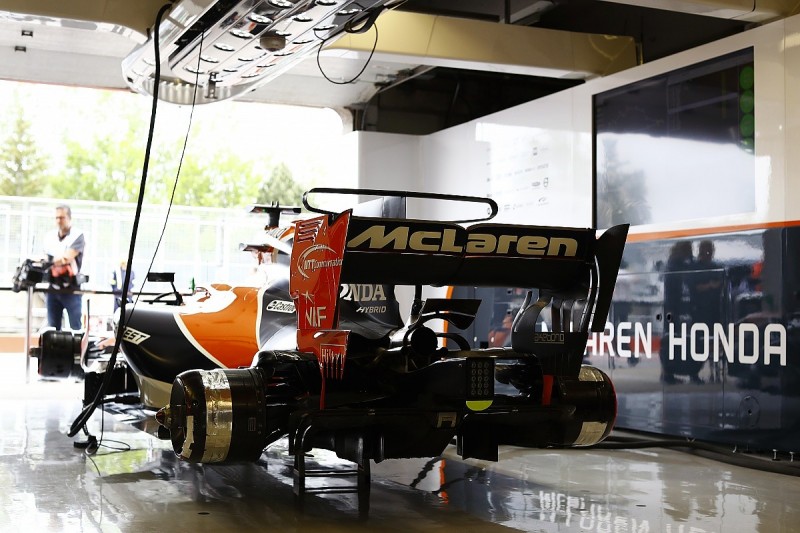 When it was asked if the new parts will bring more performance, Vandoorne said: "Difficult to say to be honest, I think probably more a question for Honda.

"I don't think it will be too different."

Alonso will also run with a new internal combustion engine, the fourth and final component of his allocation, following his failure in Canada when he was running 10th.

Honda will test a series of new components during Friday practice in Baku and will then assess drivability and mapping before making a decision on whether to run them for the remainder of the weekend.