Mattia Binotto believes Ferrari’s back-to-back pole positions in Monaco and Azerbaijan are not a true reflection of its place within the current Formula 1 pecking order.

Charles Leclerc took a surprise pole for Ferrari in Monaco last month as the SF21 car’s slow-speed strength lifted the team into contention with Red Bull and Mercedes at the front.

Ferrari scotched suggestions it would be able to take pole once again in the lead up to qualifying in Baku, only for Leclerc to top qualifying for the second race weekend in a row.

Ferrari F1 chief Binotto admitted after the race that the team was “expecting something better” given its grid position, only leaving Baku two points clear of McLaren in the battle for third in the constructors’ championships.

But Binotto acknowledged that the pole positions were outliers and not a true reading of Ferrari’s current level of performance, maintaining it trails Red Bull and Mercedes for outright pace.

“I think obviously there are two cars ahead of us which are still stronger, no doubt,” Binotto said.

“It was great to have pole position both in Monaco and here in Baku, but I don’t think that is reflecting our true performance overall. I think there are two cars which are stronger. 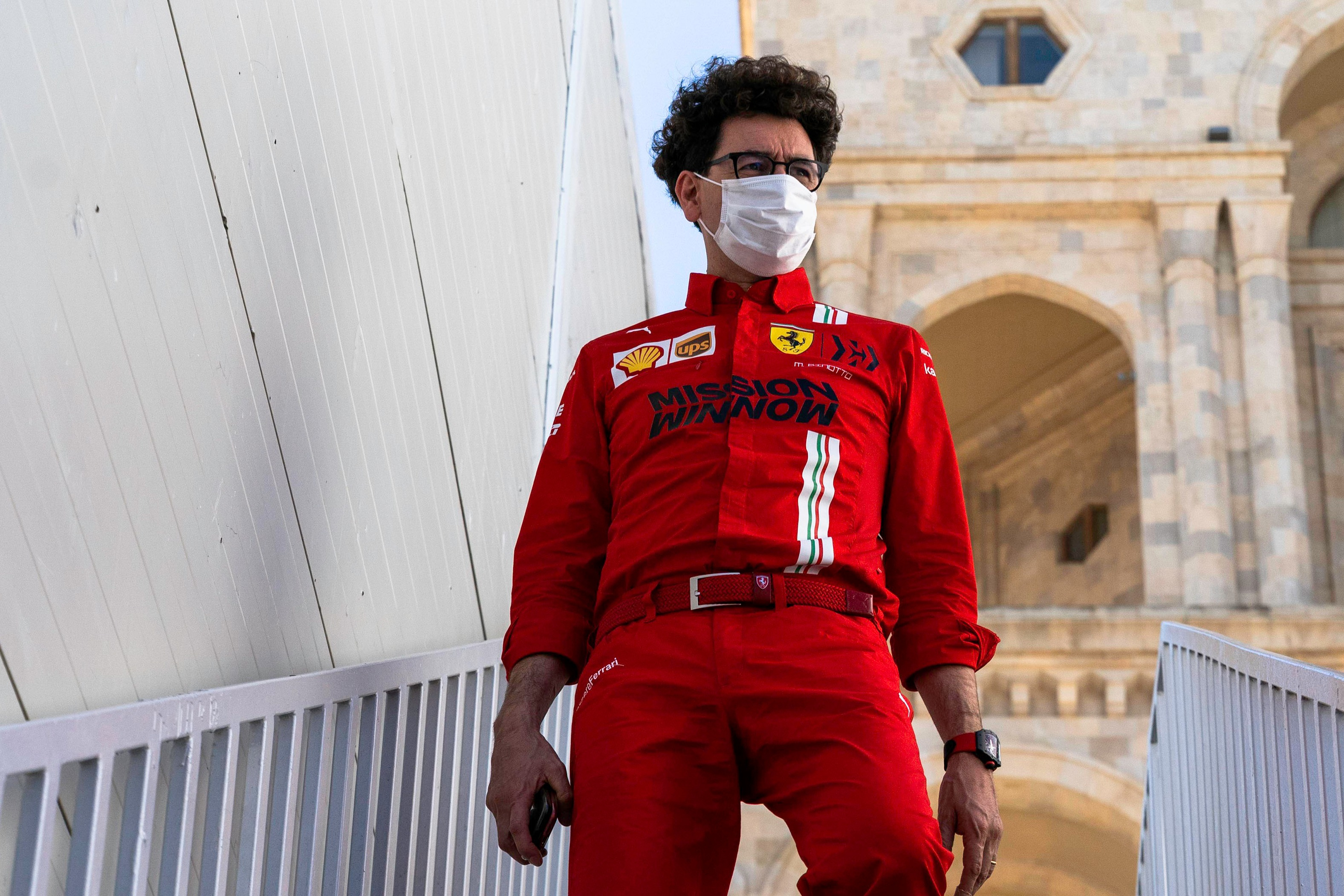 “But we are progressing. We are progressing because eventually we are learning [about] the car, we are exploiting it better compared to the start of the season. And we know that there will be some developments coming in the future.

“So overall, I think that’s where we are. [In the race] I think we were hoping for a better pace overall, seeing the qualy.”

Despite seeing Leclerc drop down the order in the opening stint on the soft tyres, Binotto was pleased with both his and team-mate Carlos Sainz Jr’s pace once moving onto the hard tyres and running in clean air.

“We knew that on the soft, we would have struggled,” Binotto said.

“I think as a matter of fact, we struggled the most with the soft. On the hard tyres, when in free air, and I think Carlos in free air pace was representative, we were competitive.

“Certainly we still need to improve our pace in the race, no doubt. But I don’t think that overall, we were poor in performance when in free air.

“We were suffering in the dirty air, which both drivers mentioned, and that’s where we need to focus our analysis."