Valtteri Bottas proved to be Mercedes' closest challenger in qualifying, albeit 1.340 seconds off the pace, with the Finn saying he was hopeful he could convert third on the grid into a podium.

However, Bottas, Lotus's Romain Grosjean and Force India's Sergio Perez all lapped to the same tenth of a second, leading Smedley to suggest Sunday afternoon will be a close affair.

"What we didn't expect is Force India," said Smedley.

"It has a very particular aerodynamic efficiency this circuit, so it means that particular cars can go well here.

"The Force India has clearly reduced downforce from where it normally runs, it was running 340km/h at the end of sector one, and that's good for a track like this.

"It wouldn't be particularly good for other tracks so that's put them in the mix."

Smedley added that while Williams thought Lotus would be quick at Spa, it didn't expect such a burst of pace, with Romain Grosjean fourth before a gearbox penalty and Pastor Maldonado eighth quickest.

"I think they were closer than what we expected them to be," he said.

"If they've perhaps pushed their set-up towards qualifying, that is another question.

"Certainly they're very quick, which might mean that they're running light in the middle sector, we'll see how it goes tomorrow."

"I think we have reason to dream of the podium," he said. "I think we can fight with Williams."

Although cars from Force India and its predecessor Jordan were often quick at Spa, Perez says the qualifying result is down to the 2015 B-spec car's progress rather than an inherent suitability to the track.

"I think if we brought our old car here we would be fighting with the McLarens," he said.

"We have definitely improved the car a lot. The pure characteristics have been improved.

"I see no reason why we cannot be consistently in this position."

Nico Hulkenberg had been a top-10 factor too in the other Force India until Q2, when an error at La Source and a loss of power left him 11th. 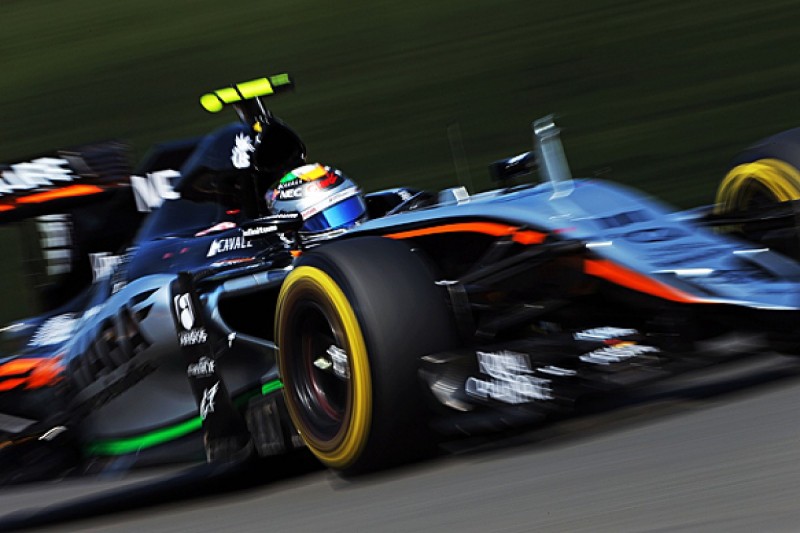