The 32-year-old, who spun and collected Nico Hulkenberg and Pierre Gasly at Turn 3 on the opening lap of Sunday's race, banged in the best time of 1m18.449s shortly before the halfway mark of the four-hour morning session in Spain using hypersofts.

Mercedes driver Lewis Hamilton, running with twin backwards-facing red flashing lights mounted at either end of the rear wing to evaluate their use to augment the existing rain light, was second fastest and just 0.094 seconds down using soft Pirellis.

Hamilton posted his time with 25 minutes of the morning remaining, consolidating a position he had initially secured shortly before midday.

Max Verstappen was third fastest with a lap of 1m19.207s set on mediums just over an hour into the session, with Renault's Carlos Sainz Jr 0.659s further back using softs.

McLaren's Stoffel Vandoorne had a slow start to the day, but climbed to fifth fastest shortly before midday - just 0.008s off Sainz.

Formula 2 race winner Nicolas Latifi made his Force India debut after missing out on planned running during pre-season testing because of illness. 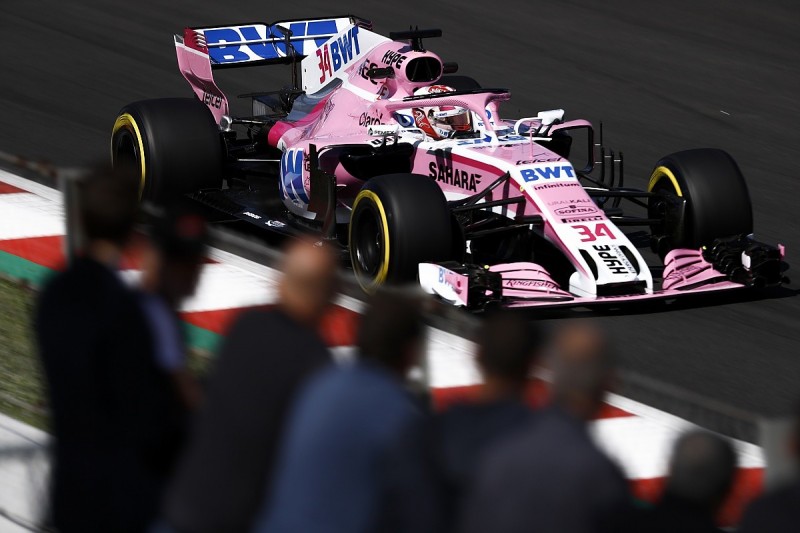 Latifi, who also tested for Renault last year, was sixth fastest ahead of Ferrari's Sebastian Vettel.

Vettel used softs to post his time. He is still running the rear-view mirrors with the winglet support above that must be modified for the upcoming Monaco Grand Prix as Ferrari will not yet have had time to change the design.

Oliver Rowland made his F1 test debut for Williams, posting the eighth-fastest time and lapping 2.490s off top spot on supersofts.

While F1's regulations allow only one car per team to test, both McLaren and Force India had second ones out to conduct Pirelli tyre testing.

Splitting them was Antonio Giovinazzi, making his first appearance of the season for Sauber before switching to Ferrari for the final day of the test on Wednesday.

Giovinazzi used softs to set his time, posting his best mark of 1m21.214s with 10 minutes remaining.

Sean Gelael was slowest, 3.486s off the pace, for Toro Rosso.

The self-confessed nightmare who earned a final F1 shot