The Mexican moved to the top of the times with a 1m35.290s in the morning, a lap that remained untroubled for the rest of the day as most of the teams focused either on race runs or troubleshooting.

All of the Mercedes-powered teams spent the majority of the day working on race-specification, meaning that the headline times were slightly slower than was often the case last week.

Williams's priority for most of the day was aero work and a race simulation, but towards the end of the session Valtteri Bottas went out for a shorter run and moved up to second in the times.

Ferrari and Kimi Raikkonen suffered a minor setback as the team worked through some glitches in the morning, but as the day went on the 2007 world champion built up some miles in the F14 T, gradually improving through the afternoon to end up third.

Raikkonen then brought the session to a slightly premature end when his Ferrari stopped on the backstraight with just a couple of minutes remaining.

Last week's regular pacesetters, Mercedes and McLaren, had a low-key day in terms of laptime as they also focused on race work, while Red Bull and Lotus suffered more trouble.

Daniel Ricciardo managed 32 laps in the morning for Red Bull, before the team's overheating issues - caused by its packaging rather than a Renault engine issue - prevented it from running again until the final few minutes of the day. 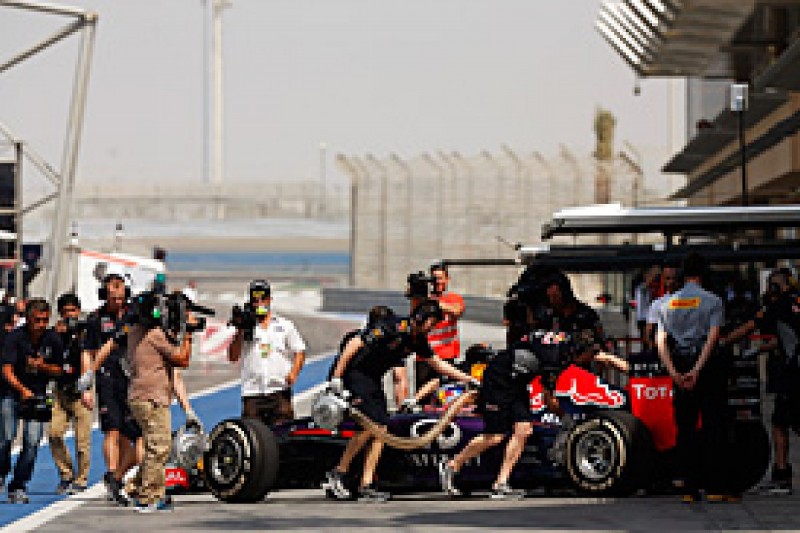 Lotus had to call an early close to its running when problems with a new exhaust configuration forced the team to switch to the previous specification - a job that could not be completed in time for Pastor Maldonado to return to the track.

Elsewhere in the pitlane, Marussia enjoyed its best day in pre-season so far, completing 44 laps with Max Chilton and setting a best time of 1m38.610s.

Fellow back-of-the-grid-team Caterham made a stuttering start to the final test, with reliability issues limiting Kamui Kobayashi to just 19 laps.