Haas was fined €5000 by the FIA after releasing Magnussen's car from its pit without the right front wheel properly attached during Friday's second free practice session at the Red Bull Ring.

According to the stewards' judgement: "the team admitted that there had been a problem, with the accidental triggering of the blue ('OK') light on the wheel gun, falsely signalling that the wheel had been correctly fitted". 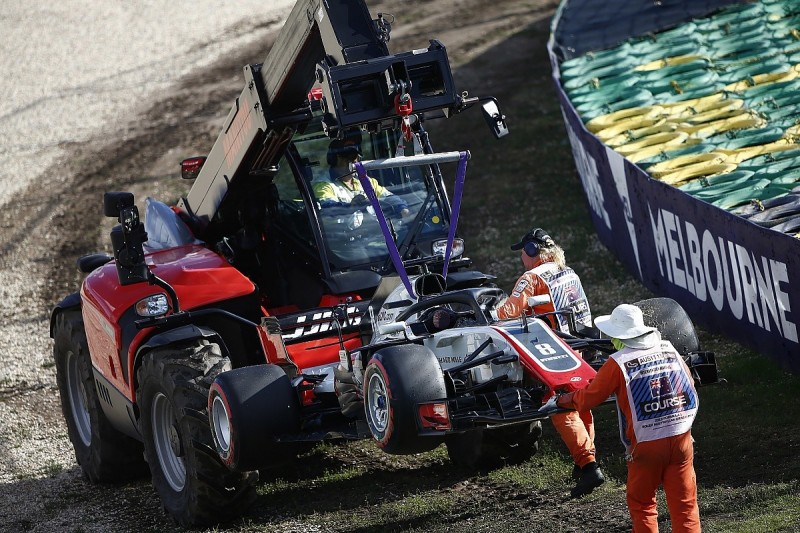 Haas took measures to improve its pitstop procedures after that race, including shuffling personnel in the pit crew, and team boss Gunther Steiner reckoned the fact his team "reacted instantly, instructing the driver to stop the car and the driver stopped the car in a safe manner immediately" in Austria, according to the stewards, showed how much progress Haas has made since Australia.

"One of guys didn't have the wheel on and it [the car] came down," Steiner explained.

"The mistake is he pushed the button but it [the wheel] was free, but he realised and we stopped him [Magnussen] immediately afterwards.

"I think the system worked. It wasn't good for us because it cost us €5000, but even in the race if you do something you can push it back and then go out again - you're not retiring.

"So it worked what we put in place [since Melbourne], that's the good thing.

"I'm not happy that we did a release unsafe and had to pay a fine, but we got something positive out of it."