Verstappen did not elaborate on the nature of the floor damage, only saying that it was not a result of the raised kerbs that caused problems for several drivers in the opening Red Bull Ring sessions.

"I don't think it was a perfect day, we had a damaged floor," said Verstappen.

"Something broke off the inside of the floor, so my second practice session I had to run with a floor that was a little bit cut, let's say it like that.

"It's not from the outside sausage kerb, it's from the inside, I guess it was just vibrations or whatever.

"It was anyway an old floor. We'll put on a new one tomorrow, but today we had to be a bit limited on that, so that definitely compromised the downforce of my car a bit."

Red Bull was outpaced by Mercedes and Ferrari on Friday, with Daniel Ricciardo and Verstappen fourth and fifth in the afternoon. 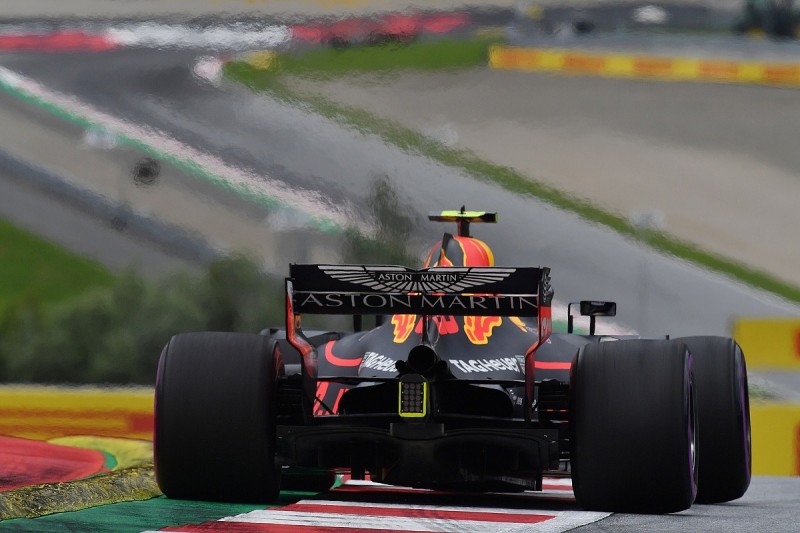 Verstappen said it had been an "average" day, and that while Red Bull "lose quite a bit of time on the straights" with its Renault engine it was also struggling to find a handling balance.

"I'm also not happy with that yet, so we need to work on it," he said.

"Just not the balance we wanted, [I'm] chasing a bit. We never really found the sweet spot, so [there's] work to do tonight.

"I don't think it's the tyres, it's the car balance we were not happy with.

"I'm sure if we find the right balance, then the tyres will work as well. "We just need to try to find a better set-up."