The new wing splits the footplate on the edges into three distinct sections, which helps feed the vortex that is formed by the surface in question and therefore enhances its effect.

Like the oddly-shaped footplate preferred by sister team Red Bull (below), it will also have an effect on the performance of the vortex as the wing pitches backwards and forwards on track, potentially improving its consistency. 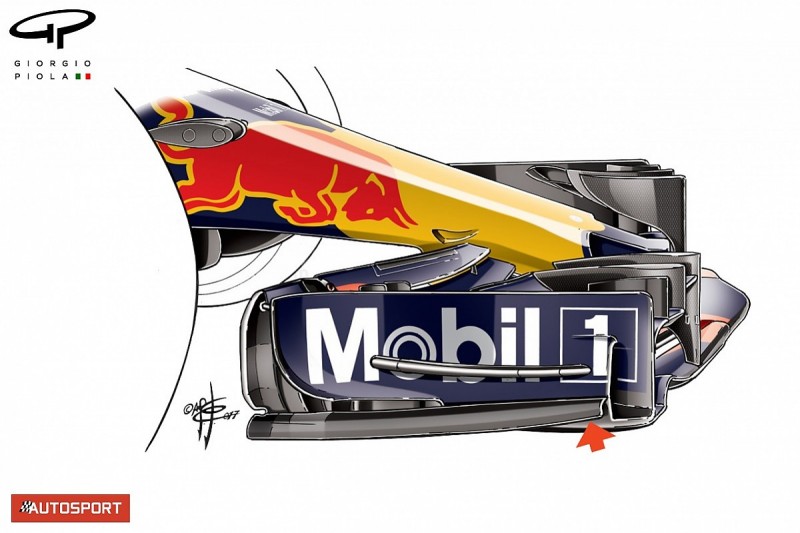 "What was very clear in Canada is the performance was there and with that extra performance - not just outright performance but energy management and other aspects that have improved - you can approach the weekend differently," he told Autosport.

"You can make less compromise on your drag level, that was perhaps one of the mistakes made in Ricard. We didn't do that perhaps as much as we should, and so on."

Toro Rosso is not averse to experimenting with novel aero solutions, as it often has to think a little more laterally than rivals with bigger budgets.

That trait has earned it plenty of recognition in the past, as other teams up and down the grid keep an eye on its developments and often copy some its approaches. 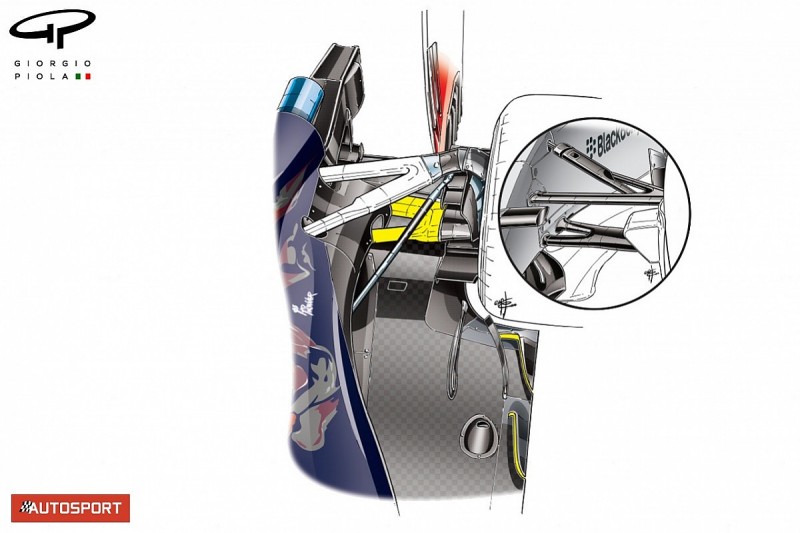 Recent examples include its conjoined rear wishbone (above), or its intersecting rear wing support pillar (below) - designed to not only reduce unnecessary complexity but also assist in directing the exhaust plume more efficiently. 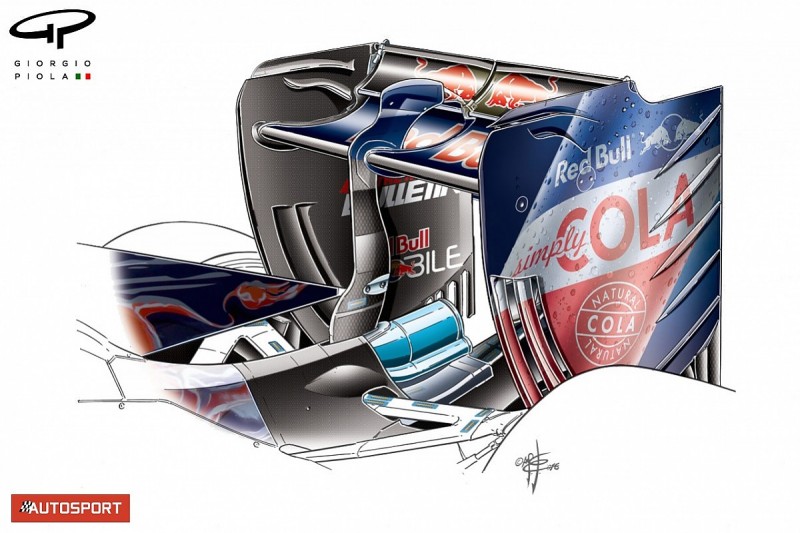 Toro Rosso's new front wing is also something that could have ramifications for designs built around new regulations for 2019, which should kerb outwash effects. 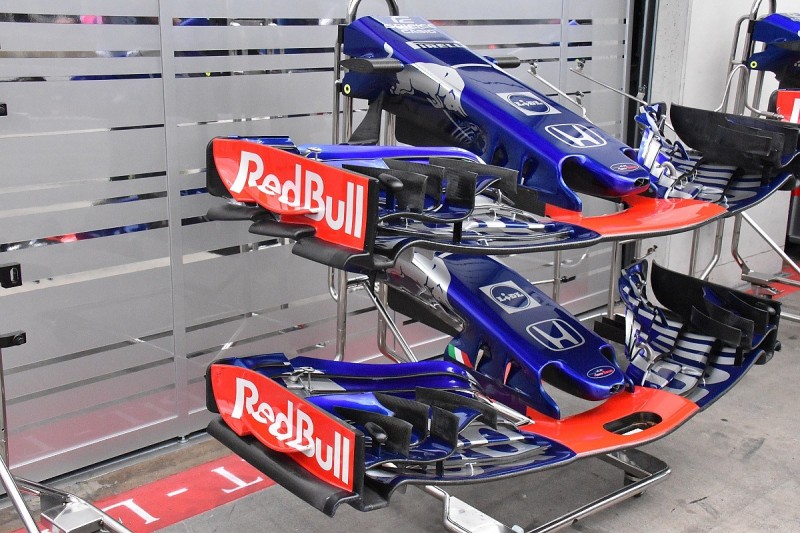