The new MGU-K, which Renault believes offers both improved reliability and performance, has been fitted to the works cars of Carlos Sainz Jr and Nico Hulkenberg as well as McLaren driver Stoffel Vandoorne's engine.

It is the second example of the part each driver has used this season, so none of the three will incur any grid penalties for using it.

But Red Bull has chosen not to use the new spec because both Max Verstappen and Daniel Ricciardo would receive grid penalties if they take an extra MGU-K.

The same also applies to the second McLaren of Fernando Alonso.

Renault F1 managing director Cyril Abiteboul told Autosport the part would be available to all three Renault-powered teams, but said "not all teams have elected to go to the new spec".

Abiteboul added that the new unit has "better performance, better packaging and [comes] with a better reliability level".

Hulkenberg played down the significance of the change, but revealed that the new unit has saved some weight.

"We don't expect a huge deal from it," said the German. "It's not going to make us a second a lap quicker or something. 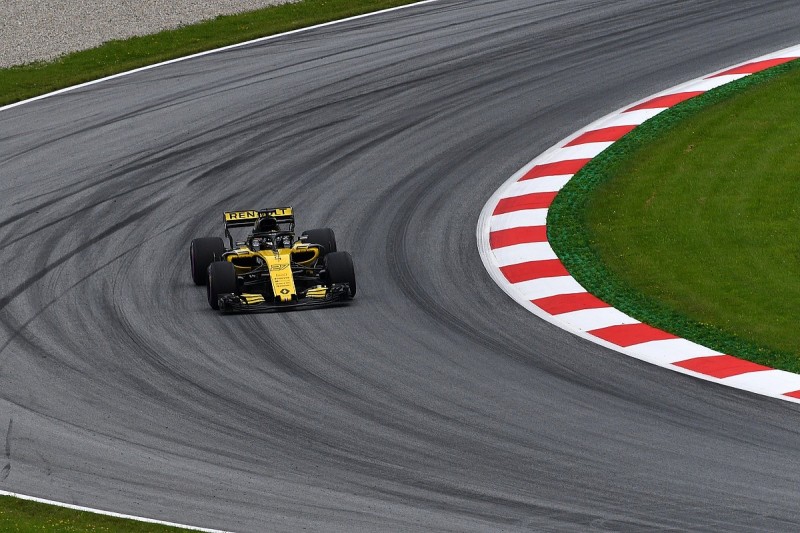 "It's one piece of the puzzle in all the updates we bring over the course of the season.

"The positive news is that there is quite a bit of weight saving. Recently I have been quite a bit overweight, especially in qualifying, which just costs performance.

"That will help me more than anything else, I think. Also the team hopes for improvements on reliability."

In other Renault changes for Austria, both works Renault cars and the two McLarens have a new energy store, Sainz has a new turbo and Alonso has a new control electronics.

None of those changes will trigger a penalty, but in each case the driver is on the bubble with that particular element, and therefore one more change away from a penalty.