Audi has formally announced it will enter Formula 1 from 2026.

Confirmation arrived from Audi on Friday morning ahead of this weekend’s Belgian Grand Prix after the next cycle of power unit regulations was finalised by the FIA last week.

Audi’s entry marks the first major step into F1 from 2026 for the Volkswagen Group. It is set to be joined on the grid from 2026 by sister brand Porsche through a partnership with Red Bull.

Audi will develop its new power unit out of its Neuburg site, with its operations being led by Adam Baker.

There are already test benches in place for F1 engines, and plans are being put together to expand the personnel and infrastructure for the Audi F1 project by the end of the year.

“Formula 1 is both a global stage for our brand and a highly challenging development laboratory.

"The combination of high performance and competition is always a driver of innovation and technology transfer in our industry.

“With the new rules, now is the right time for us to get involved. After all, Formula 1 and Audi both pursue clear sustainability goals.” 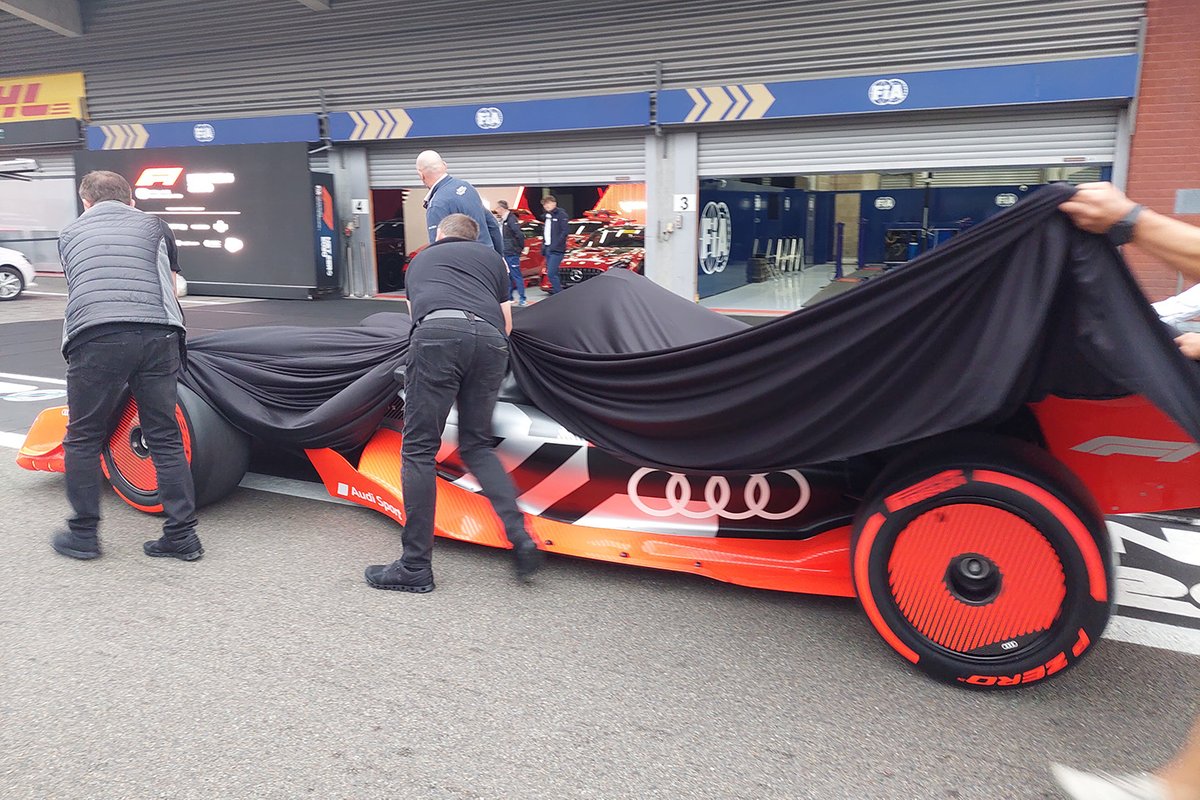 Audi said in its announcement that it will decide on a partner team by the end of the year, but it is widely understood it will work with Sauber.

Autosport reported earlier this week that a deal between had been struck that would see Audi take a stake in the team and give it factory-level backing, something Sauber has not enjoyed since BMW left F1 at the end of 2009.

Audi’s arrival comes after years of links to a potential F1 entry, during which time it has instead focused on its efforts in sportscar racing and, up to the end of the 2020-21 season, in Formula E.

The news marks a major coup for F1, which has seen its popularity boom in recent years while increasing its appeal to potential manufacturers, aided by the series’ commitment to using sustainable fuels.

“This is a major moment for our sport that highlights the huge strength we have as a global platform that continues to grow.

"It is also a big recognition that our move to sustainably fuelled hybrid engines in 2026 is a future solution for the automotive sector.

“We are all looking forward to seeing the Audi logo on the grid and will be hearing further details from them on their plans in due course.”

Audi and Porsche had been waiting on the FIA’s engine plans to be rubber-stamped before going official with their F1 entry announcements.

While Porsche has always been focused on a deal with Red Bull that will see it take a 50% stake in the team, Audi explored options with a number of teams including McLaren and Williams before settling on Sauber, which operates the Alfa Romeo squad.

Alfa Romeo has a long-term partnership in place with Sauber that is reviewed on a yearly basis, but its CEO, Jean-Philippe Imparato, told Autosport he was “not blind” to Audi’s interest.

Alfa Romeo has enjoyed title sponsorship rights at Sauber since 2018, but the team is powered by Ferrari engines.

With Audi’s entry now official, Porsche looks set to follow suit in the coming days by announcing its plans with Red Bull, meaning both of F1’s worst-kept secrets would be public knowledge.