The rebranded Aston Martin Formula 1 team is set to drop Racing Point's pink livery, with the squad expected to run in predominantly green colours alongside a new title sponsor

After changing its name to Aston for the start of 2021, the team that started life as Jordan will lose the pink livery associated with Force India/Racing Point and previous main backer BWT, and switch to a British racing green-based livery that will be fully revealed in February.

The team has agreed a multi-year deal with American IT consulting company Cognizant Technology Solutions.

Rumours regarding a deal between Aston and Cognizant first surfaced over the 2020 Abu Dhabi GP weekend, after the latter concluded discussions with other potential F1 partners.

Partnering with Cognizant - listed at 194 in the latest Fortune 500 table - can be considered a key part of a global promotion strategy for the team, which is set to have an increased profile in 2021, boosted by four-time world champion Sebastian Vettel driving alongside Lance Stroll.

"The return of Aston Martin to F1 after more than 60 years away is a landmark moment in the history of the sport," said team boss Lawrence Stroll.

"Everyone knows what Aston Martin stands for, but the F1 team will allow us to take the essence of the brand to new places, building on the strong foundations laid by the previous iterations of the team." 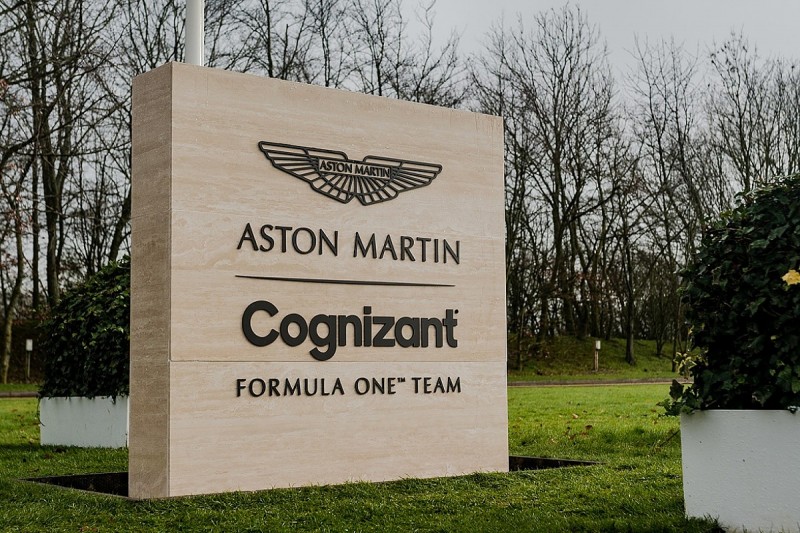 "Innovation and technology are central pillars for any F1 team and this long-term partnership is more than just a branding exercise," he said.

"With a new factory already under construction, Cognizant's expertise and resources will add value in all areas of our IT operations and make a valuable contribution to our performance on track."

It is understood that while BWT will not be Aston's title sponsor, an ongoing involvement for the water tech company with the rebranded squad has not been ruled out.

Speaking as the deal between Aston and Cognizant was announced, Vettel said he was "proud to be part of this journey" at his new team.

He added: "There's so much for me to discover over the next few months and I'm incredibly determined to help make this team even more successful.

"Before we know it, we will be at the first race, seeing this famous name back where it belongs."

The advice for Ferrari's in-waiting F1 star from his predecessor