Outgoing Renault Formula 1 driver Daniel Ricciardo has recalled the "panic" he felt after an inconclusive COVID-19 test result last season, before eventually being cleared as negative

All F1 drivers and paddock personnel were required to undergo regular COVID-19 testing as part of the FIA's protocols to stage races throughout 2020 following the start of the pandemic.

No-one was permitted to enter the paddock without a negative test result for COVID-19, while three drivers ended up missing races as a result of contracting the virus.

Sergio Perez missed two races at Silverstone after testing positive, while Racing Point team-mate Lance Stroll returned a positive result after dropping out of the Eifel Grand Prix through illness.

World champion Lewis Hamilton was absent from the Sakhir Grand Prix after contracting the virus. Earlier this week, McLaren's Lando Norris tested positive while on holiday in Dubai ahead of a training camp.

Reflecting on the 2020 season in a roundtable with select media including Autosport, outgoing Renault F1 driver Ricciardo recalled a scare he had with an inconclusive test result.

"I did actually wake up one morning with [an inconclusive result]," Ricciardo said.

"I had a scare at like 6am one morning. I was then trying to figure it out, and had to get tested again. There was a bit of panic, and that wasn't fun.

"I was fine in the end, but that obviously was something I hadn't kind of gone through before. And then you kind of start playing games in your head, like 'do I feel a little [unwell], maybe I do have it!

"That was a bit of panic one morning actually." 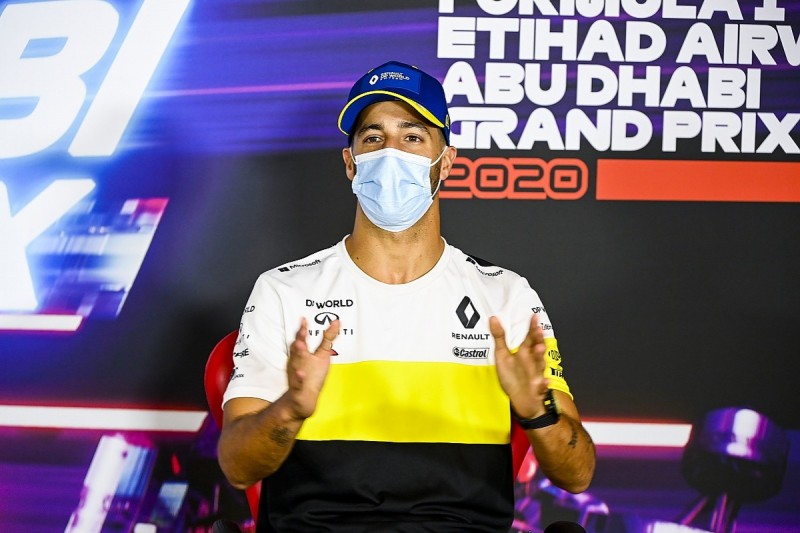 All paddock personnel who returned an inconclusive test result were forced to undergo a re-test.

A similar incident occurred with Red Bull driver Alexander Albon ahead of the Eifel Grand Prix, prompting the team to put Nico Hulkenberg on standby.

The Australian felt Perez's positive test result acted as a wake-up call about the risks drivers were facing and the possibility of missing races, prompting him to become increasingly careful as the year went on.

"As the season went on, I became more and more disciplined with isolating or just taking care of myself, especially after Checo got it.

"I was like, 'OK, this isn't a joke'. I was being very careful, so I was quite surprised. In the end I didn't have it.

"But I was scratching my head. It still scared me though."

Russell: Fighting Vettel in F1 showed me where I can improve