Alpine Formula 1 team executive director Marcin Budkowski says it would be "quite worrying" if teams playing tricks with tyre pressures before the latest clampdown by the FIA.

Following an investigation conducted into the failures experienced by Max Verstappen and Lance Stroll in Baku, the ruling body sent teams a lengthy technical directive this week.

In essence, the TD reiterated the existing focus on the importance of running above the minimum pressure prescriptions set by Pirelli.

Among a series of measures, it introduced new rules on the use of blankets, and stressed that tyres will now checked more often and more thoroughly after they've come off cars, in order to ascertain that the pressure remained above the prescribed limits when used on track.

Red Bull and Aston Martin both issued statements this week insisting that they have operated their tyres to Pirelli's prescriptions at all times.

Budkowski has welcomed the clarity provided by the FIA's clampdown on tyre operation.

"Certainly it was important to get to the bottom of it, because it's a safety critical matter," Budkowski told Autosport. "The reaction of increasing the rear pressures, and the conclusion, seem to indicate it's a failure of the tyre.

"The reaction of the FIA really is actually not a significant change in the operating procedures, it's a lot more clarity and a lot more tightening of the operational procedures.

"Whether that suggests that some people were taking some freedoms with operational procedures, that's a step I won't make, because I don't know. But if that's the case, it's quite worrying, because it's a safety critical matter. 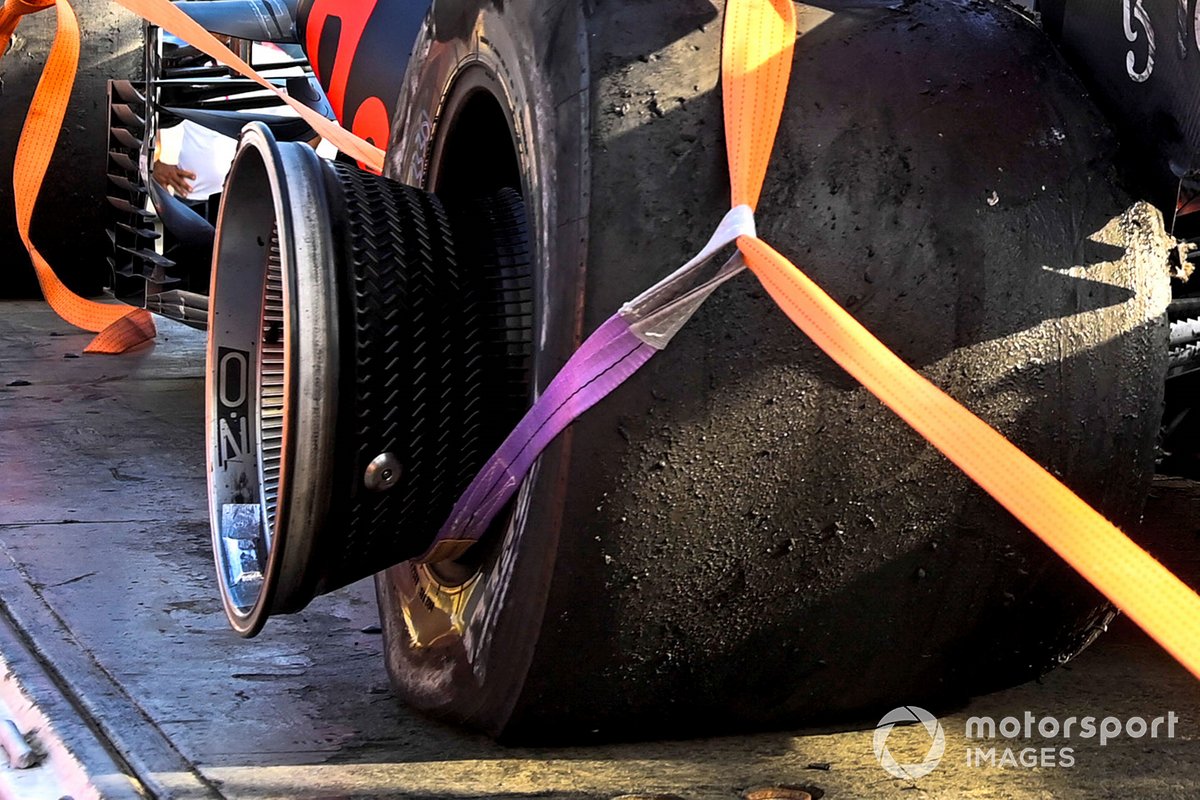 "In general there are tighter procedures and checks that have been imposed. It's not fundamentally different from what was in place. So obviously we welcome the fact that it's going to be checked thoroughly, because that's something you don't want to play with.

"If Pirelli gives a minimum prescription, there's a reason for it. And if it's not respected, then it can lead to failures."

The TD also addressed the issue of teams removing tyre blankets early during qualifying, thus potentially allowing pressures to drop to a more favourable level before drivers take to the track.

Some teams had complained to the FIA after Red Bull was seen to remove blankets unusually early prior to sending its cars out.

Henceforth, blankets can only be removed immediately before the car leaves the garage, with pitlane traffic the only excuse for a delay, with a 30-second tolerance allowed.

"I think there's different things that are being done," said Budkowski. "And it's not necessarily to go around the pressure prescriptions. You manage your tyre temperatures going into the session, you manage the balance of temperature between the front axle and the rear axle.

"Sometimes playing with with blankets temperatures or early removal is just getting the best balance front to rear.

"But the way the TD is written, it seems that it could have been abused to lower the pressures, and therefore the FIA is becoming stricter on it."