The updates brought by Alpine to Imola for its A521 Formula 1 car may offer a bigger step in performance at other tracks, according to racing director Davide Brivio.

Alpine looked to bounce back from a disappointing opening race of the year in Bahrain by debuting a number of car updates at the Emilia Romagna Grand Prix.

The team once again struggled to keep up with midfield leaders McLaren and Ferrari at Imola, with Esteban Ocon and Fernando Alonso only qualifying ninth and 15th, respectively.

Ocon and Alonso finished ninth and 10th in the race, both gaining a position thanks to Kimi Raikkonen’s time penalty that dropped him out of the points.

Alpine racing director Brivio said that the team could feel a step forward with the updates it brought to Imola, but was hopeful they would be even stronger at other circuits.

“We found some improvements, yes, [and they are] working well, yes,” Brivio said.

“There might be the possibility that maybe these improvements and these upgrades will be more useful also on other tracks.

"But yeah, we’re quite happy, and I think we did an improvement. We’ve come closer [to the cars ahead], I think.” 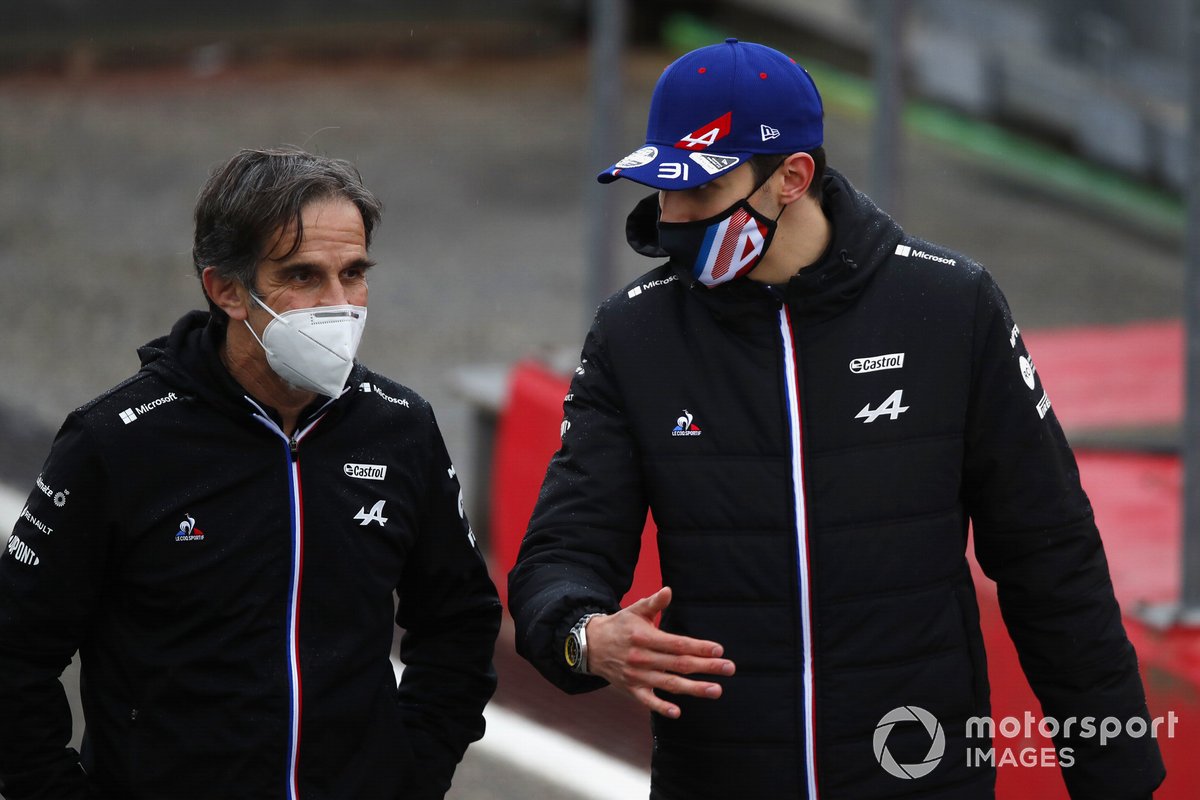 Although Brivio would not reveal how much time had been gained with the new parts, he said there was a measurable difference compared to Bahrain.

“But I think I don’t want to say any number, to not make too much expectation or any disappointment. Let’s see.

“But of course we have a number. We have some feeling of improvement. We feel it’s better, and that’s why we keep going.”

Alonso felt from driving the car that the updated parts helped offer Alpine greater downforce and a better balance for the A521 car.

“I think we did improve the car from Bahrain to Imola, all the new parts were positive in free practice,” Alonso said.

“The things that we tested, they showed us there was an improvement in terms of aerodynamic load in the car, and more downforce in the car.

“Also the balance I think it is better than what it has been in Bahrain, with more rear grip. So overall I think we made a step forward in the right direction.”